Forged in the fires of very bowels of hell that have created an obsidian tower of Death Metal and atmosphere the equivalent of a black hole that draw you in and crush your bones like a snake, Hadal Maw have been treading where Gods fear for nearly a decade. Breaking the chains of their native Australia after a trio of critically acclaimed records in 2014’s “Senium“, 2017’s “OLM” and 2018’s “Charlatan” to play eleven countries in Europe in 2019 with Aversions Crown, Psycroptic and Within Destruction, their stock had been on the rise before the plague had them bidding their time…

…Mixed and Mastered by John Douglass at Vorticist Studios (Avatar, Deicide, DevilDriver) the band have constructed a new EP that sees them introduce a pair of new musicians to the ranks in drummer Liam Weedall of Dyssidia fame and bassist Jarrod “Red” Sorbian of Départe and that new rhythm section delivers the kind of artillery shell pummelling that everyone can enjoy with wave after wave of attack. Subtle and expertly executed tempo changes and smatterings of blast beats elevate the Blackened Death Metal of “Fetishize Consumption” to a new level of pain with schizophrenia enduing haunting lead moments, spine shattering Deathcore breakdowns and throat splitting vocals of the finest order. Then comes the title track, a prize offering that sees a trio of guest appearances from acclaimed and accomplished vocalists in the Australian scene as Hadal Maw birth a gargantuan beast of epic proportions that is nothing but pure evil with some intricate touches including a Fallujah esq Progressive Death Metal solo that is simply inspired before synths create a windchime effect and everything else falls into place in abject horror. In some ways this quartet of savage cuts are perhaps more visceral than the band have produced before but its the technical aspect and attention to detail that strikes like the knife behind the shower curtain in Alfred Hitchcock’s Psycho here. “Future Eaters” has a dark beauty to it with some fascinating and yet nausea inducing melodies with the bands bludgeoning meaning that its so much more than a brick fight blunt force trauma and then you have “Vile Veneration” that closes “Oblique Order” leaving you wanting, needing and begging for more. A whirlwind of ash black in a shroud of darkness soaked in misery with Sean Dillon’s incredible vocal range tearing limb from limb, the finale is the beginning of the apocalypse from the Greek God of the Underworld himself [8.5/10]

“Oblique Order” by Hadal Maw is out 31st December 2021 via Blighttown Records with pre-orders available over at bandcamp. 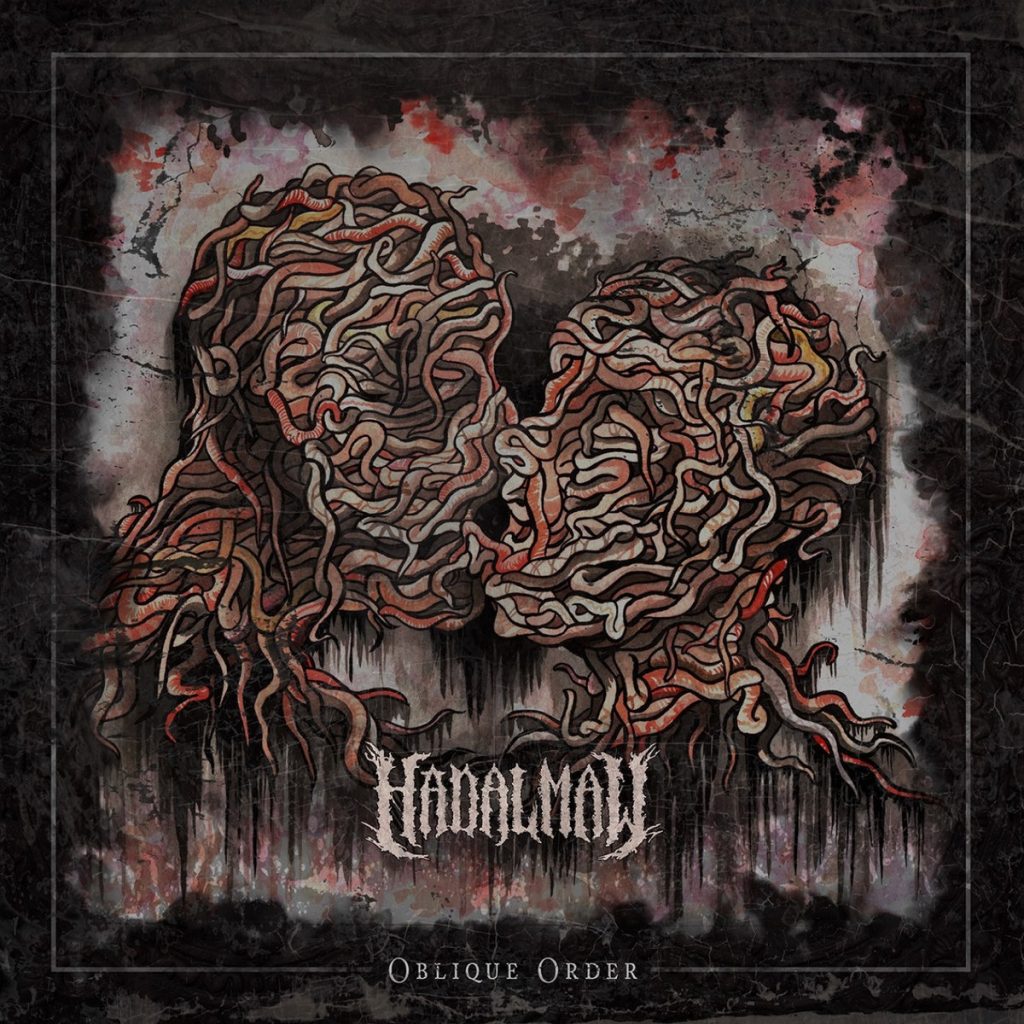