It’s amazing how new bands fall into your lap when you least expect them to. Drill are a Filty Metalcore quintet from Gallen, Switzerland with Hardcore leanings; brought to our attention by the fact that their EP “Mesotes” is Mixed and Mastered by Loathe guitarist Erik Bickerstaffe. Both he and fellow six string merchant Connor Sweeney have been producing, engineering, recording, mixing and mastering underground bands for some time and the fact one of them is involved is like a seal of approval. Add to that the presence of Marc from Paleface who delivered the brilliant single “Curse Us” a couple of weeks before this dropped and you’ve got plenty to sink your teeth into. Both guests are from bands out of Switzerland so its pretty safe to say these songs should be performed live with the trio of acts sharing stages so the vocalists can reprise their roles; something that always goes down well with us. The artwork from Julia Neukomm is inviting, offering up a the seedy notion of a neon sign above a brothel entrance; the “Mesotes” is the mean between two extremes which are excess and deficiency; the mean between recklessness and cowardice is courage; between impulsiveness and indecisiveness is self-control…

…That suggests that this EP should offer up contrasts of violent extremes and from “Intro” it does that; moving from a Melodic Metalcore sound with Post Hardcore leanings akin to Counterparts to Beatdown breakdown with it’s single verse. Lyrically “do not look for gold on the golden middle course” sees “Trap” as the title track with Marc from Paleface; a Slamming Beatdown band from Zurich, Switzerland making a guest appearance. The track itself is a mid tempo chugger with some interesting tapping sections and atmospheric moments that underpin it before a mid track metamorphosis into a Metallic Hardcore track via some beatdown moments; the combination works well but the band need to avoid being a one trick pony. Tempo shifting for a raging start “Context” bursts a few blood vessels as it rushes out of the gate like a Greyhound out of the traps before slowing down to build in a Post Hardcore lead part that makes way for some clean sung vocals that alternate with uncleans to the end; expect the unexpected and you’ve got it on this one. “Slow Motion” then bolts from the blue at 110mph as a beatdown cut of savage intent before slowing down to a downtempo crush over just 109 seconds, as if the melodic moment of the previous track wasn’t a thing; the slap in the face that draws blood from the girl who kissed you not 5 minutes ago. A straight up Hardcore cut “Real Talk” talks the talk and walks the walk with plenty of swagger and staccato riffage galore, the pick slides a must. Julian of Wolfbite, a Beatdown Hardcore from Switzerland joins for “Outro” and sees the band deliver a downtemp skullcrusher that will fill the pit while also name checking “Real Talk“; making it the perfect partner track for the live shows, the pair go hand in hand like Bonnie and Clyde [7/10]

“Mesotes” by Drill is out now and available over at bandcamp 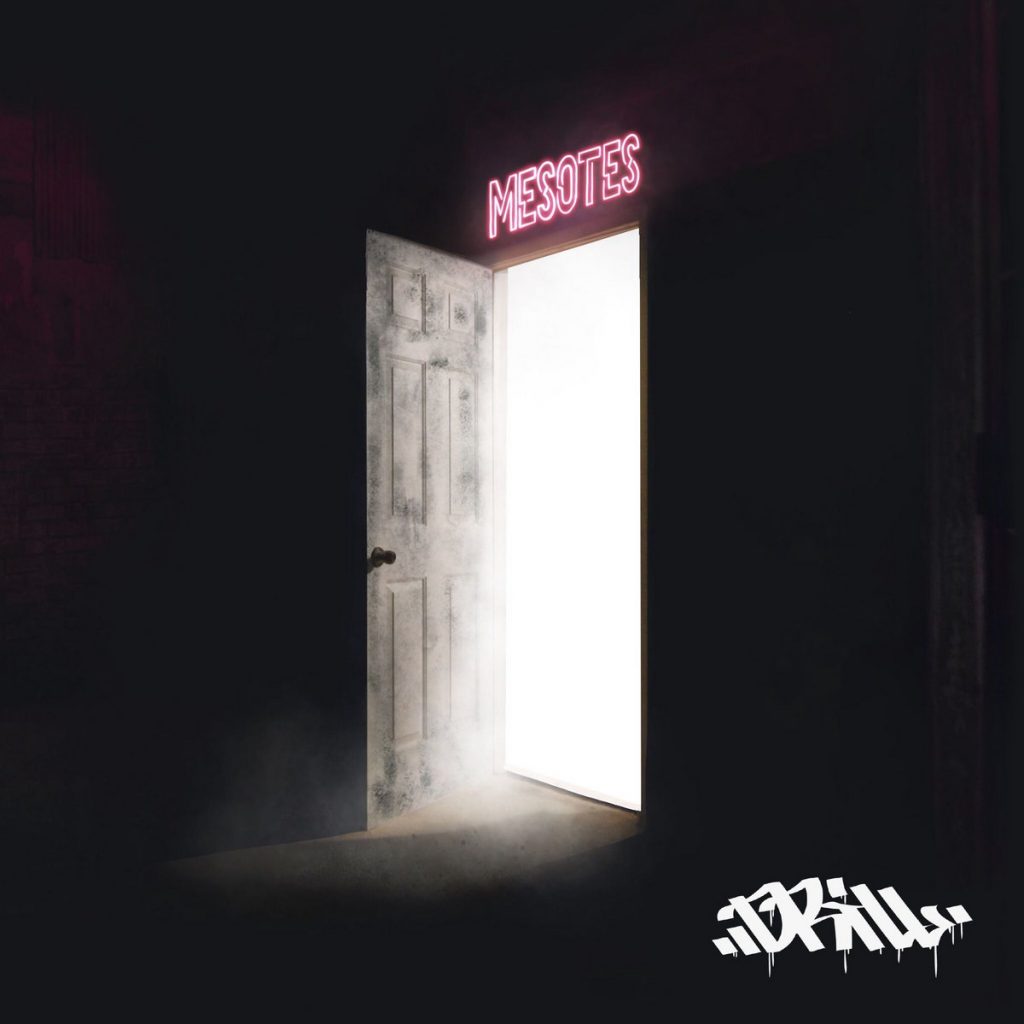