Skip to content
HomeReviewReview: “Songs About Mostly Pubs and Drugs Vol. 2” by Plants

Recorded at The Pet Food Factory April 2019 by Jay Whalley before being mixed by Clem Bennett, mastered by Jacob Hedges and given artwork by Jaben Betz at Pineapple Stickers Art, “Songs About Mostly Pubs and Drugs Vol. 2” just so happens to be the debut EP from Sydney New South Wales Punk Rock trio Plants. Having reviewed their sophomore effort “Vacuumed Half To Deaf“ in April, returning to review this one was a real obvious choice given the hilarity of the Aussie humour and riffs in abundance that the explosively energetic band deliver there.

An ocean of Punk Rock swagger to bring in an EP with warm fuzzy guitar tones, a clean crisp drum sound, neat mini solo moments and some orgasmic picks slides is exactly what the doctor ordered when it comes to getting wasted on a Saturday night. Add to that the catchier than an sexually transmitted disease lyrics and you’ve got yourself a winning betting slip in “Losing You“. There can’t be anyone who hasn’t winced at the prices at a service station and Plants have inked their own ode to which we can all relate in “Servo Ciggies“; keeping the comedic element in full tongue in cheek humour flow. It’s a classic of the over worked and underpaid which is picked up later in “Burger Brain“, a Celtic Punk classic in Dropkick Murphys style that will have you signing along from the very start. No-reinventing the wheel required, especially when you’ve had many too many beers and the solo is simple perfection. “Late In December” has the riffs of Foo Fighters combined with the NOFX attitude all wrapped into one high caffeine, full fat, all sugar rush that will see plenty of folks charging around the mosh pit, the familiarity of it makes it an instant win while the sing-a-long lyrics are all you ever need. The second cut to use an Australian slang term is “One Too Many Durries“, referring to one too many cigarettes of the roll your own variety; this one is faster and more aggressive and the perfect ending to 12 minutes of an EP that you just want to put on repeat again and again because it’s so damn addictive. You’ll know every word by spin 3, guaranteed [7.5/10]

“Songs About Mostly Pubs and Drugs Vol. 2” by Plants is out now and available over at bandcamp 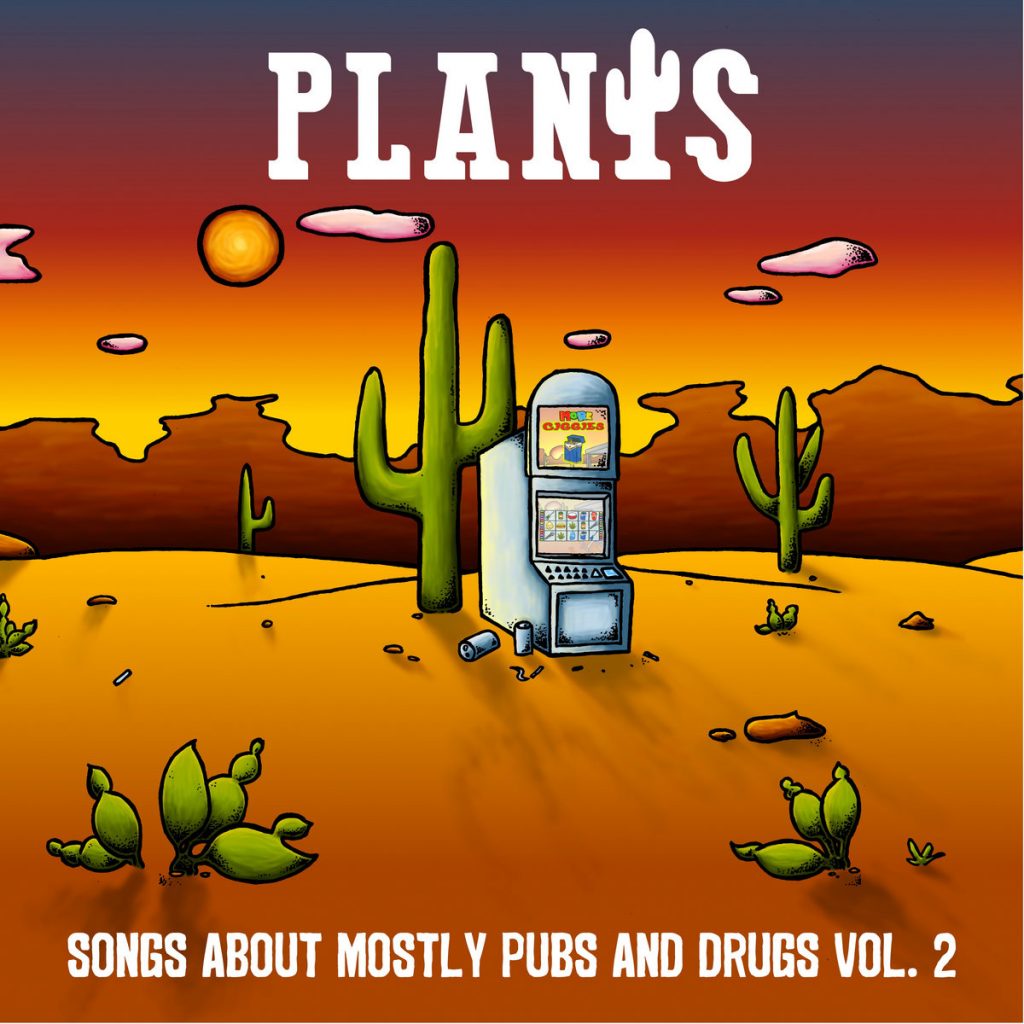 Tags:Plants, Songs About Mostly Pubs and Drugs Vol. 2, Vacuumed Half To Deaf