Getting the sound you want from your record relies on the person who is handling the mixing and mastering of it. As a band, handing your creations over and hoping that they sound as your vision was or perhaps better, must be a nerve jangling moment. But there are certain people who you can can trust, based on their prior work, to get you what you’re looking for. For Norwegian quintet Fixation, they opted for Jason Livermore (Rise Against, Carnival Kids) in the hopes of getting an arena filling sound from their material. Their sound needed to match the intensity of their socially, politically and environmentally aware lyrics that reflect upon the state of today’s society while focusing on where they feel we need to take drastic action. Looking at such weighty issues like the climate crisis, political injustice and mental health is often better received with a sound that punches you in the gut. Look not further than Earth Crisis as a prime example. The gravity of the sound needs to match the weight and grit of the lyrics to help get the message across. It’s as simple as that.

Fixation are a band who take influence from the likes of Bring Me The Horizon, Nothing But Thieves and Architects, wearing their hearts on their sleeves with both pride and passion that bleeds through the bandages on “Global Suicide“. Icy cold synths and programming underpin Alternative Metal guitar work and soaring vocals on “Neurosis”, a song which name checks the title of the record as it plays out, making use of all the modern production techniques that major label acts do for this debut. Jonas Hansen’s vocals aren’t particularly accented, giving the band a wider appeal while including a breakdown on this one is a moment given how bold the rest of it is. Aching clean vocals bring in “Survive“, a song that lyrically defies Hansen’s years with its sense of responsibility for the actions of humanity. It serves as a spotlight and with the sing-a-long chorus and polished, well developed sound, it’s a well delivered message. It’s not about one particular instrumental but the soundscape as a whole. Two tracks in and you might think you have Fixation’s sound nailed and you’d be wrong. “Bloodline” delivers a bigger punch with Progressive leanings that have a Northlane influence with a heavier guitar sound, the first unclean vocal moments and profanity, while not losing any of the energy or beauty of the earlier pair. It shouldn’t be long before the European Festival circuit are singing “You’re f***ed if you’re not part of the bloodline“. The anthemic nature of each of these songs is impressive, the little nuances and complexities that pop out of the mix over repeated listens are a joy. By the time we reach “What We Have Done“, you might have thought that the band would run out of steam, but no, this last one is a head in the hands moment of clarity that speaks of how humanity is destroying the Globe. Can Fixation sustain this level of depth, texture and gravity over a full record without it seeming drawn out and over long? The subject matter is deep and the sound huge on this offering so perhaps we will not have that long to wait [8/10]

“Global Suicide” by Fixation is out 7th August 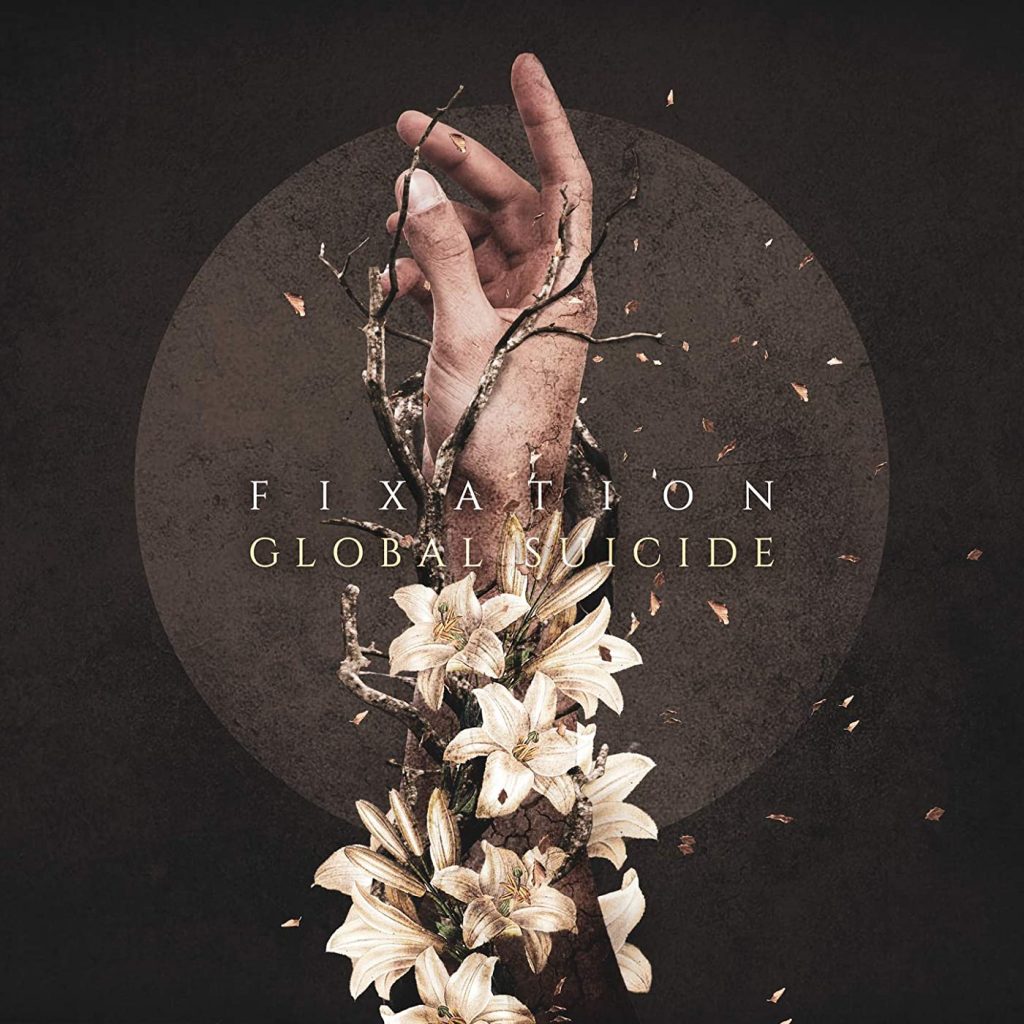