Last summer saw independent 4 piece heavy Darkmatter drop single “Binge“, a lethal dosage of Australian hatred complete with a music video directed by former Aversions Crown frontman Colin Jeffs of Ten of Swords Media Collective. A cut with a combined 78,861 streams between Spotify and YouTube alone, it’s one that has enhanced our interest in the bands debut EP “Project Darkmatter” without mentioning that the record was Produced & Engineered by Cody Brooks (Dealer, Iconoclast, Daybreak) before being Mixed & Mastered by Lance Prenc (Void Of Vision, Alpha Wolf, Polaris)…

Australia has long been a hotbed of talent in Metal, throwing up a diverse set of bands offering interesting sounds to soothe even the savage beast and that doesn’t look like changing any time soon. So what if you took the electronics of “Alien” era Northlane, the Nu-Metalcore of Dealer and the Trap Metal that Emmure and Attila have put out on the side lines from time to time and put them into a blender? You’d end up with something that sounds like Darkmatter. Purists need walk away now because from here on in it’s all about the Frankenstein’s monster. Opening cut “SoulSick” is a vicious little ditty of powerhouse Nu-Metalcore sounds devolved from Deathcore with self loathing introspective lyrics that as it closes morphs into a heavy electronic sounds with a slow your roll rap vocal. Its a diverse combination that holds together because of the darkness of the narrative that runs through it alongside the bombastic bass drops and abrasive riffs. The diversity in the vocal department continues into “DNA” which has a clean vocal of aching anguish spliced into rap lines and throat splitting uncleans offering a sense of schizophrenia split personality chopped up with staccato riffs that slap hard. What makes this work incredibly well is the transitions between styles which are as slick as they come and have to be in order for this not to sound like a train wreck waiting to happen. The band have clearly taken their time to get it right with creativity and catharsis, something which can only be admired. Both “Cyan Blue” and “Parasite Culture” bring the short sharp shock tactics with tectonic plate damage threatening staccato riffage spliced with clever electronics, the less than 180 second runtime seeing the band simply pull the in on the grenade, throw it at your ear drum and then run like hell. Incendiary and caustic the punches keep coming and coming until the body is still and bloodied and in “Binge” they save their heaviest cut for a finale of lyrical mental torment that exposes horror against a heavy backdrop before cutting dead and leaving you crying out for more. In truth, there is less of the electronica and rap than perhaps the band suggest, it’s more of an augmentation or bejewelling of these cuts than being an entity which switches from one complete style to another for a single track. It will be interesting to see whether in time they can continue to maintain these levels of diversity or whether some aspects fall away but as a first punch, this hits like a knuckleduster to the face [8/10]

“Project Darkmatter” by Darkmatter is out 17th February 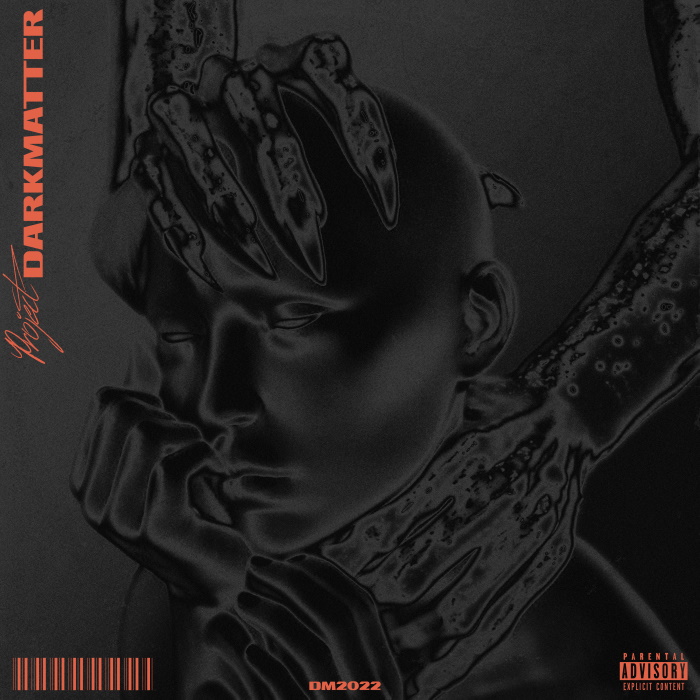