A Finnish Folk tinged Black Metal act inspired by a love of old Nordic lore, myths and legends Kouta unveiled their debut EP “Aarnihauta” last month, one which thematically tells of the appearance of the mythological being from which the band take their name, whose malevolence brings judgment and despair upon the treacherous mankind. Intrigued by the spellbinding nature of the beast, we reviewed the record and had several burning questions to ask them so here is the first of two exclusive interviews!

How have you found the reaction to “Aarnihauta” so far? “The reactions so far have been really positive. People have said that our music represents an interesting angle to more traditional black metal. It is great to hear positive feedback and that people enjoy the music but also that they’ve not heard anything similar in a while!”

The press that accompanied the EP release mentions that you have a sophomore EP and full length album completed; how does it feel to have the first piece of the puzzle out in the wild? Can you tell us anything about what is to come from those next releases? “It feels marvellous to see the work you put in come to bear fruit. It also encourages us to do more, which feels great as well! Right now, I cannot wait to get to play our springtime shows. In February we spent around two weeks in Lapland, recording a new  EP and a new  album. The sophomore EP has four songs, of which two are more melodic folk-metal and the other two have a rough thrash metal vibe. Live bangers! So definitely a bit of a new direction musically for KOUTA.

The album is quite the narrative on its own. We wanted to build a well-structured story arch from beginning to end. Both thematically and musically. I am happy with the results we got from the time in the studio. There are still some vocals to be recorded later this year. The first mix will tell us a lot, so we will have to wait and see. What is to come? More folk, more black and more banging”

We’ve described your work as being from the second wave of Black Metal with Folk Metal elements; who would you say your influences were? “I can only speak for myself, but my musical influences metal-wise are the more typical folkish metal bands like Ensiferum, Wintersun, Amorphis, Finntroll etc. And from blacker stuff maybe Behemoth and Emperor. An influence list would be endless, so let’s say that the whole northern European metal scene is an influence!”

The music video for “Maanviha” (or “Anger“) is a very traditional one of fire and ice with ritualistic stylings. How did the concept for it come about? “In the music video, we wanted to tell the story of the resurrection of Kouta. The dark woods in the winter joined with fire and a ritual summoning are a great introduction into KOUTA’s music as well. At first, we were supposed to make three videos, but in the end decided on one. We tossed around ideas of what could be done with a relatively small budget in a single location – which actually happens to be quite close to the studio in Lapland. We then wrote the script from the ideas to match the story of the EP. Two of our good friends who are professionals in the film industry – Aapo Lahtela and Juuso Voutilainen – shot the video, while Antti – also a professional in the film industry – directed it. A great deal of fun to spend four days in Lapland and not to sleep at all! And the amount of beer..”

If you could bring a guest to the studio to record with you, who would you like to work with? “Hah! A hard question. From the top of my head, I would love for Marko Annala from Mokoma to come and do some vocals for some tracks. Or maybe the lads of Wintersun to come and sing massive choirs with us!”

New music aside, what’s next for Kouta? “During the spring we will play a set of live shows around Finland, try and finish the second EP in time for release and then start working with the mixing of the album together with Pekka Posio. And now that the first two EP:s and the  album are recorded, I definitely want to sit down in my home studio and write more music! Crazy harmonies are looping in my head as we speak. But more of that later!”

“Aarnihauta” by Kouta is out now and available over at bandcamp. 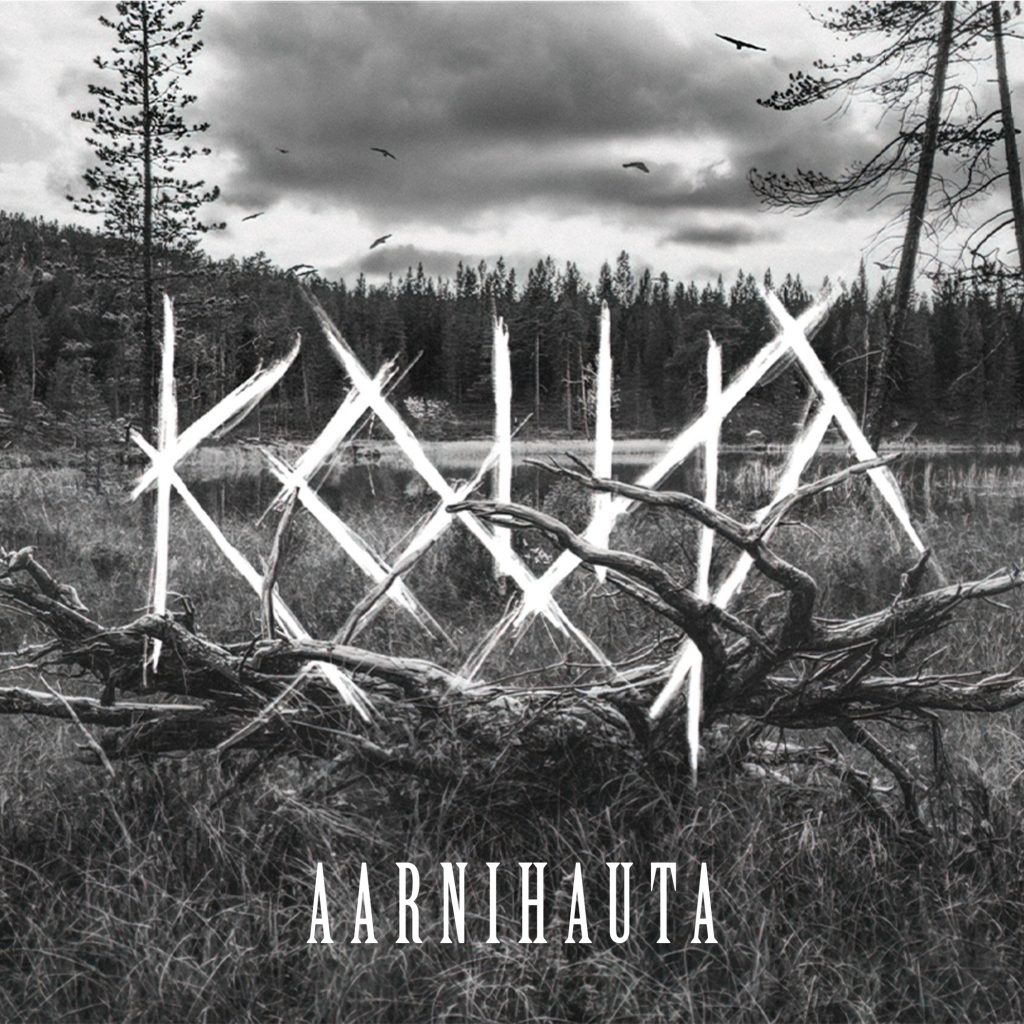