In the midst of the winter of discontent the return of Pandang Indonesian Metalcore merchants Raze with a follow up to 2019’s the well received “So Repeat This Line” almost went under the radar fortunately getting our attention with single “313“. That features not only a guest appearance  from Deni Januarta of The Secret but also a cast of ten including a cellist, a dancer and a pair of violinists making an appearance, blowing the budget in style but also gets the full on orchestral treatment. Recorded at 3am Studio it left us wondering if it fulfilled the prophecy that the band created for themselves last time around with the statement “we combined the elements of thrash metal, nu-metal, heavy metal, modern metal with contemporary classical and minimal music”…

…the answer is a resounding yes as the band augment their sound with well thought out atmosphere creating orchestral embellishments that help create a sense of tension in a way that lead guitars or synths wouldn’t be able to carry off. They’ve ensured that they haven’t lost an ounce of their aggression as they pack “313” with high octane percussive battery and riffs that are their stock in trade under the weight of that orchestration and the result is something that sounds like a concept similar to that which Metallica employed with their “S&M” record. Largely in their native tongue it’s a classic headbanging to a foreign film vibe that is very well executed. Then comes the surprise in the title track “Ad Infinitum” which pushes the orchestral vibes to their absolute maximum to create a Metalized version of something that sounds like it belongs to the classic Disney movie Fantasia. Classical guitar moments build gracefully during the instrumental into an epic crescendo of swirling percussion and heavier guitars before fading gracefully with epic cinematic beauty. The storming 2020 single  “Kratzer” then charges in like a Bull in a China shop, a Thrash fuelled Modern Metal affair that ignites the blue touch paper having been neatly conjoined to the previous cut by a sample. That aids the flow between the two before the throat shredding vocals and ripper of a solo fade into more ambient Progressive Metal to close. As a trio dispite the absence of orchestral elements they work very well together before the aching stripped back acoustic version of “Voices” rounds things off with a flute moment offering something a little different. The vocals are a little rough around the edges but otherwise it works really well and for an EP that on paper reads like a collection of tracks thrown together it actually sounds anything but [7.5/10]

“Ad Infinitum” by Raze is out now 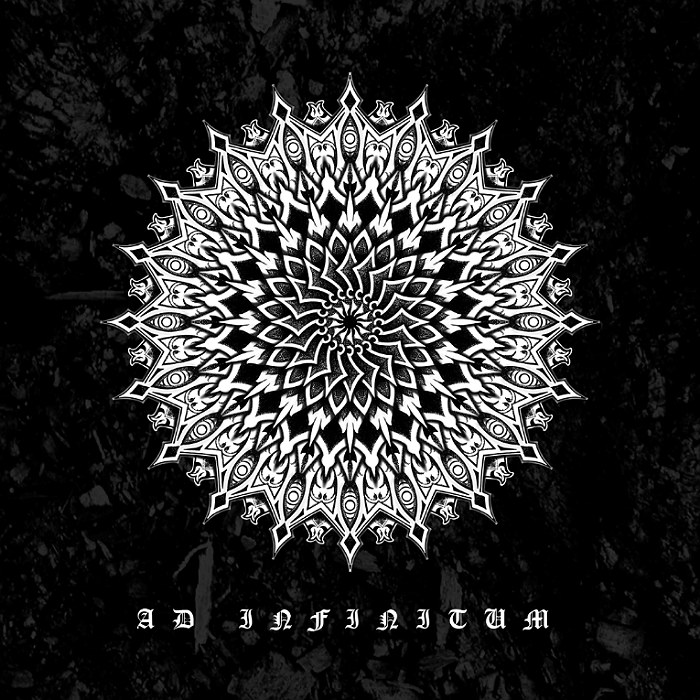