Skip to content
HomeReviewReview: “Self Titled” by Decayer (Fifth Anniversary)

Back in 2017 Tuscon Arizona Deathcore Collective Decayer arrived like a Prize heavyweight contender, armed for the apocalypse with their self titled debut EP. They officially formed a year earlier as a collection of seasoned musicians from various other heat bringing projects as vocalist Harrison Burkardt and guitarist David Scordato casually invited guitarist Devon Marr, drummer Taylor Bayless and bassist Keith Huffman over for a conversation about what starting a Deathcore band might look like. Perhaps that is part of the reason that the band opted for a second vocalist in Sean Labrucherie as seeking their own identity in a crowded market place full of acts armed with shock and awe tactics, they set about carving their own piece of the pie by incorporating elements that inspired them and others shyed away from…

…and that combination of elements from the Metal equivalent of the Periodic Table is actually a major part of the bands appeal as rather than simply being for Deathcore purists, they stray from the left hand path in both directions, into Metallic Hardcore and Death Metal territories with and effortlessness that steams from the decision to concentrate of the song writing rather than sticking to a genre. Opening 81 second instrumental cut “Death Tolerance” combines the eerie haunting atmospheric with skull crushing groove, setting the tone perfectly for the powerhouse that is “Dog Whistle” to shake things off with jagged edged angular guitar attacks and viciously violent vocals that touch the edges of Slam without fully committing. Having the throats of both Harrison Burkardt and Sean Labrucherie enables the band to vocally attack with a relentless fashion, as both have strikingly similar range and tones so that rather than always going one then the other, they can intertwine as an unstoppable force. It is however the intricacies of the guitar work with playful lead bursts popping around the bone shattering, oblivion calling breakdown thunder that is what sets Decayer apart from the pack. As killer as the stuccato riff breaks and hideous breakdowns are, it’s those Death Metal leads and blast beat sections of the likes of “Blasphemers” that bring not only the heat but a sense of fun that cuts through the serious nature of the lyrical direction and keeps everything in harmonious balance. The irony of the bands style is that had songs like “Hate Chancellor” appeared in 2003, they’d have been labelled as The Black Dahlia Murder were in their early days and lumped in with Metalcore and there is so much more to this band than that. The socially aware “Attainment Ladder” is a cut glass call against the system with its political agenda but the thinly veiled nature of that is actually really refreshing with no cloak and dagger metaphors. Punchy, catchy, direct and to the point, unlike some this debut stands the test of time with ease [8/10] 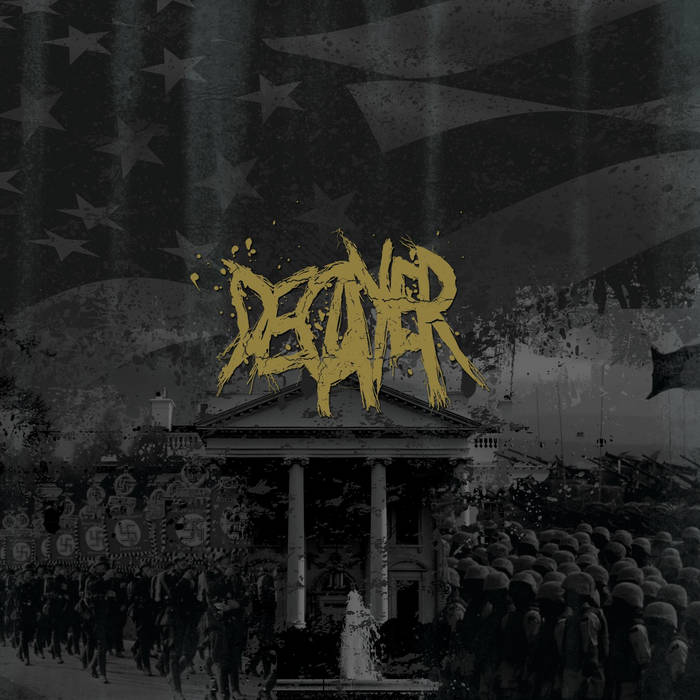