Skip to content
HomeReviewReview: “Darkest Corners” by Buried Under Sky

A new project from a group of 90s Connecticut Metallic Hardcore scene veterans, Buried Under Sky have more scars than most when it comes to Metal. Having no desire to be the fastest, hardest or heaviest while sharing a love for dueling melodies and powerful rhythms, instead in “Darkest Corners” they promise to have made the record they wanted to listen to. Just who are those veterans you ask? Ian Kauffman, known for his work in Red Tide, Deadeyesunder, Crossthread on Lead Guitar and Synth. Kevin Salvatore formerly of Deadeyesunder on Rhythm Guitar. Jay McGuire from Otep, Tyrant Trooper on Bass. Charlie Sad Eyes who lent his throat to Crawl Below, When The Deadbolt Breaks and Animal Schoolbus on Vocals. Then you have the intriguing prospect of Mark Castillo, formerly of Between The Buried & Me, Bury Your Dead and Emmure gracing the drum stool on “To Walk Upon Disintegration“.

The headline grabbing line up makes “Darkest Corners” an intriguing prospect alongside the cover art that feels in keeping with what you might expect from the reputations here but expect the unexpected and you’re sure to be on the right path. A science fiction film inspired synth introduction brings in “Extinguishing The Stars“, an opening cut that leans towards Melodic Death Metal with scathing uncleans vocals as a backing underpinning to soaring cleans, stuccato riff breaks and driving rhythms from what could well be a drum machine makes for a powerful opening statement. Dark and meloncholic, it sounds as if it has been inspired by the likes of Dark Tranquillity with hints of Paradise Lost as it wears it’s 90’s influences on its sleeve. The title track continues in the same vein with flavours of the Gothic in the achingly beautiful choruses, a glorious bass line and powerful rhythm guitars lifting it while the unclean passages provide a welcome caustic and bitter touch. Melodic Metalcore riffs and some headbang ability “To Walk Upon Disintegration” as Charlie Sad Eyes openly talks about self immolation, Mark Castillo’s kit work being the perfect foil and perhaps part of the reason for more of the unclean vocal parts take make this one a stand out on a record that pushes the boundaries of not only the listener but the band themselves. “Ghosts Of May” feels like a Type O Negative cut as it twangs with tales of unending nights spent in endless spider webs of depression. Building like something from Alice In Chains with classically styled soaring rhythm guitars providing the backing to the majestic slow burn of the vocal, it’s a haunting melodic piece that if allowed to ruminate is a harrowing ode to insomnia and darkly brilliant in an abyss staring way. Fuelled by the kind of riffs that made It Does Today famous “We Eat Our Own” is the only cut to manage a solo, making for a heavier conclusion that doesn’t sweep away the meloncholic feeling of the more melodic cuts with a tidal wave but instead builds on the atmosphere while injecting fresh venom. Beautifully carved and wonderfully sculpted, “Darkest Corners” is a record that defies all the odds by doing the opposite of what you might expect given the reputations while also sounding majestic [8/10]

“Darkest Corners” by Buried Under Sky is out 19th August 2022 and is available for pre-order over at bandcamp. 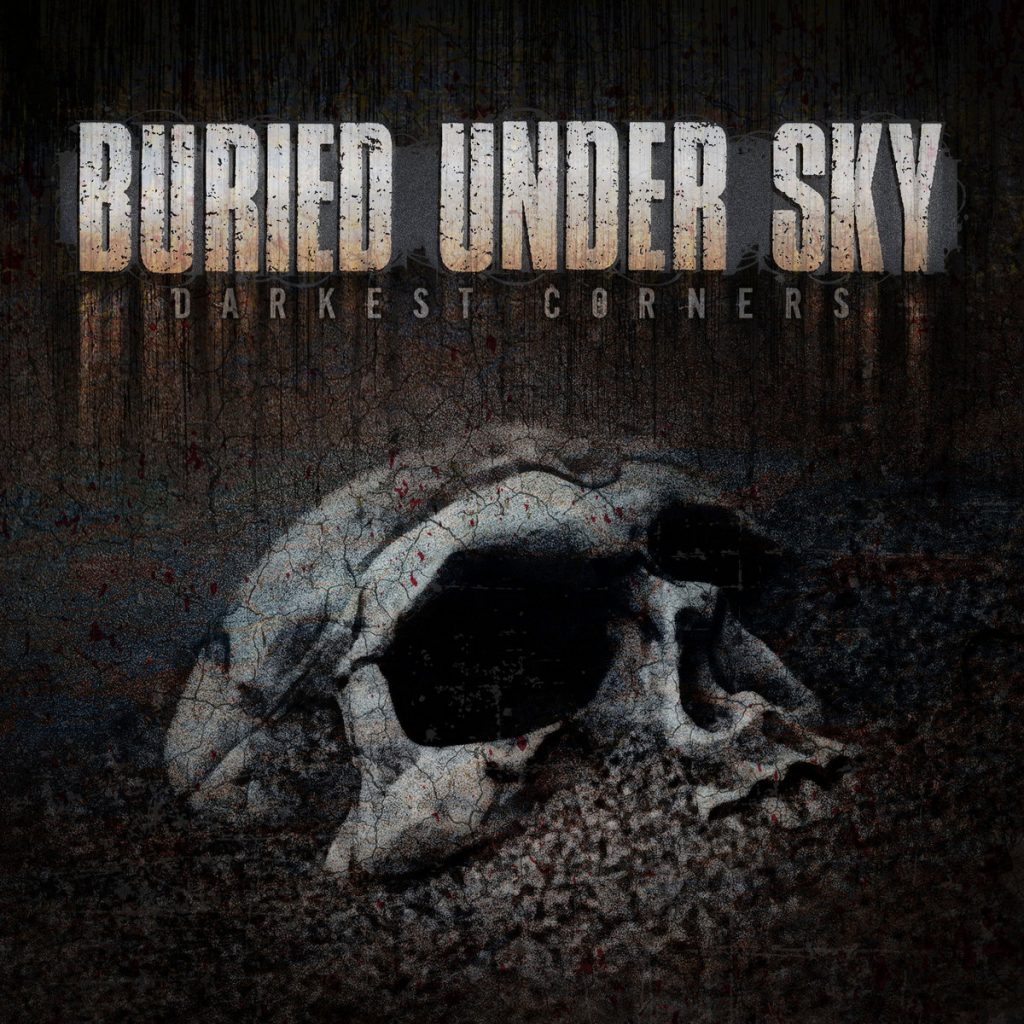 Tags:Animal Schoolbus, Between The Buried And Me, Buried Under Sky, Bury Your Dead, Crawl Below, Crossthread, Darkest Corners, Deadeyesunder, Emmure, OTEP, Red Tide, Tyrant Trooper, When The Deadbolt Breaks