Evolving over the past five years, Glaswegian Death Metal titans Godeater have gone from playing Tech-Fest in 2017 where we first witnessed their crimes against humanity, to having their sophomore album “Vespera” mixed and mastered by Fredrik Nordström at Studio Fredman (In Flames, Obscura, Architects). In that time they have gone from strength to strength with their 2019 debut album “All Flesh Is Grass” receiving critical acclaim while allowing them the opportunity to share stages with everyone from Vexed to Osiah across the United Kingdom. So, three years on does this new affair afford them the opportunity to tour Europe upon bigger stages?

The album opens with the curtain raising and lyrically cathartic “Self-Surgery“, crushing guitar work and pummelling percussive battery rising from an almost ethereal soundscape to darkly brutal effect, Josh Graham’s emotive uncleans swirling in the shadows. The pain in the lyrics feels real and resonates because of the vocal performance, the band taking a risk with a few clean lines towards the end that may divide the purists but none of the punch of the bands previous material is lost and they pull out a savage Deathcore style breakdown section amongst it all. “God Complex” brings another clean vocal part as it charges head long into Melodic Death Metal territory and again the ethereal qualities of the soundscape that sits in the background giving everything a majestic quality. The band have clearly put a lot of work into creating atmospherics and that is something that has paid off in spades, enabling them to provide us with something that has a wonderful depth and texture while touching the void into a theatrical aspect hitherto unheard in their sound. A third piece of violence in “The Hatchet” builds on those theatrical moments with guitarist duo Ross Beagan and Andrew Macdonald giving us some highly polished technical riffery while allowing the synths to provide the melody. They paint in shades of light and dark, striking a phenomenal balance as they go with slick transitions between each rampaging section of dark fury, Graham’s venomous tongue spitting blood at an adversary on “Fat of the Land” which is amongst the albums finest pieces.

In truth these songs are very much one single cohesive unit, slotting together like jigsaw puzzle pieces which is testament to not only the bands musicianship but also their ability to envisage the record as single entity rather than simply a collection of songs thrown together. “Silhouette” continues the unrelenting high quality of Death Metal with another cathartic piece that borders on introspective but doesn’t quite reach that point, instead cleverly lyrically circling above that like a vulture and leaving enough to the imagination that you can make these songs your own, something which in turn helps them resonate. The wonderful dull ache of the introduction to “Out of Body” creates a moment of calm before the storm that gives a moment of breathing space before the dark melancholia of the lyrical narrative takes hold again in an all consuming and captivating fashion. The song attacks in sonic waves, the relentless blasting of drummer Tim Coulson like driving rain in contrast to the majestic guitar work and synths before fading out to the sound of a harp as the band combine opposing forces with both style and grace. “Backwash” feels like Thy Art Is Murder covering an In Flames classic, combining the brutality of modern Death Metal with the melancholia of Melodic Death Metal with Graham’s throat splitting vocals being the harshest element. As single it stands out from the pack as the most well rounded piece and given what’s on offer here it should entice, whereas in the flow of the album it gives a shorter moment that allows breathing space for the grand finale that is “Qualia“. If there was ever a Death Metal album that needed to be performed on the bigger stage, then this is it, the Albert Hall or Sydney Opera House the only buildings of stature fit for the performance of this piece of epic majesty [9/10] 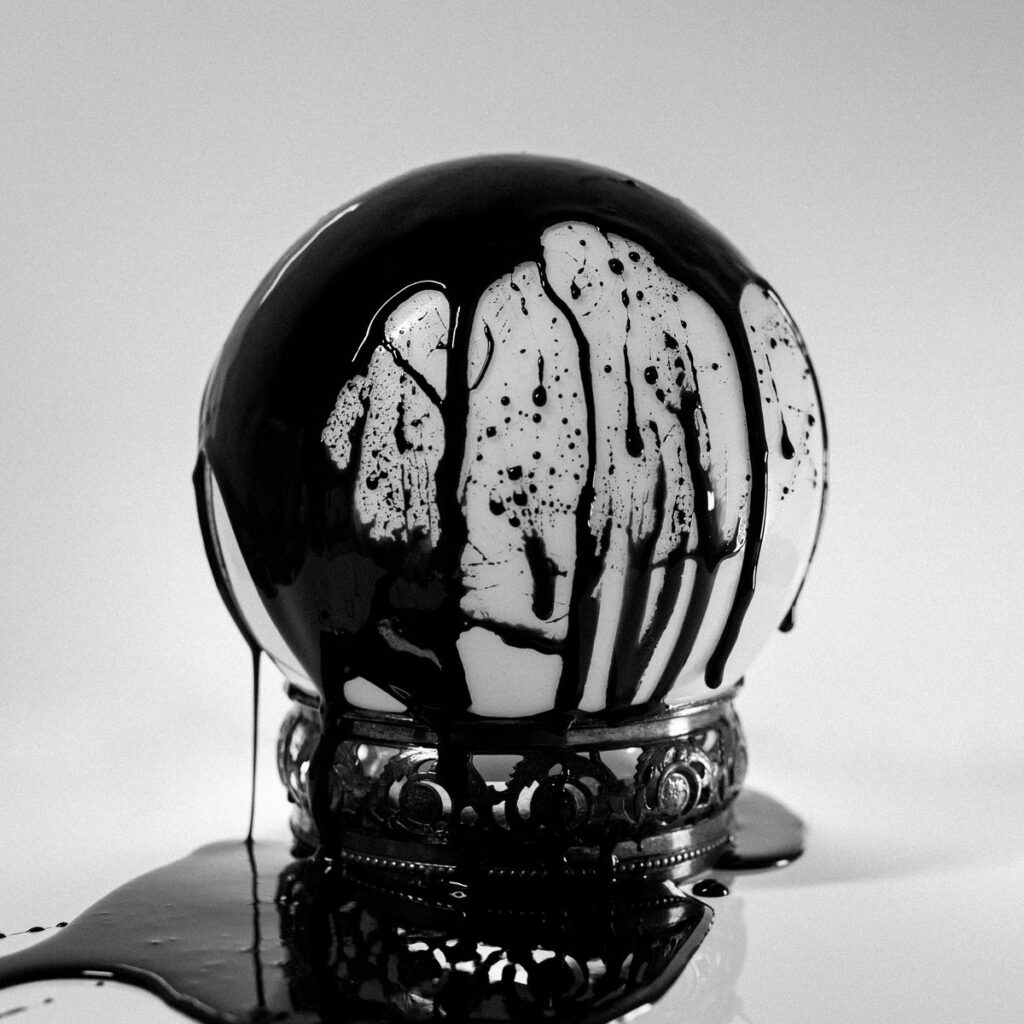