Yesterday saw us throwback to 2010 and “Women and Children Last” from Murderdolls in tribute to the dearly departed Joey Jordison and so with heavy hearts we’ve decided to keep that run going and put together a pair of covers of a Slipknot classic. Rewinding the tape to 1999 and the Des Moines Iowa Monsters debut
Read More 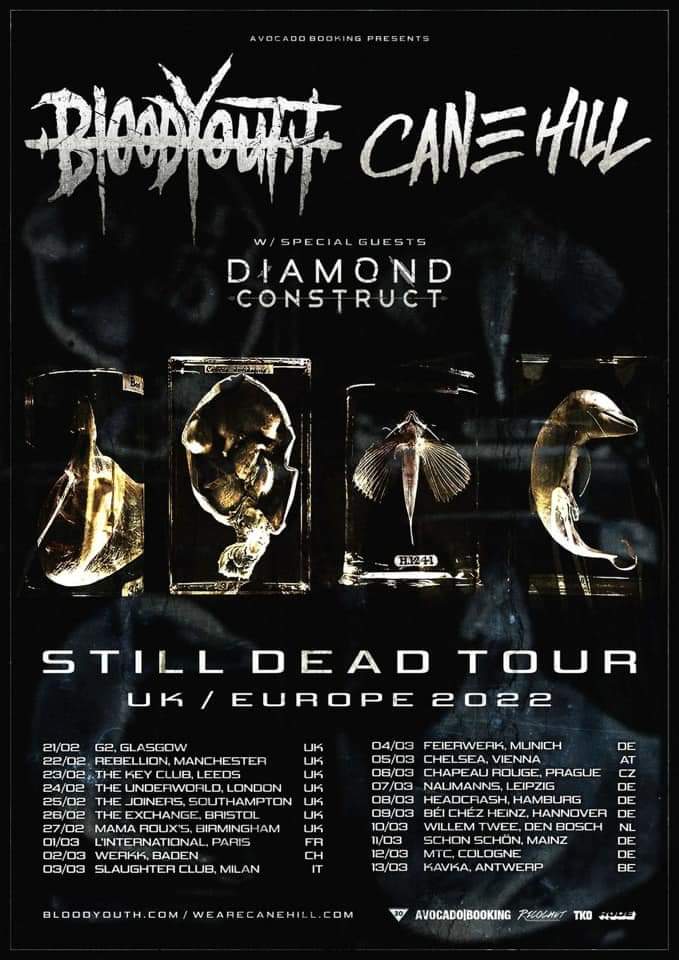 It’s been a HUGE day in the Blood Youth camp today with not only the release of a new single in “Cells” but also a co-headlining European tour trek with Cane Hill and special guests Diamond Construct for February 2022! The single follows “Iron Lung” which was released by the Yorkshire Nu-Metalcore outfit last month
Read More

Wasting no more time on Costa Del Sofa, Blood Youth have announced that they are at the starting gate and raring to go like a Dungeon Whippet. Having announced themselves with the Nu-Metal Gloom crossover of “Starve” in 2019, they’ve delivered a new single in “Iron Lung” but that’s not all… Vocalist Kaya Tarsus explains
Read More

In this short clip, South Coast Metalcore heroes Bury Tomorrow take us behind the scenes of the music video for new song “The Grey (XIVI)” but before we get to that, here’s the band performing the track in Stuttgart Germany on 28th November at LKM Longhorn! Their current tour will end on Saturday at The
Read More

As the end of 2019 approaches, Blood Youth have followed up February’s “Starve” with a brand new single wrapped in Nu-Metal glory entitled “Playing The Victim”. Whether the track is a forerunner for a new album remains to be seen but with the band hitting the road with Bury Tomorrow and Employed To Serve across
Read More

After a pair of weeks where Sacramento Californians Deftones featured as being the influencing factor in tracks by Blood Youth and Darknet, it’s time we went Underground for today’s episode of Riff Police. There’s been way too much Thrash and way too many big names. Apparently. Having said that, there is a big name involved
Read More

Let’s start with what we know. Sacramento Californian Alternative Metallers Deftones recorded and entire album entitled “Eros” at the The Spot in Los Angeles between April and November 2008 and produced by Terry Date. The album was shelved as the final recorded work of bassist Chi Ling Dai Cheng who following a car accident and
Read More