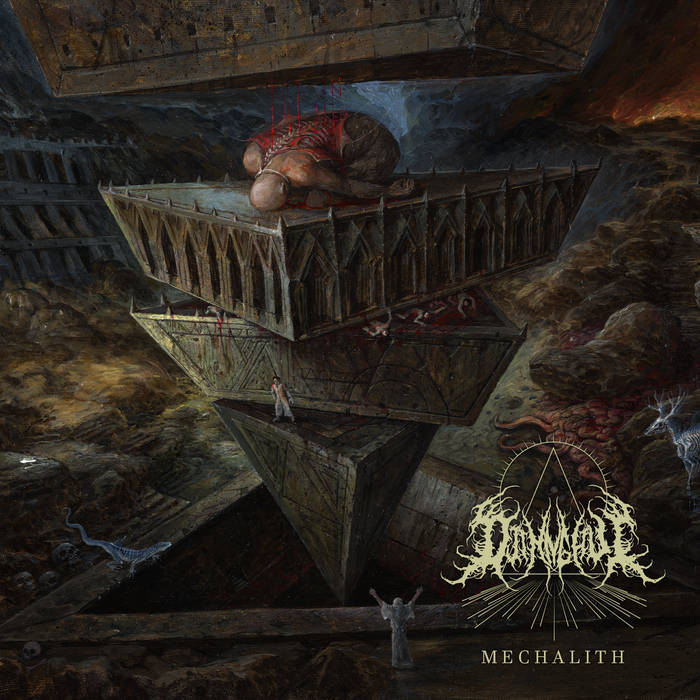 We might be no closer to the announcement of a replacement vocalist for Burton C Bell or any tour dates but in “Aggression Continuum“, the 10th Studio album from Fear Factory, we do have one almighty slab of Industrial Metal. Dino Cazares, Tony Campos and Mike Heller have shared a playthrough performance of “Recode” from the
Read More

It has been almost a week since the arrival of “Aggression Continuum“, the 10th studio album from Fear Factory and while we braced for impact fearing that Burton C Bell had walked away knowing it was a steaming pile, Mastermind Dino Cazares kept the faith. Rightly so as the album is actually one of the
Read More

Celebrating the release of their new album “Aggression Continuum” today via Nuclear Blast, Los Angeles Californian Industrial Metal titans Fear Factory have premiered another sci-fi music video, this time for “Recode“, a new single that resonates the bands core sound. So all that is left is for the announcement of the bands new vocalist who
Read More

Two singles down and with three days to go before the much talked about “Aggression Continuum” appears from Fear Factory, main main Dino Cazares chats with Daniel Dekay at Banger TV. The subject matter includes how the album almost didn’t happen, what it took to rework 2017’s shelved album “Monolith” and how the legacy will
Read More

After a weekend that saw a second single from the upcoming new Fear Factory album “Aggression Continuum“, their first in six years, today has seen not one but two interviews with guitarist and now arguably mastermind Dino Cazares appear. The first is with Heavy New York and the the second with Metal Injection as he
Read More

…without much fanfare a second single from the upcoming new (old) Fear Factory album “Aggression Continuum” has surfaced. Entitled “Fuel Injected Suicide Machine“, this audio stream will no doubt be followed by a full on music video like its predecessor “Disruptor“. What are the chances of the original album, now effectively the demo of this
Read More