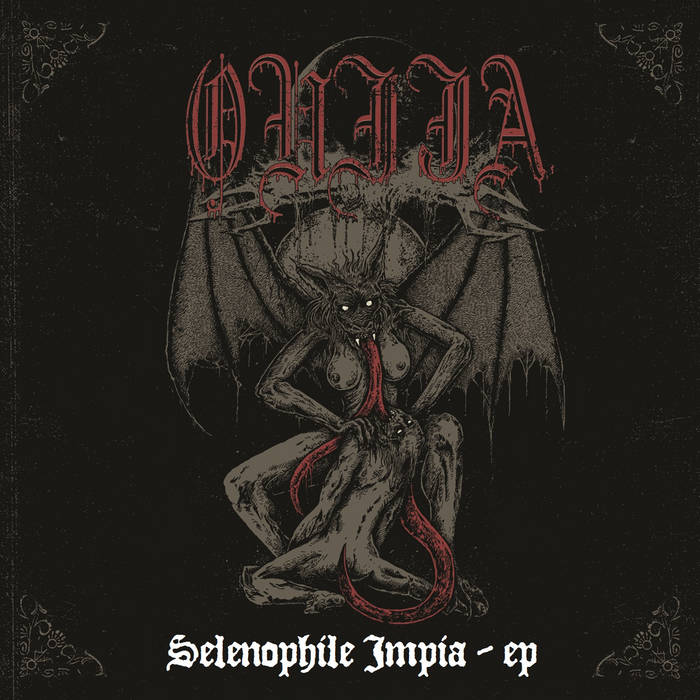 Having formed in 1994, Oujia are probably the oldest band that we’ve had the pleasure of talking to about their and writing and recording process and while the Spanish Cult Black Metal outfit are promoting their recently released EP “Selenophile Impia” it feels like now is the right time to find out how they do
Read More

Being out of the public eye for almost eight years and working away on new material in recent times, Huesca Aragon Spain based Black Metal act Ouija decided to dip their toes into the water and release a three track EP offering “Selenophile Impia“. Recorded at Nomad Studio, Lleida with Xavier Esterri they take influence
Read More

Having been absent without leave since the beginning of July it’s time we resurrected and reanimated the corpse of our Riff Police feature and brought it back to life with something wicked. Back in April, Spanish Cult Black Metal outfit Ouija made their return with a three track offering titled “Selenophile Impia“, their first new
Read More

Returning from the black depths after eight years with a new line up, April saw Huesca Aragon Spain Black Metal quintet Ouija deliver a new EP in “Selenophile Impia” recorded at Nomad Studio, Lleida with Xavier Esterri. They’ve shared a lyric video for the title track which has been created by Michele Stocco and after
Read More

The return of Spanish Cult Black Metal outfit Ouija after 8 long years of silence finds them continuing to tread a familiar path as they take influence from the glory days of the 90s Swedish scene with a three track offering that follows 2013’s “Ave Voluptatis Carnis” as of it were yesterday. That is thanks
Read More