Eindhoven Netherlands Metalcore heroes The Royal have shared a second live cut from their 2018 Japan tour with “Feeding Wolves“! Interestingly the notes with this one promote the album of that tour “Seven” and not their current Long Branch Records released album “Deathwatch“. The band enjoyed 1.1 million Spotify streams in 2019 and are expected
Read More

Filmed during their 2018 Japanese tour at The Garrett in Tokyo, here’s “Wildmind” from Eindhoven Metalcore act The Royal. They dropped “Deathwatch” back in March but is it a condender for our top 5 albums of the year? You’ll have to wait and see!
Read More 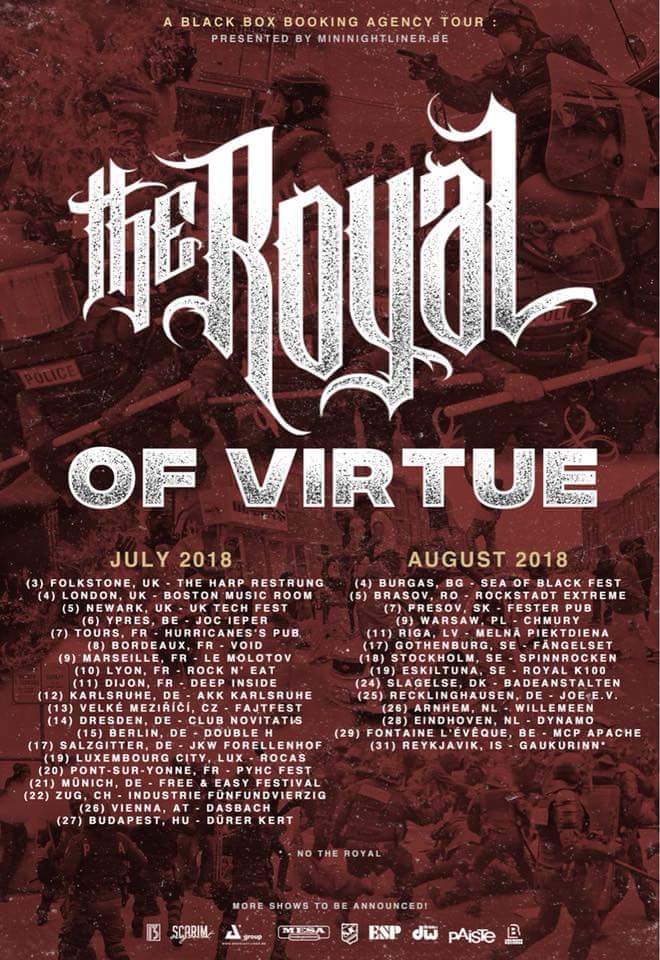 They may not have been announced officially by UK Tech-Fest themselves as yet but The Royal told us at MetalNoise.Net that they were playing the festival when we met after their London headlining show last month. So here it is in writing for the naysayers. There will be 3x UK dates on The Royal’s co-headlining
Read More 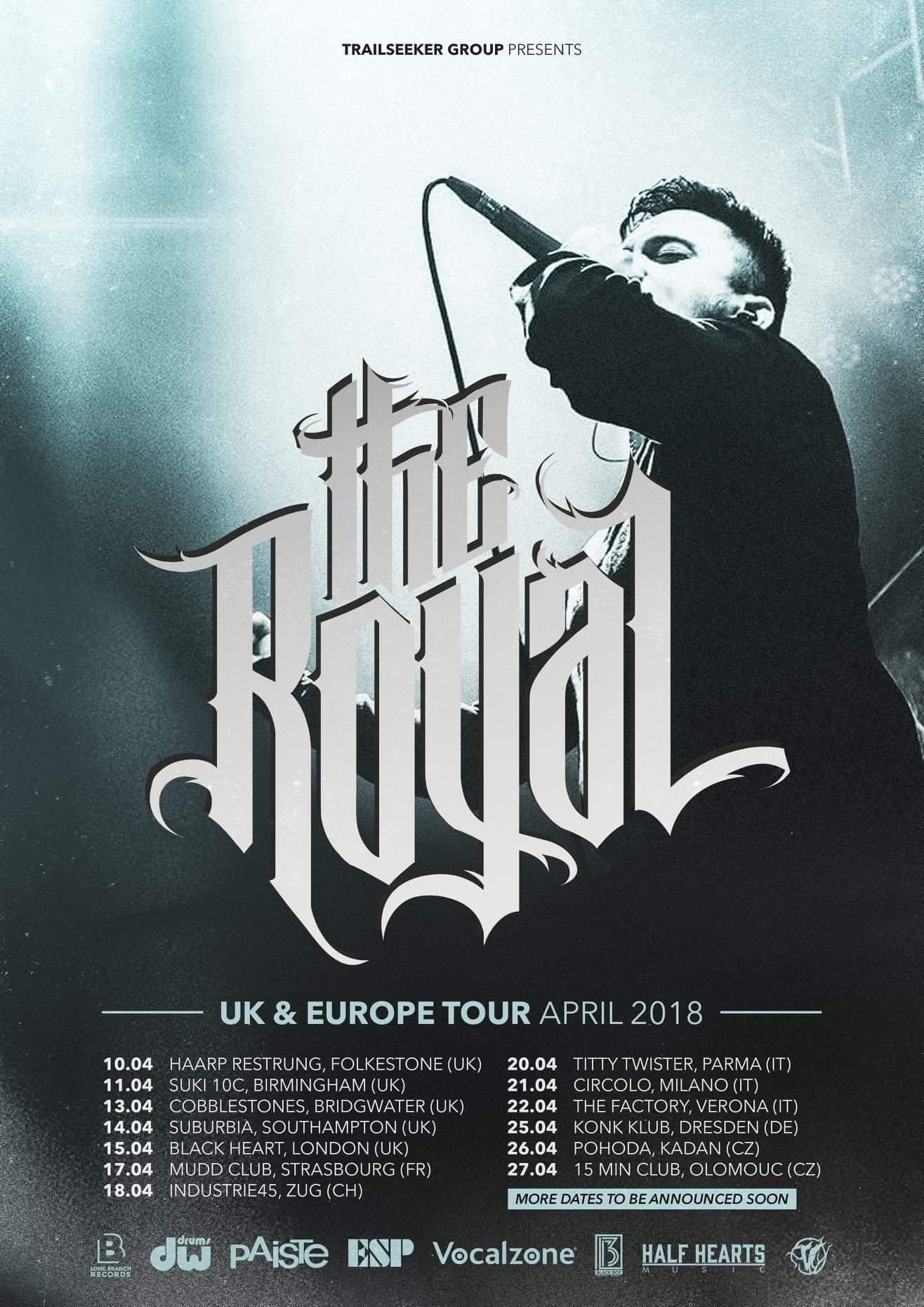 Eindhoven Netherlands natives and Metalcore monsters The Royal have a prize pair of albums out at the minute and are making a name for themselves with a killer live show. They’ve just put out part #2 of their EU/UK tour diary for your viewing pleasure and we’ve included the prequal to the sequel below. Check
Read More

Camden’s The Black Heart is tonight’s venue, unassuming and without signage, at most 100 people could fill the place. Hertfordshire’s Faces Of Eve open tonight’s set with frontman Benjamin Black donned the theatrical half and half mask as seen in the video for ‘Rail/Grit/Line”. The band play through a set covering off material from their debut
Read More

Eindhoven Netherlands Melodic Metalcore crew The Royal were one of the surprise highlights of Tech-Fest 2017. Their current album “Seven” is an Underground Metal gem. They’ve announced a Headlining European and UK tour of intimate venues with support From From Once We Came as well as venue specific opening bands. The UK dates are in
Read More