Skip to content
HomeReviewReview: “Slow Decay” by The Acacia Strain

The slow release of “Slow Decay” by The Acacia Strain has to go down in history as being one of the most drawn out teases that life could possibly have in store. The Springfield Massachusetts quintet brought out “It Comes In Waves” via Rise Records in December 2019, with rumours circulating like Buzzards that the band were sat on a wealth of further material. Gradually they released a series of five double A side 7″ vinyl and digital singles with a myriad of guest appearances on them, each one adorned with cover art depicting what would eventually unveil the title of this second album from the band in the space of seven months. When it comes to the album, the tracks have been re-ordered so that the flow makes better sense rather than having the first 10 tracks being in the order that they were released with the pair that weren’t already out just tacked on the end. That does mean if you you’ve been raging along with some of these cuts since 1st March when they started dropping, you’re going to be a little bit thrown off listening to them in album order, but hey, it’s a new album from The Acacia Strain!

Opening cut “Feed A Pigeon, Breed A Rat” was the first one of out the box and has a far more straight up feel than “It Comes In Waves” did with an instantly gratifying set of mid temp Deathcore riffs, while Kevin Boutot has a huge clean and crisp drum sound throughout. Having a tension building introduction and a couple of pauses in the track builds the menacing aspect nicely and Bennett’s gargantuan roar is very much on point. Lyrically he spits venom on the weaker members of humanity who would have fallen away before breeding season in centuries gone by or if we had a predator preying upon our species. “Crippling Poison” sings societies ills as the final nail in the coffin with guitar tones similar to “Nomad” by Kublai Khan, which gives everything that satisfying crunch and a two step floor filling appeal. Bringing the first of four guest vocalists with it, “Seeing God” features a guest vocal appearance from Aaron Herd of Jesus Piece. The Acacia Strain take to Metallic Hardcore leanings of tracks like “Whoa! Shut It Down” for this sub three minute affair with Bennett’s vocals being the heaviest aspect as it races through with a high energy fury. To that end, it could be a Jesus Piece track and with Bennett speaking of his love of the band and wanting to get Herd on a track for a while in the media on release day it’s a fun place to play, especially when compared with the bleak offerings of “It Comes In Waves“.

If you’re going to make a record, there is no sense in doing things by halves and “Solace And Serenity” is a mid tempo chugger of a track with a swirling dark underbelly of sinister atmosphere that allows frontman Vincent Bennett to spill his guts like he’s been on a bad acid nausea trip. The lyrics are a moment of clarity in about the slow decay of humanity that are accompanied by slab after slab of rhythmic pounding riffs from Tom “The Hammer” Smith and Devin Shidaker with just a hint of programming. It could well be a leftover track from the sessions of the bands previous record, so similar it is in style. The second guest appearance comes from Jess Nyx of Mortality Rate on “The Lucid Dream”. Increasing the tempo with some rapid fire bursts from sticksman Kevin Boutot as the band go full throttle heavy end Metallic Hardcore. Nyx and Bennett get equal opportunity to deliver some throat shredding lyrics with Bennett’s deeper throaty roars backing Nyx higher pitched tones to gloriously savage perfection and evolks memories of the likes of “Seaward” from the much loved “Continent”. Had things turned out differently, this next one could have seen Zach Hatfield of Left Behind on stage with The Acacia Strain as the two bands were set to tour together across Europe in the first half of 2020. As it is “I Breathed In The Smoke So Deeply It Tasted Like Death and I Smiled” is the polar opposite of a lot of the bands work, a slow, Doom Metal atmospheric permeates this one and it could easily be an outtake from the sessions that went to create their recent album “It Comes In Waves“. Vocally, it’s far less harsh and occupies completely the two tracks only having the one thing in common – the lack of a chorus. Combined the two are like opposing sides of a coin, this one being the long, drawn out pain of getting caught in a vice grip without being crushed to death.

The one black boot stomp crush of “Crossgates”, which is a 68 second ripper of track, with a classic mid-tempo Deathcore chugging evil that goes low and slow towards the end, reaching those Downtempo notes with no fade or continuation. Bennett’s vocal is at it’s throat incinerating best as he states “Crushed by the weight of the world. What if we all died? What if instead of burning alive we are living hell? We are the worst versions of ourselves. Terminal” and the track dies. It’s a sort of old of homage to some the short tracks that the likes of Napalm Death used to create and rips a hole in the space time continuum. Returning to the satisfying crunch with the thunderous “Inverted Person” which is heavy end Metallic Hardcore meeting Deathcore in a dark alley for a punch up that is only going to end up one way. A solid cut with Kevin Boutot putting in a serious shift with some rolling thunder fills and the combination of the brutal vocals from Vincent Bennett and dark oppressive atmosphere of the guitar work with some exceptional leads makes this one an instant win. Then “Chhinnamasta” keeps the same lead stylings and atmosphere while Bennett offers bleak and nihilistic lyrics delivered with a ferocious roar. The endless riffs from Devin Shidaker and Tom Smith are in that timeless category, they have the air of the familiar to them while being different enough and bolstered by the choice of tone to make them instantly recognisable and gratifying while the haunting lead parts that join the two tracks together are something special.

In the World of Metal anything is possible and we should perhaps learn to expect the unexpected but never did we think in a million years that Courtney LaPlante of Spiritbox fame would be gracing a track from TAS. We were wrong. She graces “One Thousand Painful Stings” like femme fatale during the opening and closing strains of the cut before the circle pit creating riffs come into play while Bennett roars about the failings of humanity. It is a little bit arty for the purists but it is still an absolute monster. “Birds of Paradise, Birds of Prey” continues some of the somber moments of atmospheric that came with the previous track, offering some heavier moments that glide away gently in the same way that some Black Metal bands manage to achieve. It’s heavy in shoe gazing atmosphere, without the material itself being all that heavy at all. Another mid tempo chugger with a powerful stompy riff through the mid section “EARTH WILL BECOME DEATH” speaks of the survivalist nature of the human race, taken the brink and then growing back like a plague. It serves as a fitting closing track to an album that has been skillfully knitted together in its harrowing nature as a concept album, while managing to avoid sounding disjointed, despite having a quartet of guest vocalists appear on it [8/10] 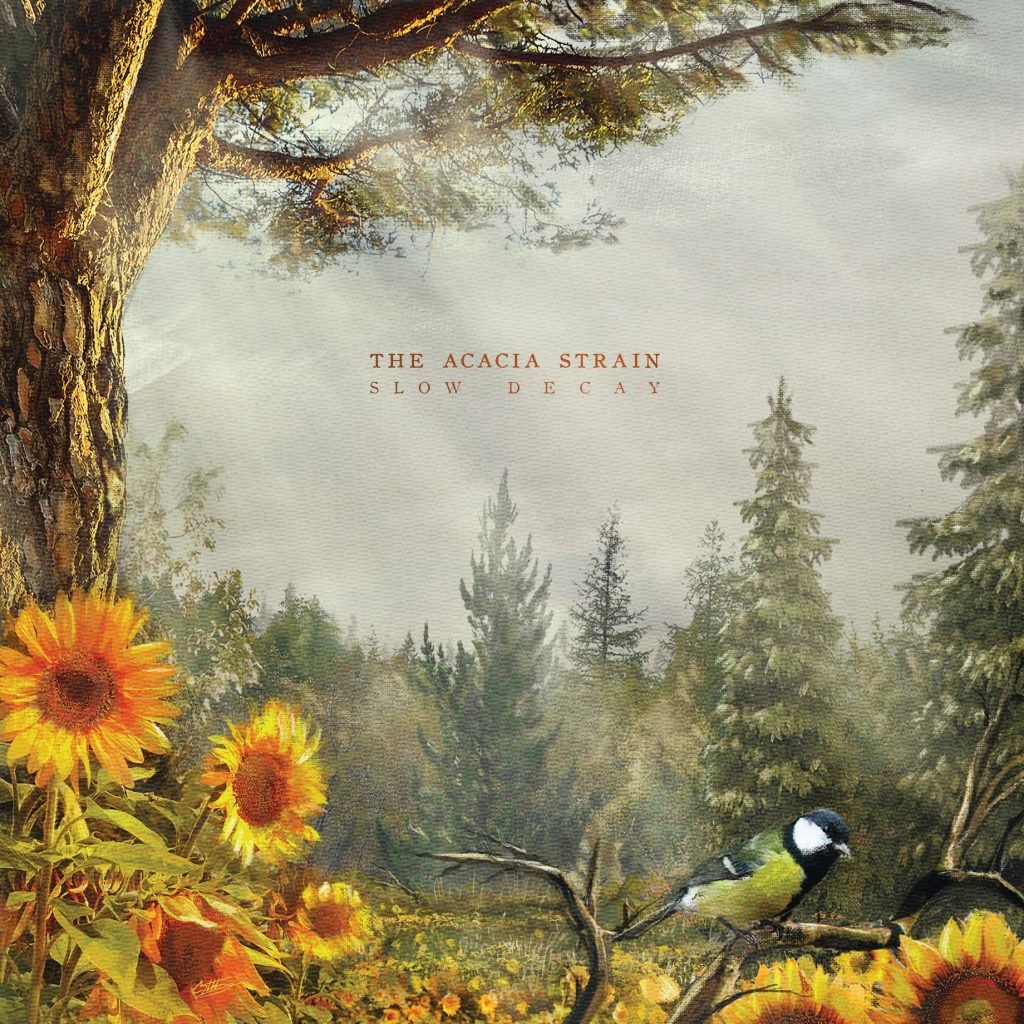