It has been 5 years since Worship brought us the punishing mix of Doom, Sludge and Post Metal with just a pinch of Hardcore that is “All Too Human” and the return of the quartet following that has been made all the sweeter for a pair of standalone singles in “Enemy” and “Algorithmic Despondency” in 2019, which have racked up 50k worth of Spotify streams between them. The quartet who hail from Salinas, California have been known to have a healthy admiration for amplifiers and pedals and demoing gear from the likes of Frost Giant Electronics, Orange and Black Arts Toneworks to name but a few in that time has allowed them to work on their atmosphere…

…as a whole while “Tunnels” is a less in your face album than it’s predecessor in some respects, it’s no less dark or menacing. Opening cut “Serpents” seeps with raw emotion and sores in melancholic doom riffs with the kind of nails on a chalk board vocals that Will Haven vocalist Grady Avenell will deliver when he becomes an old man. The enormous weight of the sound is crushing by design and when “Paralyze” comes into play, there are some curious avant-garde drum fills that are almost Jazz inspired behind the raw guitars. The repeated whispers of “there is always something to live for” during a melodic break speak volumes about the mentally challenging times that the record represents, searching for peace and a sense of purpose. Title track “Tunnels” as a slow bludgeoning start that builds to a crescendo before a spoken word “show me your scars, your scars are beautiful” rings out over a riff that sounds as if it is bouncing off the walls of a tunnel as it rings out. A journey of self discovery rather than a march into depression, arms are held aloft with the call of “I am human“, the slow crushing Doom Sludge riffs grinding everything into dust…

…”Without” sounds like it could have been a The Dillinger Escape Plan demo, it’s raw and unpolished nature in keeping with the album but the off kilter change ups and oddly time signatured riffs making it a stand out that while some may wish to be polished, sounds fantastic and brutal in it’s roughly edged emotive state. Those jarring, jagged riffs run into the equally impressive “Searching For Light“, which has a eclectic Black Metal edge to it with a blast beat passage and some warped sounding riffs that take the melancholic almost mournful atmospheres to a new level as another stand out cut that defies reality by having both a headbang and a shoe gaze quality in the same song. The slow, tormented darkness of “The Cave” wears the influence of Neurosis on its sleeve. The first 5 minutes and 45 seconds an instrumental of drawn out distorted dissonant guitar fuzz that breaks into almost ambient passage before the vocals and drums kick into life for a final passage. A call from hell with a real vulnerability to it that is so powerful it will leave you lost for words, it is a chillingly bleak finale [7.5/10]

“Tunnels” by Worship is out now and available over a bandcamp 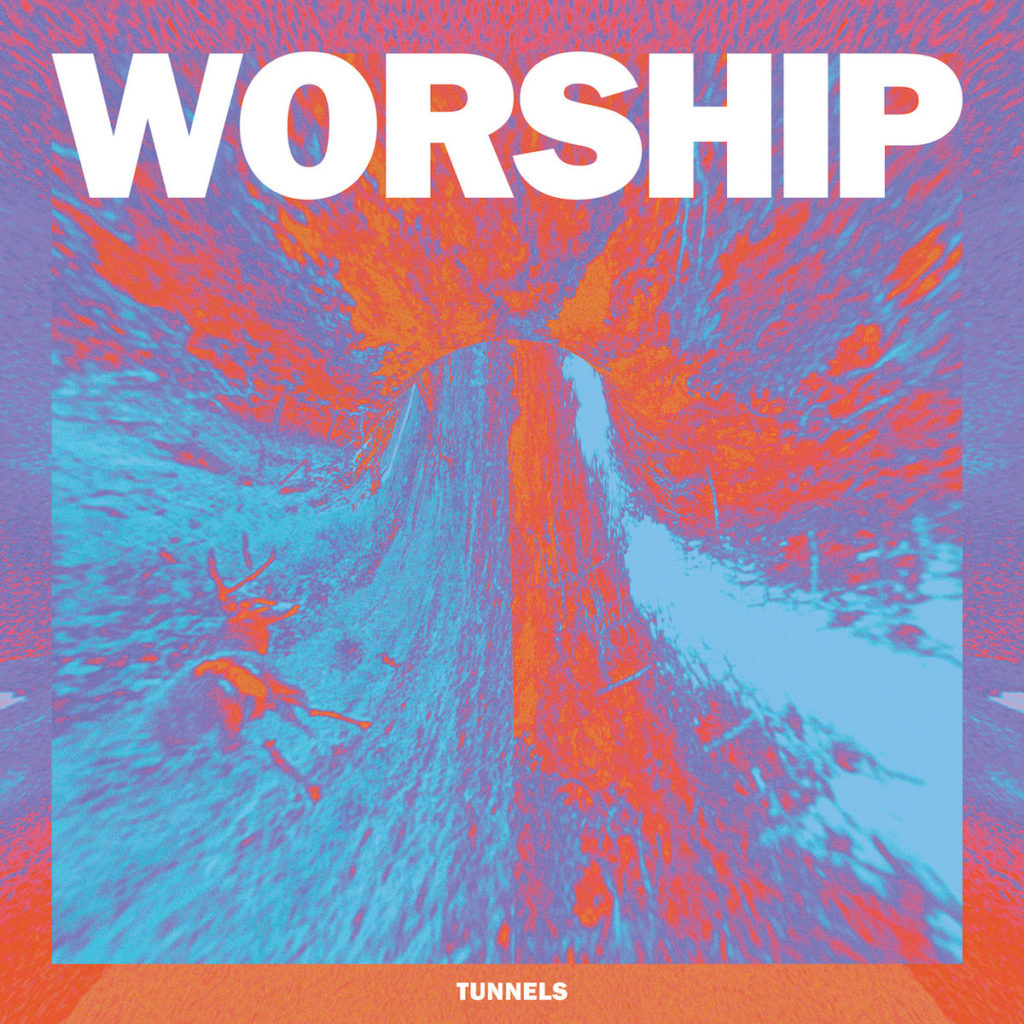