As previously discussed in an interview as part of the Metal Blade live series, Knoxville Deathcore titans Whitechapel are working on a new album with drummer Alex Rudinger making his recording debut for the group. Guitarist Alex Wade talks to Beez in the latest episode of Mosh Talks about that, current album “The Valley” and their upcoming live stream with Lamb Of God. 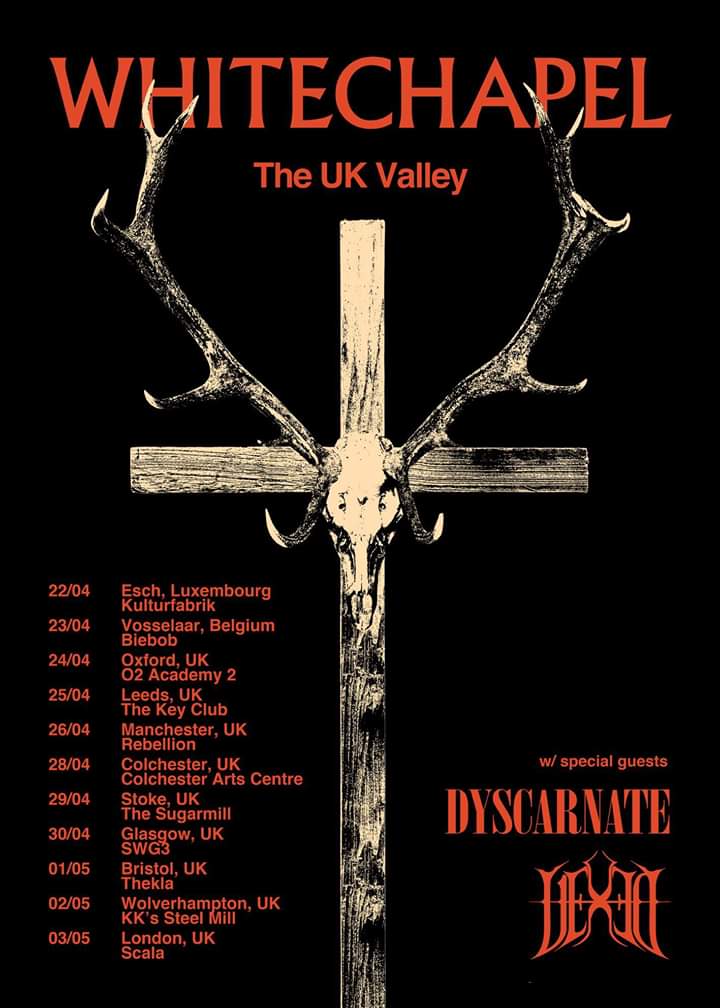