After seven long years in the barren wilderness following seven deadly sins, Serpent Omega have returned with a drummer of note in Peter “Fast Feet Pete” Stjärnvind  (Entombed, Nifelheim, Merciless, Unanimated, Murder Squad, VOJD) joining original members Urskogr (vocals), Brief (bass) and Jonsson (guitars) for their first new material since their 2013 debut. Since that album, they’ve played everywhere from crypts to festivals, all around Scandinavia, sharing stages with bands such as High on Fire, Bongzilla, Hooded Menace and Grand Magus. Their Metal is forged in the fire of Sludge, Doom and Crust with “II” recorded in Stockholm, Sweden by Jonsson at Dark Prod Studios, mixed at Studio Humbucker by Robert Pehrsson (Runemagick, Death Breath) and finally mastered by Magnus Lindberg Productions (Cult of Luna), making this a mouth watering prospect…

…Rehearsal video footage of Serpent Omega performing “Orog Nuur” originally surfaced in June 2014 and has been re-arranged since but the essence remains the same, dark and foreboding with the bleak shrill vocals of Urskogr offering despair while the band play a heavy mix of Sludge infused Doom Metal with little flourishes of Black Metal influence rising to the surface during the atmospheric mid song sections. The band are the bastard child of Black Sabbath and Emperor and that makes for an intriguing listen. “Land of Darkness” appeared as a single a month or so before the album release and sees Urskogr using more vocal dynamics, switching between some bright clean chorus parts with Norwegian Folk Metal stylings to some brutal unclean roars that are reminiscent of Venom Prison vocalist Larissa Stupar. The call “bow down to the Underworld” echos in the brain like a bullet ricochet during the mournful “Rivers of Reversed” that brings a slow churning riff that builds on a slow burn with an antithetic sing-a-long quality and majestic prowess. The menacing undertones of the riffs see Stjärnvind bring in some blast beats and the delivery of this eight minute epic cut is perfectly formed with feedback at start and finish giving it that live feel and raw edge…

…”Through the Gates” lights the blue touch paper of the second half of the record with a tempo shift up into Black Metal territory that sees Stjärnvind bring some really interesting drum patterns to the Kings table and the almost chanted chorus could only be improved by offering up some gang vocals. Keeping the lyrics strictly about the Underworld, “Chthonic” depicts deities and spirits that lay just beneath the black soil while offering some sinister riffs and chugging darkness with Stoner Sludge meanderings underpinning the final skull crushing verse. “At the Mountains Edge” offers more Doom Metal with an almost nihilistic quality to the lyrics about life ending at the mountains edge that stops short of a depiction of suicide by remaining in the third person. This isn’t a woe is me tale of personal tragedy but bleak truth from the cold, frozen North with whispers of insanity closing in. That continues into the epic “Av Aska” that combines spoken word and whispers, telling a dark tale over some dark atmospheric riffs like a horror story unfolding in the pouring rain. A truly diverse listen that flows together perfectly, Serpent Omega have returned to where they left off in impressive style [8/10]

“II” by Serpent Omega will be released on 4th September via Icons Creating Evil Art and is available for pre-order here. 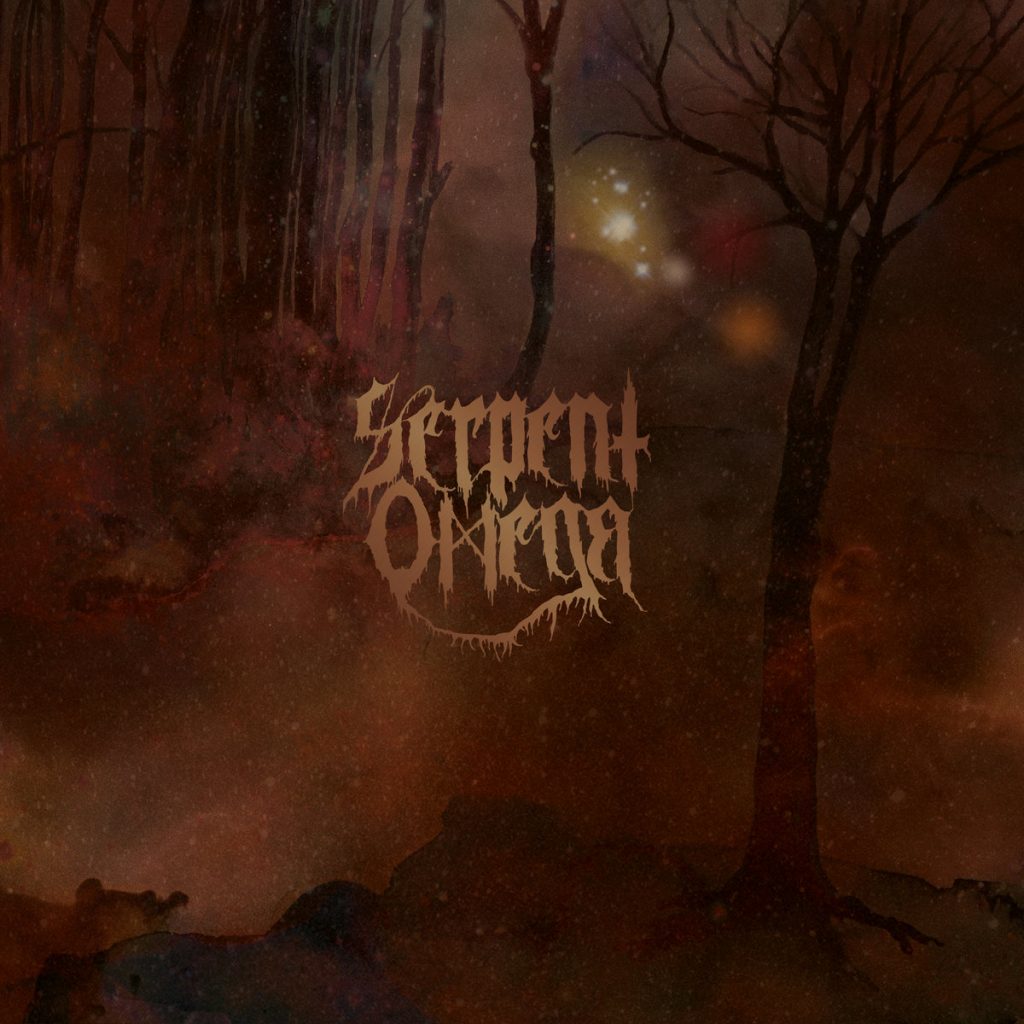