Hailing from very heart of the Sudeten mountains and taking influence and inspiration from Sudetian folklore, the cult of “Rubezahl” and Sudetian legends are Polish Blackened Death Metal quintet BRZASK. Mixing and mastering of their self titled EP was done by Andrzej Jagielski, who recorded it with the band; Toer (Vocals), Dod (Guitar), Hoggorm (Guitar), Darlig (Bass), Bolle (Drums) and Daniel Garlinski. They bring to the table an aggressive mix of melody, mysticism and 90’s influenced Black Metal while calling themselves a “true Sudetian black metal cult“…

…for a band who only came to life in 2019, BRZASK are already considered important in the second wave of Black Metal influenced by Rubezahl. Genre legends like Mayhem, Emperor and Dissection have paved the way but the new generation are proving that the sound is still relevant to a new generation. A 35 second introduction serves merely as a mind clearing moment as the crow flies overhead before a trio of cuts play out with Sludge Metal toned riffs that burst into blast beats and arpeggios. The atmospherics are suitably oppressive while the brutal vocals from Toer are so thick and black in places it is as if he is screaming from underneath a layer of tar as “White Ravine” takes hold in a similar vein to Serpent Omega. The vocals are unhinged and this EP is made a single coherent entity with the exchange of similar riffs, tones and stylings across all three tracks; they could be conjoined triplets. “Wind Incantation” offers more in the way of the clean lead riffs which sit on top of the Sludge tones and offer some respite from the relentless blackened screams of Toer, whose vocals touch the void to Slam on occasion, such is their brutal nature of blood gargling torment. A sinister and haunting atmosphere envelopes “Crimson Dawn Ritual” during it’s opening passage and returns before the final onslaught, as BRZASK take longer to craft something epic and bleak before setting it ablaze uncompromising ferocious energy and harrowing anguish [7/10] 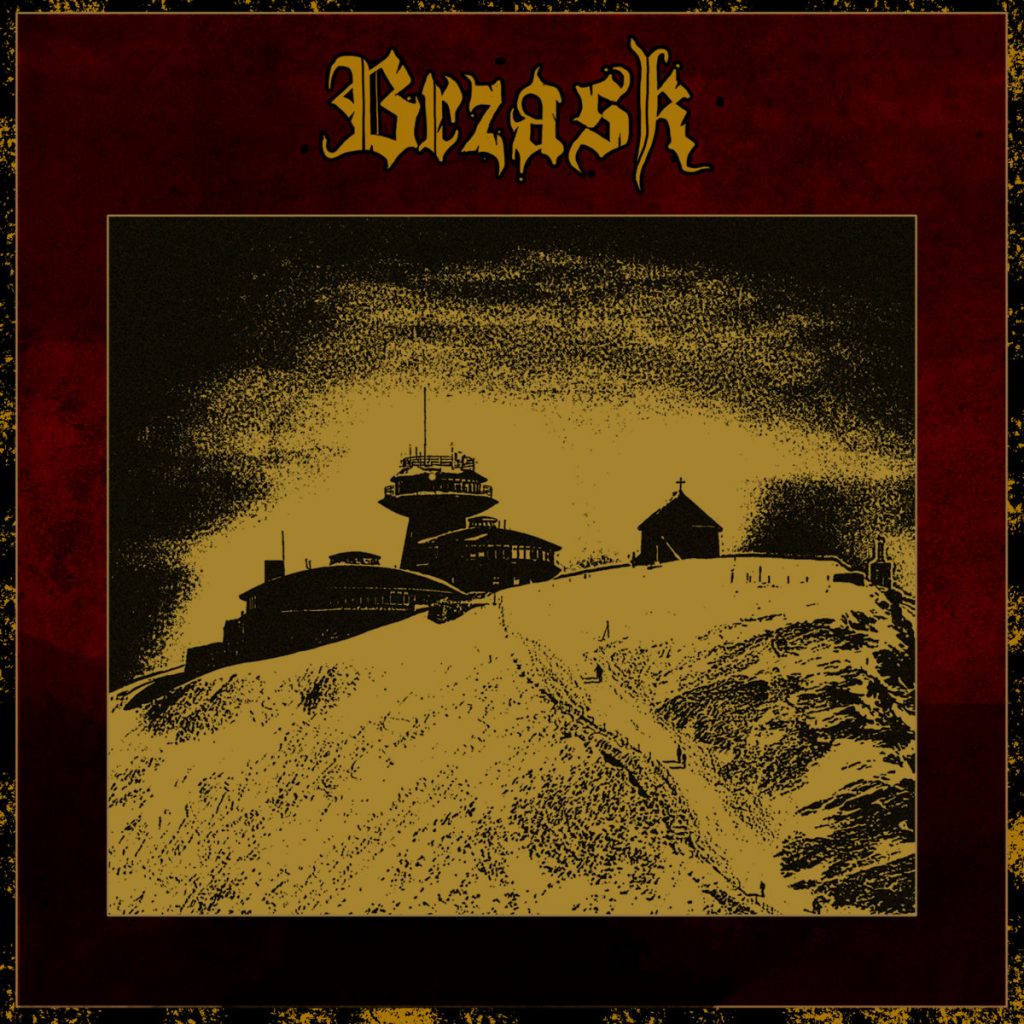