Skip to content
HomeReviewReview: “Self Titled” by Smell of Decay

Cutting their own path through the Jungle of this crazy existence, the anonymous pairing of Smell of Decay continue to thrive with a new self titled EP that follows on from their almost album length “Time To Die” that saw release in January. Take one French guitarist from Paris, the sole original member of a full band that started out in 2014, rumored to be W. Johnson and one American vocalist from Pennsylvania rumored to be Chris Goheen and you have the essence of the new band; the remaining work is completed by unnamed session musicians and we hope that one day they will identify themselves.

11 songs were written for “Time To Die” and only 6 songs were released; although going through the lyrics for the pair of tracks its clear that these new tracks were written for the World as it is now with lines like “Sudden pandemic, Viral infection, Respiratory sickness, Severe contamination” appearing in “Burn The Haze“. Sonically the band call themselves a Thrash Metal outfit, taking influence from a wider range of bands like Cannibal Corpse and Hatebreed when creating their music. When it comes to the opening cut there are some distinct Dino Cazares inspired riff moments of fierce precision and there is no doubt that Chris Goheen (if indeed that is who the vocalist is) could replace Burton C. Bell in Fear Factory, he has a similar raspy tone to his vocals and delivers shorter more impactful phrases that give the music the space it needs. “Normal Destroyer” got the full music video treatment which is filled with a combination of footage that crosses horror film anti heroes with police violence on the streets. This one builds on the atmosphere of oppression while stepping away form the Thrash roots slightly and having a bass heavy mix. A clever use of a sample adds something extra to the mix and all that is missing is a solo to light it up [7/10]

“Self Titled” by Smell of Decay is out now and available over at bandcamp. 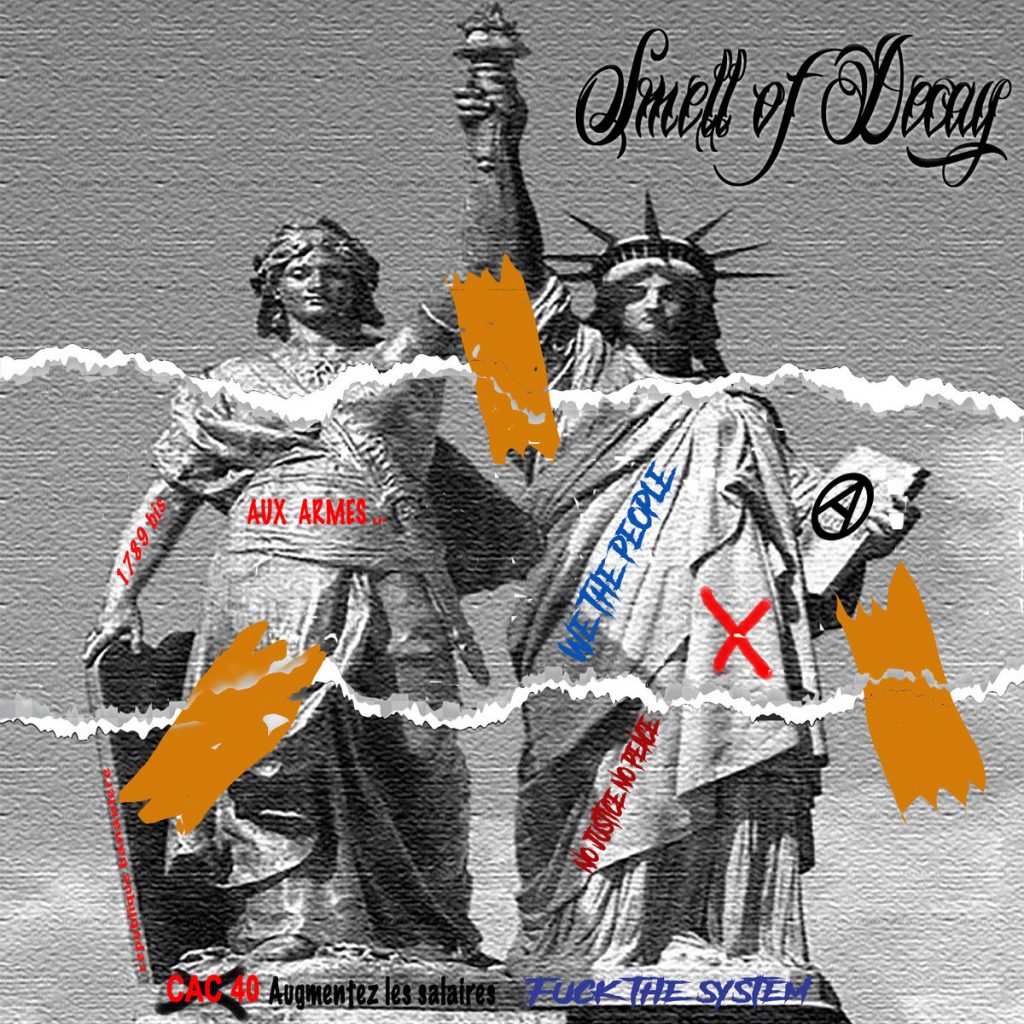 Tags:Smell Of Decay, Time To Die