Whats in a name? Vocalist and guitarist Hakim Crimea chose the name Dead Lord for his band, not because it can be translated as “Dead God” but simply because it sounds cool. As an atheist who writes lyrics about everyday experiences including politics, religion and racism, he claims “to sing about Satan would be just as uncool as singing about Jesus“. So there you have it. After four albums, is it a name the band regret? No chance. Their latest offering “Surrender” sees the winds of change happening around the band following 2107’s critically acclaimed “In Ignorance We Trust“. Despite the band stating that long time guitarist Olle Hedenström left the band after the recording sessions for the album, he is not credited with any material with bassist Martin Nordin pulling double duties in Studio Humbucker in Stockholm. The band recorded with producer Robert Pehrsson (Joseph Tholl, Åskväder) and once the album was completed it was announced that Australian bassist Ryan Kemp would join the bands rhythm section alongside drummer Adam Lindmark, Nordin remaining as the guitarist…

…and the results are interesting, and come across homage to Classic Rock bands of years gone by like Thin Lizzy while also having some Iron Maiden and even Rush influences in the guitar work but has enough ideas of its own to make it a refreshing listen. Crimea’s croons are very American, which are in tune with the bands influences but there is the occasional moment where you can hear his accenting where he’s not quite got the pronunciation perfect; these are so few and far between that most fans will not even notice. In a time of civil unrest, it’s interesting that Dead Lord should ink a song about respecting authority while offering us a few more driven guitar moments and a sumptuous solo. There is a tongue in cheek humor to the music videos for the album which are hilarious good fun and if any of the singles were playing on the jukebox in your local drinking establishment then there would be no surprise there, each tune is melodic and easily listenable in its own right. They’re well crafted with plenty of sing-a-long moments within each one while never pushing you out of your comfort zone, each one an extension of the bands previous works with a bit more polish and fine tuning. The boys are back in town. [6.5/10]

“Surrender” by Dead Lord is out now via Century Media 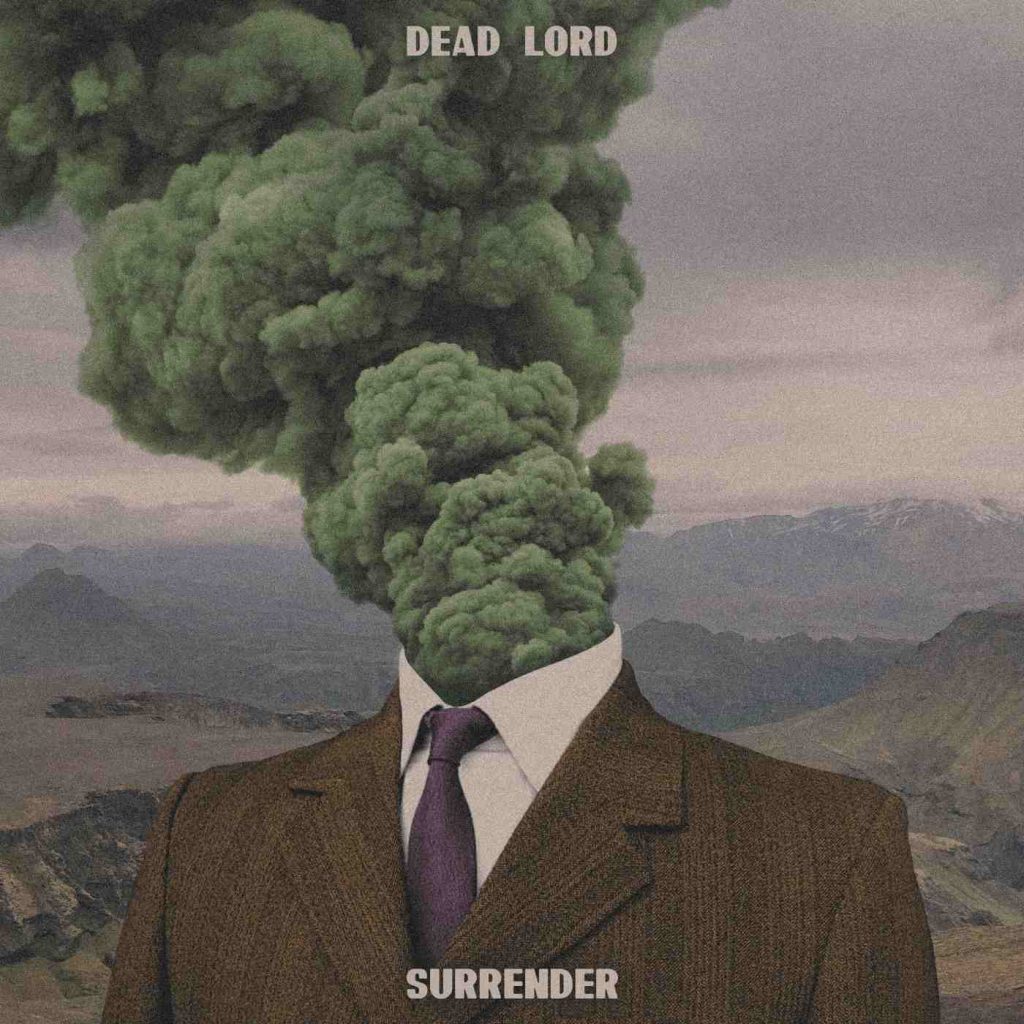