Recorded at Soundhouse Studio in Seattle, Washington with Mikel Perkins (Windhand, Maklak, Hissing) on production duties and mastering by Chris Hanzsek (Melvins, Soundgarden) at Hanzsek Audio in Snohomish Washington, “Buried Alive” is an album that sees Hole Dug Deep in a philosophical mood, the band look at the world through the eyes of a dark soul traveler into the mind of evil and death. Lyrically moving through a variety of themes, it begins with a strong message and builds to the realization of self destruction before it’s too late before moving through odes to the homeless epidemic going on in the US along with almost relaxing of instrumentals and even dealing with death as teenager. The quartet comprise Brian Christensen (Vocals, Rhythm & Lead guitar), Daniel Rathbun (Bass), James “Clay” Johnson (Rhythm & Lead guitar) and Thomas “TJ” Hixon (Drums) with Christensen himself creating to cover art work and coming up with the bands Angel of Death mascot…

…Now before you say anything, technically speaking “Buried Alive” isn’t a new record. The cuts that make up the track list have been released independently over the past 5 years and 6 of the 8 makeup an EP entitled “Buried Alive” which was released in 2017. That being said, re-releasing it as an album with a pair of additional tracks via Sliptrick Records means that the band can get the opportunity get some much needed attention and having heard the record, it is still as relevant now as it was 5 years ago, if not more so with it’s socially and politically aware lyrics. Some things never change, as some things take decades to move inches, such is the way of the World. It’s also a point of note that there are also a pair of other tracks in “Graveyard” and “Clown” which don’t make the grade here…

…the album starts with a song from which the band’s name is derived, “Hole Dug Deep“, which crosses the Heavy Melodic Groove Metal with the grunge vibe of Alice In Chains and also has a hand in Sludge Metal. Lyrically warning that ‘the path you choose determines your fate‘ as an older band they have more than a nugget of wisdom in life to pass on to younger generations. The raw guitar sound of “DeadBeat” makes it a stomper of a fist pumping anthem with a catchy shout along lyric that works well, even if it does suffer in the mix, with the drum sound being a little bit too big for it, but that will soon wash away live. A soothing atmospheric build in instrumental “Mental” confirms that the band have the ability to write something that can help even the savagest of beasts rest their weary head, while building through in waves to final crescendo in true Led Zeppelin inspired style. “Welcome To Hell” is among the oldest of the tracks here, originally released in 2015 as a longer cut. It’s eclectic solo and Saloon Bar Rock vibe would make it right at home in an episode of something like Sons of Anarchy…

…The search for inner peace is the subject of “Next Time” which has a mournful tone, full of regret as it plays out but still having an engaging energy to it and some off piste musical moments on its journey to the pits of hell, but the real thumper here is “Brick“, which brings with it a more suitable guitar tone to the sound that Hole Dug Deep are trying to create. A Mastodon esq groove helps keep everything together neatly while delivering a punchy message. Christensen sounds like Crowbar main man Kirk Windstein in places and if they had more of this heavier guitar sound in their offering, it would take them further by rounding out their sound. Christensen has a dark sense of humour and his rehearsal style take on “Them Bones” by Alice in Chains is vocally done as if he’s Les Claypool from Primus, drunk or pretending to be and it’s hilarious, while being spot on guitar wise. Continuing that guitar style into eclectic instrumental “Uranus Is Nice” makes for a grand finale of fitting style. This isn’t a record that is doing anything you haven’t heard before, but it doesn’t need to because it’s a good time [6/10] 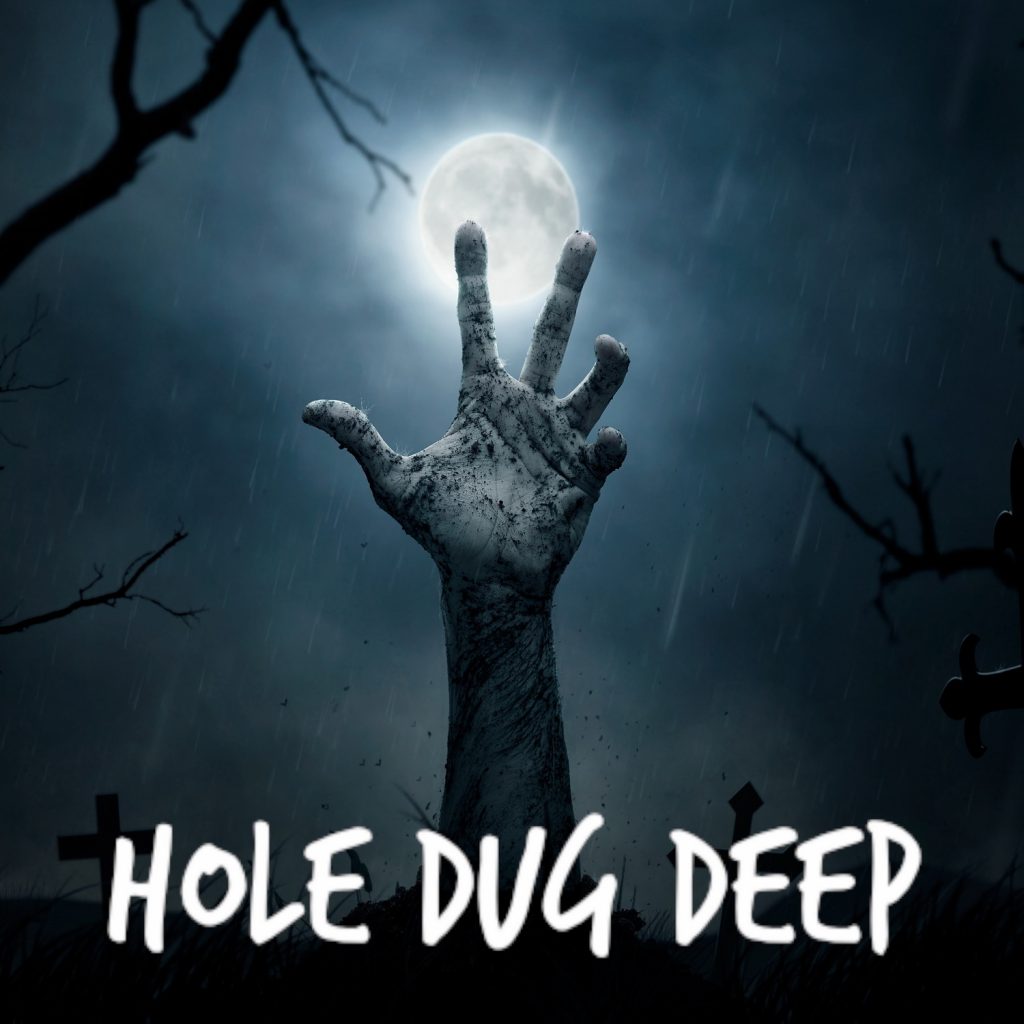