Hailing from Tampere, Finland, Phallosopher is the Black Metal project of Jesse Heikkinen who you may know from his work in Hexvessel, Iterum Nata, Kauko Röyhkä & the Boots and The Aeon, aka ‘Fra. Kailash’ in which he seeks to combine elements of Jazz, Ambient and Avant-Garde with Black and Death Metal to create a collective auditory hallucination formed by trans-cosmic solar-phallic forces of Death, Magick and Rock’n’Roll. All of that might be a lot to take in and some of it wouldn’t fit within the confines of his other projects so this new entity is seen very much as an experimental creative outlet.

A debut album adorned by cover artwork from Antti Saarilampi, it begins with the “Death is the Crown of All“, a cosmic calling from a demon that reaches out from the depths of space and time as a spoken word introduction over a distorted soundscape and grabs your attention like a noose tightening around your neck. “I-PHALLO-O-SOPHER” then races away with a story about terrors and pleasures of annihilation and creation with Black Metal tinged guitars and bursts of blast beats more in tune to what you might have expected from the album given the prior history of felonies with other bands. The brilliance of the solo will still be ringing in your ears when “Bring Me the Head of Your Prophet” skins it’s teeth in and injects the black venom into you very soul with it’s drop out to a warped, off kilter bluesy ambient piece of guitar work. It’s mesmerizing, a shoegaze moment before the burst back into Black Metal and is the last thing you’d expect mid track, very much the kind of thing you might hear from Imperial Triumphant. Follow up “What have You Buried in Here” occupies a similar space, offering meandering, haunting guitar work that leaves you uneasy, the background noises threatening something bursting out to rip your soul out that never appears and instead it makes way for the short sharp shock of “Malkuthian Cunt“, a breakneck rampage through the woods with a single verse with a Black Metal growl that perfectly executed.

The Heikkinen’s gruff unclean vocals are the call from the abyss on “Black Light of Creation“, an almost bi-polar cut in which the ambient closing moment is more sinister than the Black Metal that precedes it. There is a similar vibe to that captured in 1968 by Stanley Kubrick’s “2001: A Space Odyssey” in that passage and it draws out the eerier parts of the music that comes before it on repeated listens in the same way that “The Cold Sun” by Loathe does, despite the core sounds of both bands being Worlds apart. Returning to the more traditional approach like the Earth orientating around the Sun for “Death is the King and the King has Returned” keeps us on board and we are rewarded with an onslaught of percussive battery and jackhammer footwork that rumbles like the shifting of tectonic plates. Despite that there is a mournful melancholic melody that accompanies it before a blistering extended solo that as inspired as it is unexpected. The eerie haunting melody of “Night of Pan” is the sound of a dream turning slowly into a nightmare with a sense of something lurking out in the distant darkness, another piece that should be on a horror film soundtrack, the music that builds up to the shedding of blood. It is perhaps an interlude rather than an introduction and the track that follows is the most eclectic and eccentric of the album in “Whore and the Beast“. It’s hard to tell is “(I)” was conceived as an album or merely a collection of ideas and while it has plenty to offer some of those ideas don’t sit well together; however that being said, if one of these is chosen and run with for the next album then it is easy to see this as the starting point and thus this harrowing tale might make more sense [6/10]

1. Death is the Crown of All
2. I-PHALLO-O-SOPHER
3. Bring Me the Head of Your Prophet
4. What have You Buried in Here
5. Malkuthian Cunt
6. Black Light of Creation
7. Death is the King and the King has Returned
8. Night of Pan
9. Whore and the Beast 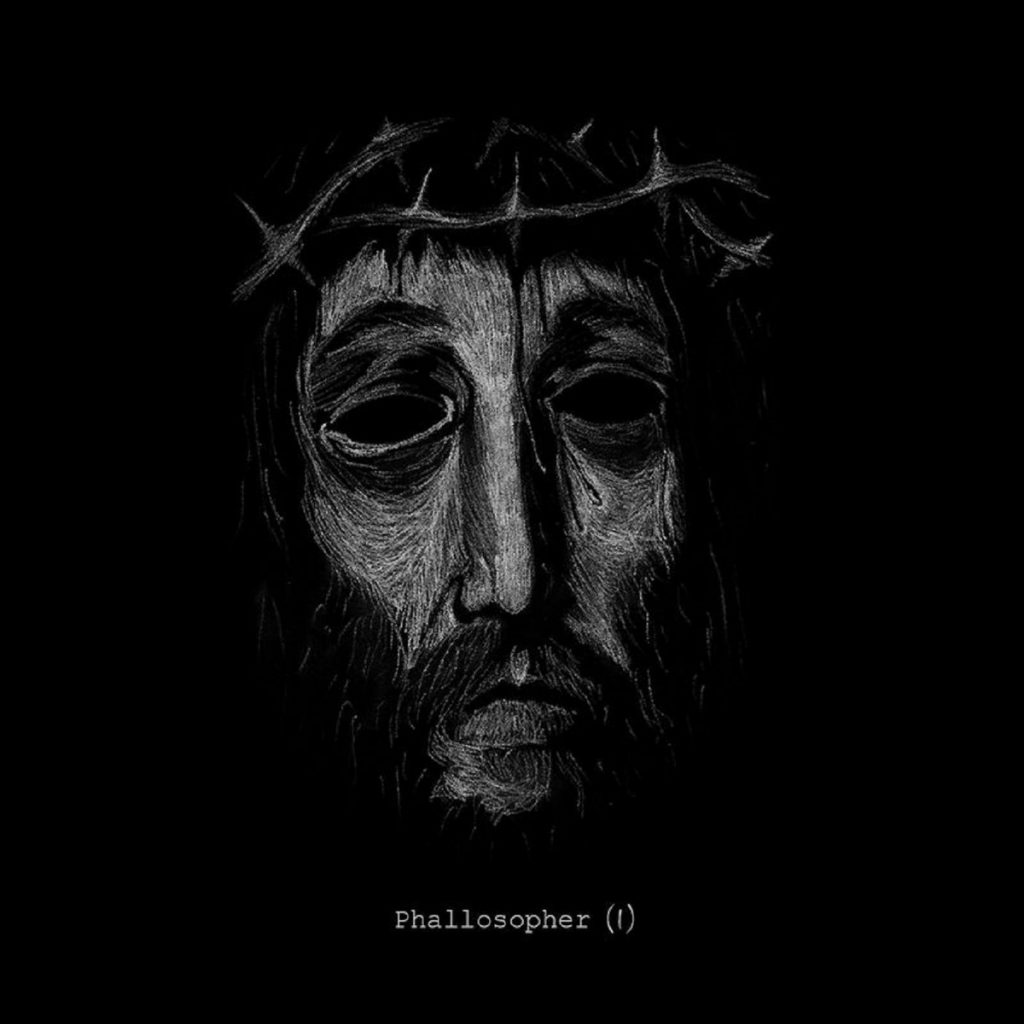