Skip to content
HomeExclusive InterviewsExclusive Interview: Penny Coffin talk “ΤΕΦΡΑ”!
The notorious homeless shelters of Victorian London is where Scottish and Greek Death Metal trio Penny Coffin take their name and in their debut EP “ΤΕΦΡΑ” (pronounced “Tefra” and meaning human ashes, in Greek) they have crossed our palms with silver. Formed during the Great Plague Daniel Paton (guitars and vocals), Joseph Edward Kelly (guitars, vocals and bass) and Panagiotis Rodopoulos (drums) had the fortune to be able to work with Dan Lowndes (Mortiferum, Spectral Voice, Pallbearer) who mastered their EP at Resonance Sound Studios…

How do you go about forming a new band and writing new music during a Global Pandemic? What made you choose to start during the Great Plague? “Myself and the other guitar player, Daniel Paton, have known each other for years. We played in a band together back about a decade ago so when he suggested doing some death metal last summer I jumped at the chance to get back doing something creative. With the previous band things just didn’t come together so this time around it was more “by a hook or by crook”, we didn’t want things left on the shelf. We live about 150 miles apart so most of the writing was done sending ideas back and forth through a phone app called bandlab. Very simple, no frills set up, putting the phone mic to amp speakers and programming drums, squinting at midi maps!”

How did you go about selling the project to Panagiotis Rodopoulos (Bionic Origin, Dominicide) to play the drum parts? “I saw an ad Panos put online and it was apparent right away that he could really play! By the time I messaged him we had a fairly decent chunk of material we could share with him so he had a pretty good idea of what he was getting himself into! We had basic drum parts in the demos but he brought a real drummer’s sensibilities to the songs. For this kind of music you really need a drummer with the chops to pull it off authentically so we lucked out in that regard”

At what point did you decide on the name for the band and how did you come to take inspiration from the homeless shelters of Victorian London? “I remember reading about the practice of four penny coffins and in general the history of workhouses and it always stuck with me. These places seem horrific compared to most of our society today but I see its reflection in the modern age, things have just grown subtler. Historical parallels to the modern world is something we have also explored lyrically. The imagery of the “four penny coffins” give the right kind of eeriness for death metal and avoids the gore or satanic stuff other bands use. Not that there’s anything wrong with that but it was something we didn’t want to go with. The penny idea also falls in line with another concept we discussed using of charons obol, the practice of placing coins on the eyes of the dead to “pay the ferryman”. The EP artwork references this concept also”

During our review we’ve compared the sound of Penny Coffin to Twitch Of The Death Nerve and Australian Black Metal project Snorlax, but who would you say the influences were behind your sound? “Snorlax are great! The pretty obvious one with these tracks is Morbid Angel, pretty unashamedly on my part but I love them! Im also a big fan of more slow, Doom orientated stuff. Outside the classic Death Metal stuff a lot of the guitar stuff is my attempt at post-rock/shoegaze stuff like Mogwai or Slowdive. The loose concept for the sound is to be a band capable of doing the fast and the slow stuff whilst incorporating elements of atmosphere but first and foremost its about riffs”

Being a band part Scottish and part Greek, do you see Penny Coffin as purely a studio project? Has playing live ever been discussed? “Definitely for the future. Panos has been living in Scotland for a few years now so the distance aspect is actually more me and the other guys. Biggest hurdle will be finding a bass player but hopefully getting the music out there will help”

What’s next for Penny Coffin? “We have a decent collection of songs ready to take to the next level so the process has already started to record a selection again. Recording “ΤΕΦΡΑ” ourselves we learned a lot, so we want to refine the process, take what worked and improve on everything. Hopefully won’t be too long before we have new music to share” 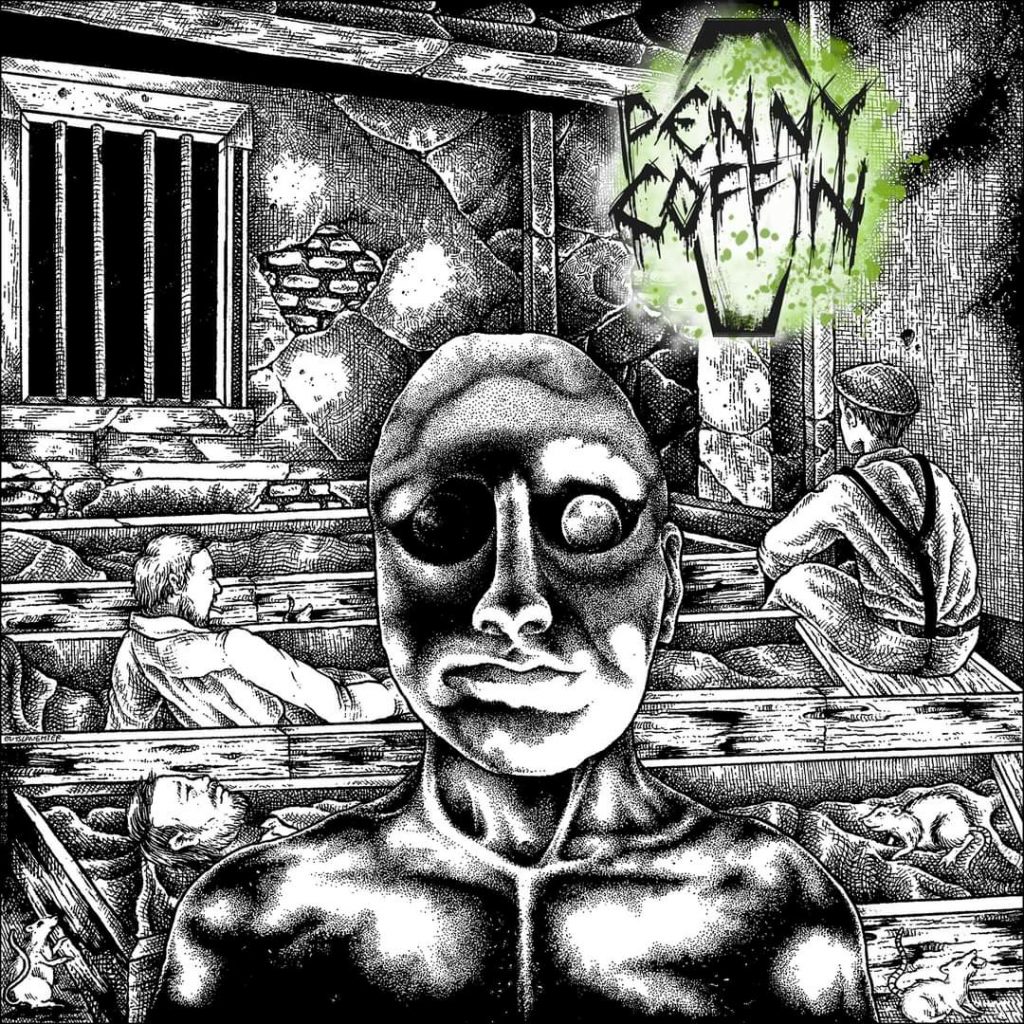