Hailing from the North East of England, Osiah have made their name transcending Deathcore into a whole new realm of destruction following the likes of Fit For An Autopsy and Whitechapel down the road less travelled, all the while pushing their boundaries that much further. The presence of a pair of guests on “Loss” in Jason Evans of Ingested and Ben Duerr of Shadow of Intent only serve to highlight the bands current status as a rising force, seeking to break the chains and become a truly international outfit and it’s fair to say they have paid their dues on a national level as Kings of the Underground. Having toured with Cattle Decapitation, The Faceless and Distant they have sharpened up their approach to combine the monolithic misery of debut “Terror Firma” with the more matured technicality of “Kingdom of Lies“, recording in house with guitarist Andy Mallaby (who also produced) before handing off to Christian Donaldson (The Agonist, Congnizance, Ingested) for mixing and mastering.

Lets get one thing straight. When we say that Osiah have transcended Deathcore, we by no means mean they have gone soft. In fact, they’re as brutal as they’ve ever been bringing skull shattering crushingly intense breakdowns with jarringly downtuned guitars with viciously barbed vocals and dangerous tempo changes to the table. The difference is that the genre straight jacket is no longer on the prisoner; Osiah are a quintet creating music that now combines Technical Death Metal with Deathcore and even Black Metal, such is their proficiency on “Loss“. The other Worldly vocals of Ricky Lee Roper have always made him heavyweight contender but on this record, there is that much more at both ends of the extreme; “Paracusia” seeing him combine Slams with his Death Metal growls while “Queen of Sorrow” has some ear splitting shriller vocal parts and even some Metallic Hardcore barks thrown in for good measure. In those two brutish cuts alone he has at least five different vocally styled moments. Shoehorning in Downtempo slow headbangable grooves between blast beat sections on that cut is just jaw dropping. Then you’ve got the dark atmospherics of the title track “Loss” which builds on those solid foundations with sinister, haunting leads before the rhythm section delivers the knock out; not only do bassist Carl Dunn and drummer Noah Plant deserve a lot of credit for their stand out performances on this record, but so does Ronnie Young, the man who handled the engineering on the drums.

“The Eye of the Swarm” which sees Ben Duerr of Shadow Of Intent lend is throat to proceedings is one of the most intense cuts on the record. The frantic and frenetic energy of the riffs accompanied by some unhinged schizophrenic vocals that just have to be heard to believed. There is even a rap-scream in there which is completely fresh but the closing section that ends on a Downtempo breakdown is the icing on the cake; pulling the rabbit from the hat and placing it straight on the chopping board. There is only one cut that offers a slight reprieve from the full on, high octane approach and that is “Terracide Compulsion“, which seems to run out of energy in the second half of an album that is otherwise a lethal dose of pure hatred from start to finish. There are some unhinged ambient moments and off kilter riffs that surface during various points of the record including the start and end of “The Ominous Mind” which creates a lingering ‘there is something coming‘ feeling before things get going; these become critical in the way that the album flows, allowing what comes next to hit that much harder. The pause break riffage of “Celer et Audax” (Latin for “Swift and Bold“) and partner in crime “Echoes” is perfectly executed, allowing for the vocals to bleed across the gaps and the result of that is a pair of titanic Deathcore cuts that standout from the rest thanks the barbed edges, angular riff attacks, bursts of blast beats and of all things, Hardcore roots. If you were to strip the engine down the bare essentials, there is some Beatdown foundation in the mix, the grooves and technicality have been layered on top to give everything that glossy finish, but it is there. “Loss” is a hideous, grisly, torturous barrage of filth that sees Osiah unfiltered and unapologetic; if you’re faint of heart then look away because this will make your ears bleed. They should find themselves supporting Thy Art Is Murder real soon. [8/10]

“Loss” by Osiah is out 7th May 2021 via Unique Leader Records, pre-orders are available here 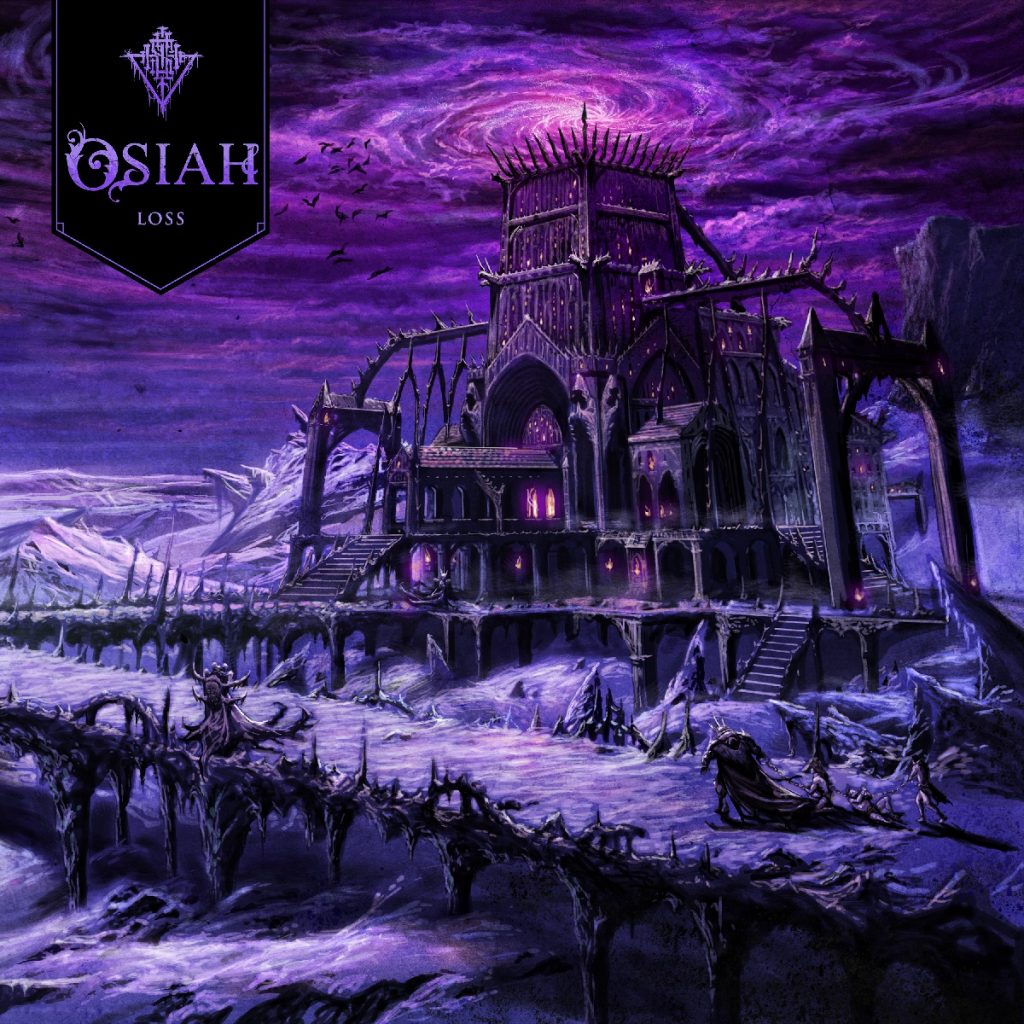