Having announced that they will be joining Black Tongue and Inferi in supporting Polish Death Metal legends Decapitated on their 25th Anniversary European tour trek from Vienna to Dresden in January 2022 last week, Milton Keynes DJentlemen Heart Of A Coward have promised a headlining run of their own. The shows will take place in September around appearances at Uprising Festival and Core Fest in Germany with support acts yet to be named… 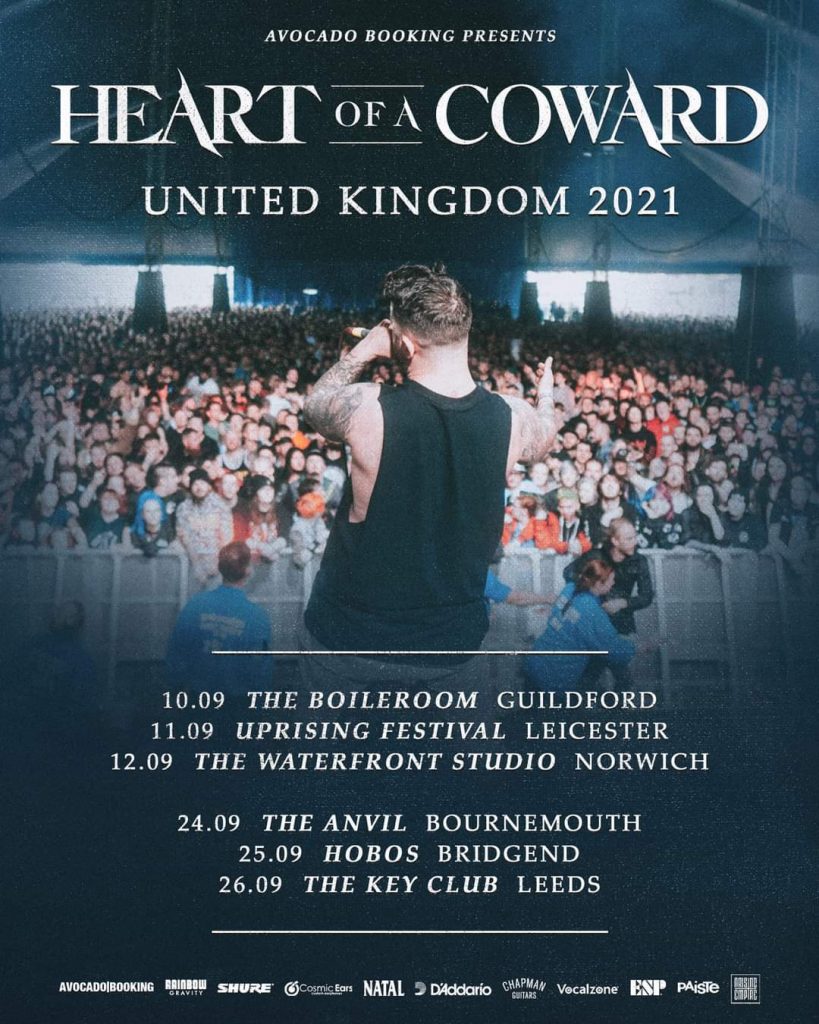 Tags:Arising Empire, Heart of a Coward, The Disconnect