Skip to content
HomeReviewReview: “The Redemptive End” by GROZA

Forged in the fires of Bavaria, Germany in 2016 as a one man Black Metal Project, GROZA grew into a trio over the two years preceding their 2018 debut “Unified In Void“, a well received album that provided enough raw material to afford the band the opportunities to relentlessly wage war on Europe with their siege weapons. Returning to the studio, “The Redemptive End” was once again recorded and mixed in house by multi-instrumentalist P.G. (guitars, vocals, orchestration and samples), however this time he has passed mastering to Michael Kraxenberger at Sick Of Sound (Endark the Brightness, Praise the Plague). That recording process was carried out during the summer and autumn of 2020…

…A barely audible spoken word in “Submersion” adds a sense of tension to its building sonic waves as if being spoken to by ghosts from the other side of the void before “Descent” brings the throat shredding vocals to the fore with fiery ferocious intent. The familiar rumble of raw unbridled rage and despair cutting through the blast beats and tremolo picking guitar work with the call to descend into the black dragging at the soul like a black hole consuming everything within its grasp. There are searing melodies with “Elegance Of Irony” that bleed sorrow with a sense of hopelessness and some intriguing Post-Metal inspired leads that echo recent offerings by the likes of Harakiri For The Sky and Alcest and breathe new life into the genre from an unanticipated source while remaining distinctly Black Metal at its heart. It’s all about atmosphere and the fires of the previous album still rage on here and the skies over head are still shrouded in black clouds, however now there are chinks of light that shine through them with inspired moments of brilliance that explore new frontiers and territories for a band who could so easily have been trapped by their previous works. While the first third of the title track is all furious Black Metal blast beats and blizzard wind-esq guitars, the central passage slows down to pained acoustic melody with a deep rooted sorrow and hopelessness that perhaps shows some Accursed Years esq Folk Metal leanings within its dull ache. The climb from that back to the majestic soaring ferocity is stunning, the saxophone of Peter Zilles adding an unexpected dimension that works incredibly well. “Nil” stands out for opposing reasons as GROZA flip the script entirely and present something that goes heavier and harder in the mid section but the best is saved for last with the epic “Homewards” a tour de force of epic proportions. The harmonies are rich and velvety smooth in their bleak depictions, perfectly balanced against the bone shattering onslaught when it arises before is harrowing tale of self immolation comes to its bittersweet end, a brutal and cathartically unsettling tale of woe reflected in the chilling waters of the lake in the witching hour [7.5/10]

“The Redemptive End” by GROZA is out 6th August via AOP Records and is available for pre-order over at bandcamp. 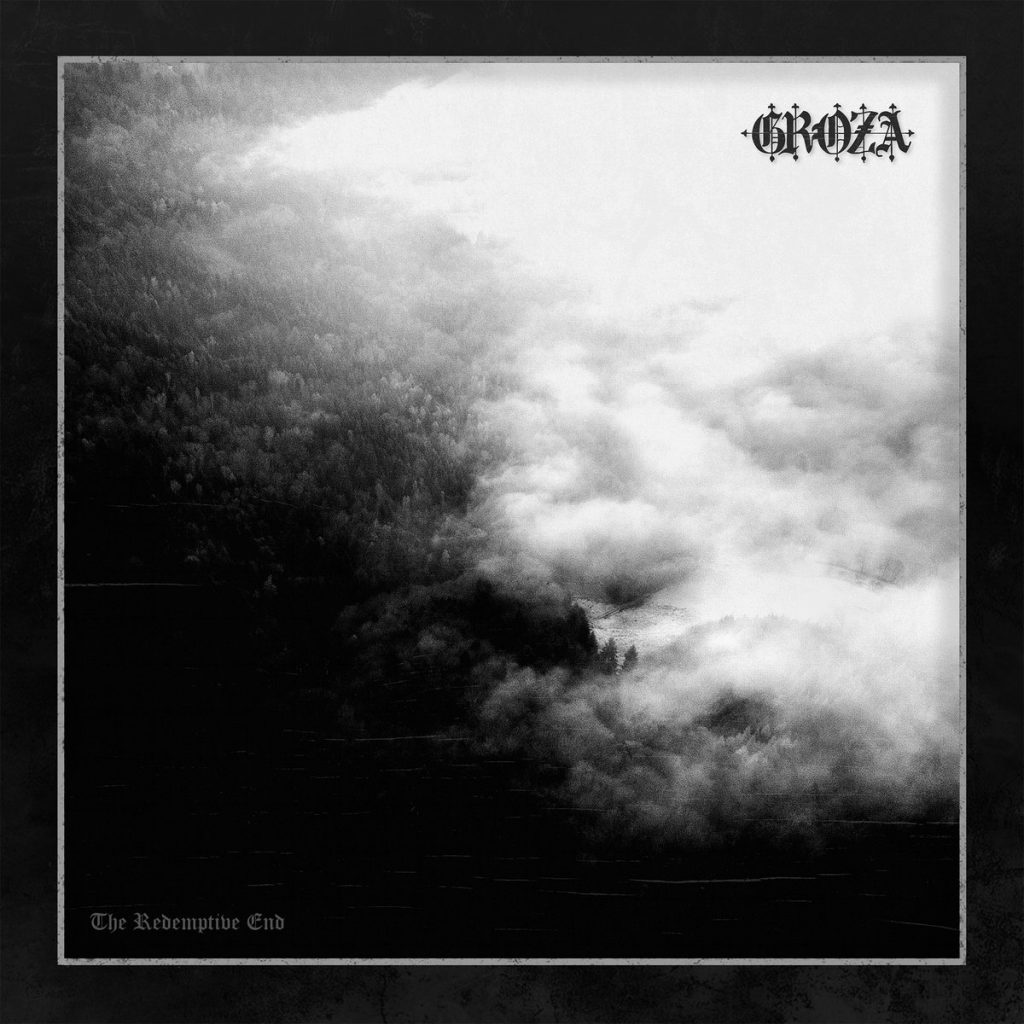