They maybe releasing their debut EP together in “Ov Behest” but Finnish Blackened Death Metal act Anima Hereticae may not be strangers to anyone they may encounter. The trio of seasoned musicians have a wealth of experience with bassist and vocalist Ville Rutanen serving time in Red Moon Architect, ex-The Final Harvest and ex-Casket, guitarist and backing vocalist Taneli Jämsä doing likewise with Frosttide, Hukutus, Red Moon Architect and Ghost Voyage. Then you have drummer Teppo Ristola who has been in Paara, Lost in Grey, The Crescent and ex-Archaios Ophis, to name but a few. That time has allowed them the opportunity to perfect their witchcraft and draw their influence from both the soundscape of the Nordic regions northern melancholy and more modern Death Metal sounds while thematically paying tribute to the raw beauty of the northern nature and mysticism in it’s darkest. The EP was recorded and features orchestrations arranged by Saku Moilanen who has previously worked with bands like Wolfheart.

There may only be three tracks but fans of these musicians shouldn’t feel short changed as “Ov Behest” represents just over 25 minutes of Blackened Death Metal that has been given a cinematic edge thanks to Saku Moilanen’s orchestrations and while those moments are present throughout unlike some symphonic offerings they do not overpower the rest of the bands dark offering. Instead they serve to lift everything while being partially buried within in the mix giving the whole record a dark and foreboding atmosphere that suggests something wicked this way may come, as if you’re on a small fishing vessel heading out into stormy dark waters. Add to that the incredible percussive battery of Ristola, who is a master craftsman behind the kit and drives every cut forward with death march precision, the dark and ominous riffs of Jämsä and the skull crushing demonic vocals of Rutanen and you get the picture. Its as if the gates of hell have been opened and the trio have appeared, demons surrounded by a tornado of plague winds as they look to destroy everything in their path. Rutanen’s vocals may border on the hard to decipher side of unclean but you can get enough to get the idea without needing a lyric sheet before his throat simply becomes another instrument, adding a layer of pure carnage to the proceedings. In contrast, the title track offers some soaring melancholic moments of orchestration that sound like the soundscape to the escape from Arkham Asylum, shrouded in darkness and mystery and yet bright and vibrant in contrast to the darkness that the rest of the band provide, creating chinks of light through the storm clouds and dark skies above, something truly masterful. Blast beats erupt like a volcano on “Constellation Of Capricorn” which leans towards the Black Metal of the sound the trio have chosen for themselves while they have crafted some jaw dropping transitions and tempo shifts into this final piece. It has a huge chorus part that is fitting of a grand venue but any temptation to bring any form of clean or operatic vocals into this one have been well resisted with Rutanen playing the role of a Demonic God in full destructive flow. Please sir, can we have some more? [8/10]

“Ov Behest” by Anima Hereticae is out now via My Fate Music / Inverse Records and available over at bandcamp. 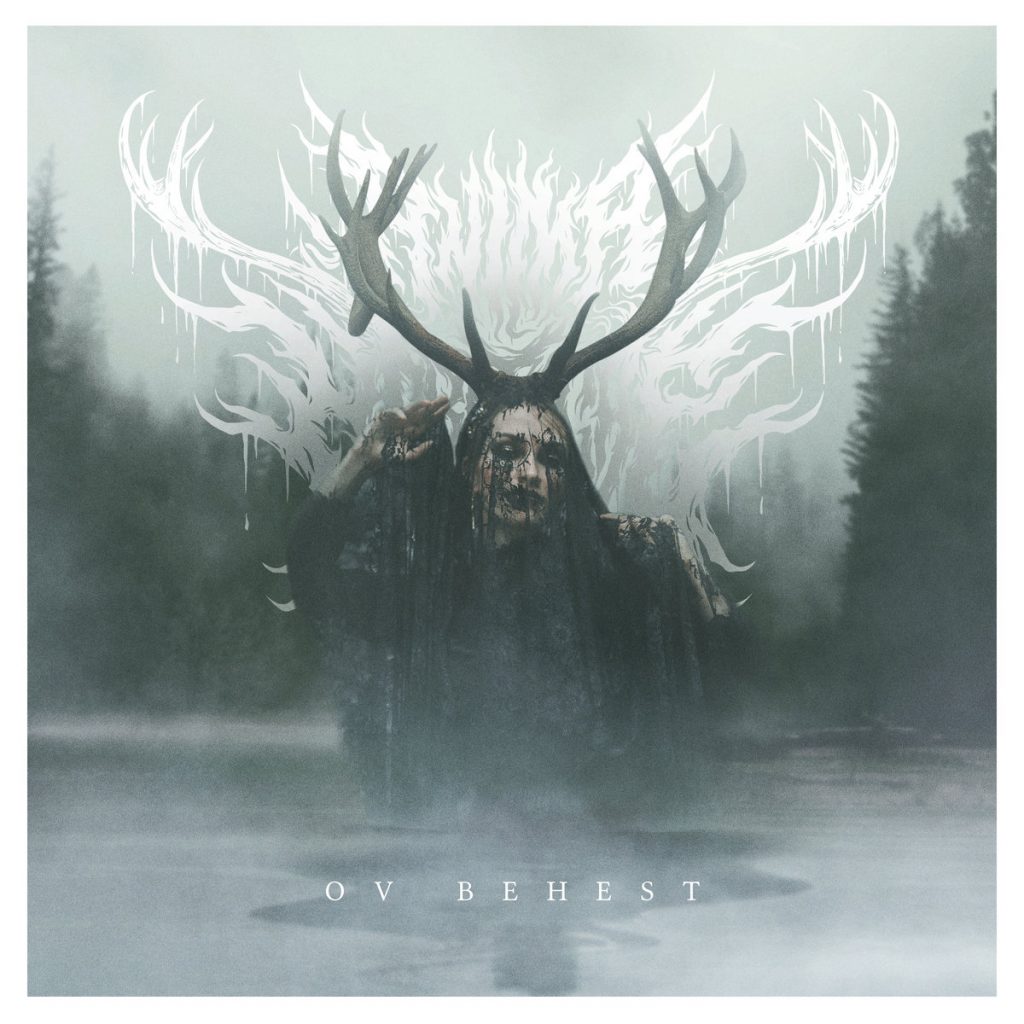