There aren’t many more ferocious, urgent and uncompromising defenders of the UK Grindcore scene than Razoreater who have built that reputation over the past decade by sharing stages and going toe to toe with the likes of likes of Full Of Hell, Abigail Williams and Venom Prison to name but a few. Returning with their first studio release in five long years since 2016’s “Vacuum Of Nihil”, new EP “Purgatory” was captured by James Burke at The Noise Cabin and not only are the band more fired up than before but they will also be releasing this new EP on vinyl, cassette and digital formats through Cardiff, UK based DIY extreme music label FHED. We haven’t even mentioned that it was mastered by Brad Boatright at Audiosiege (Drug Church, Wristmeetrazor, Drain), a man with a glowing reputation himself…

…the Cambridgeshire based grind merchants are known for producing short, fast and incendiary bursts of dark energy, channelling their frustrations into the kind of cutthroat whirlpool of razor sharp riffage and precision blast beats that leave other, lesser mortals crying for their mothers while wondering what they’ve just heard. “Purgatory” continues that trend with seven cuts for seven sins, each one the kind of brutal slab of brutality that you might expect at a basement hardcore show; no thrills, just spills followed by the accepted rite of passage that is the brick fight. The quartet vent their collective spleens in catharsis from the very start of “I Despise Us” which blood spitting vocals wrapped up in a claustrophobic swirling whirlpool of fresh ripping riffs and relentless incendiary percussive battery that shows no let up until the closing stages of “One Last Nail“. That is but a momentary respite before the blue touch paper is ignited once more and “End This Hell” takes to flight with the searing intensity of a blowtorch across bare flesh. It’s nothing short of pure carnage, the kind of bedlam that is the soundtrack to psychiatric ward patients escaping the asylum, armed to the teeth and prepared to raise hell with a feral, animalistic quality to the vocals. At the tail end of the record “There Is No More Hope” sees the band break new ground and cross the 212 second mark for the first time since 2014’s “The Weyward Coven” and drawing surprising comparisons with Mancunian Blackened Hardcore merchants Leeched. Brutal, fierce and ferocious and faster than a speeding bullet, “Purgatory” is exactly what you need to drag you kicking and screaming through a hedge backwards, punch you the face and tell you to stop moaning and get in the mosh pit [7/10]

1. I Despise Us
2. Cursed Are The Merciful
3. One Last Nail
4. End This Hell
5. Vittu Saatana Perkele
6. Set Fire To The Preacher
7. There Is No More Hope

“Purgatory” by Razoreater is out now and available physically here via FHED as well digitally over at bandcamp. 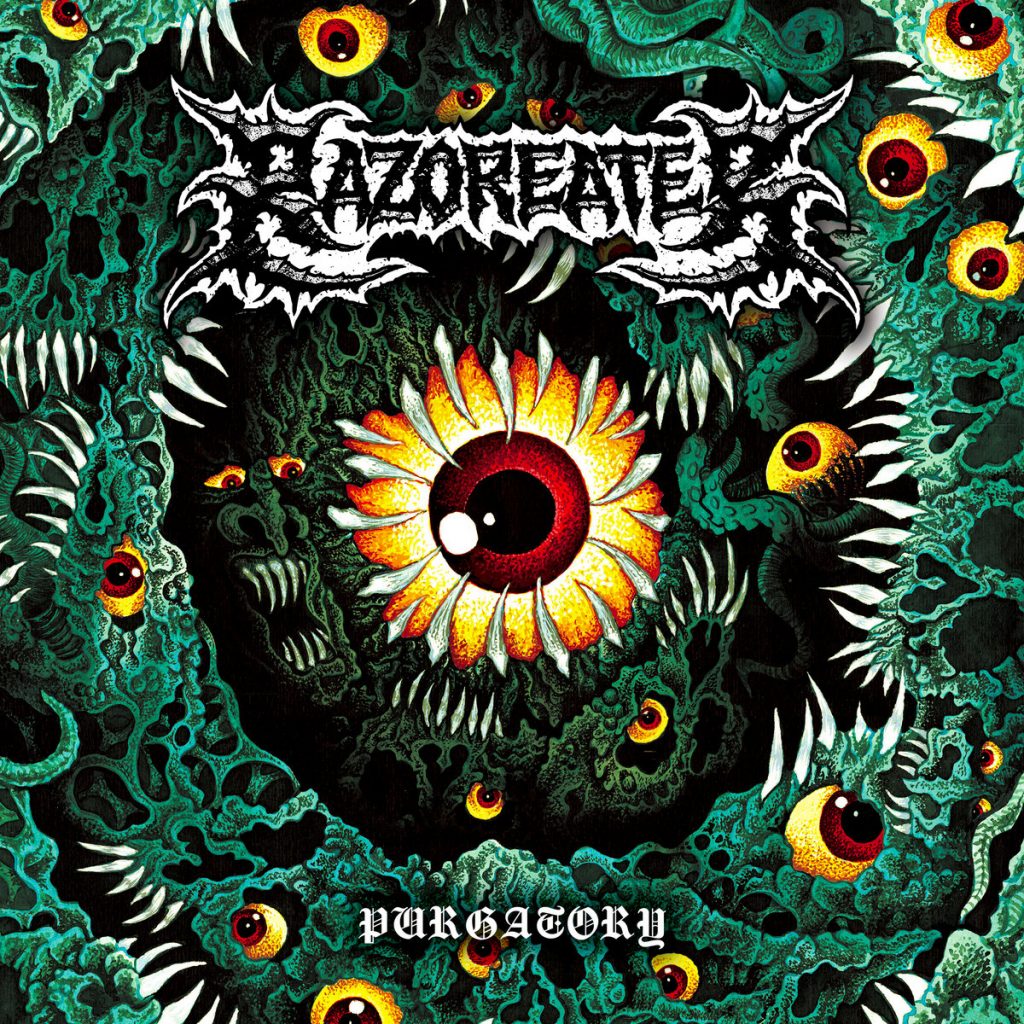