It’s time for some cheese to go with that fine wine we’ve all been dining on so to 1983 we run and the Grammy nominated Michael Sembello song “Maniac” that appeared on the soundtrack to the Flashdance. Ironically enough the song was written by Dennis Matkosky whose imagination was sparked by a news report on a serial killer, before he and Sembello uncovered a 1980 horror film with the same name and wrote some gruesome lyrics from that inspiration. It was then watered down after director Adrian Lyne heard the demo to make it more appropriate for the story of the dancer of the film from which it became a monster hit.

So to our head to head and of course we have Jacksonville Florida born and raised Evergreen Terrace in the Red Corner who recorded their version for their 2004 covers album “Writers Block“. The Melodic Hardcore outfit claimed they suckered their then label Eulogy into putting that out, but actually, as covers albums go, it’s from the top drawer with Smashing Pumpkins, The Offspring and NOFX all getting the treatment as they show off their wide ranging influences in style. In the Blue Corner we have Rising Insane, a  Metalcore quintet from Schierbrok Germany who have set “Afterglow” at the title of their next record, due 10th December via Long Branch Records. That is the follow up to the well received “Porcelain“, which according to Distorted Sound Mag sees them take the melodic power of Northlane, melodies of Annisokay and fire of Architects… who wins? You decide! 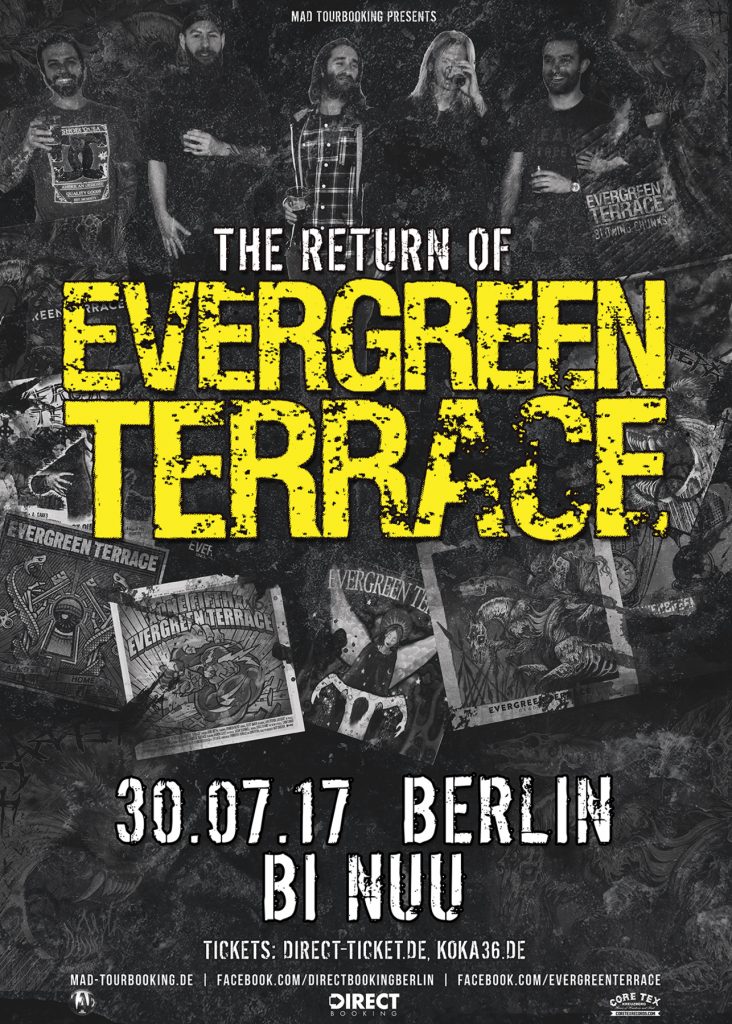