The better part of four years have passed since 2018’s “The Calling” and for Sheffield riff beasts Arkdown, more recent times have given them the opportunity to rest and reflect. Vocalist Kyle Dawson has exited stage left to be replaced by Joe Hallam as the band venture forth into the age of “Terra Phasma” with drummer Alex Roberts and axe wielding duo Mike Dawson and Mike Walker (no relation) marching on, the flag for Steel City Metal held aloft with Malevolence and While She Sleeps by their sides. Taking influence from Metalcore and Death Metal and having shared stages with Fit For An Autopsy, Oceans Ate Alaska and A Night In Texas it would have been a crying shame to let this dream die…

…The thunderous “Badlands” is the first introduction to Hallam’s vocals and he’s very much the perfect fit for the bands Groove laden head charge, a powerhouse who delivers an unclean roar that leaves lesser mortals cowering in fear. Sonically the cut is very much an anthemic return with soaring majestic Metalcore leads and haunting piano moments gracing it’s huge sound. The boys are back in town and they’re out for blood. “Made Of Misery” then sees Hallam showcase greater range with a brilliantly worked shriller tone Vs a darker bite as well as the kind of hopped up rap scream which Chris Fronzak from Attila made his name on, all of which sounds immense against a backdrop of a sound that combines Deathcore brutality with more of that epic grandeur. The band have mastered the art of atmosphere, each song building from a heavier start to incorporate those elements as it plays through, which is invigorating and fresh with the gradual transitions very well worked. They have also added little group vocal segments which are a highlight of “Harbingers” aside from that earworm riff and will go down a storm live. The synths are a lot bigger on  “False God Complex” which threaten to down it but Roberts has such a huge drum sound and brings some really interesting fills that is counter balances very well and that collosal breakdown section to close is a chef’s kiss. The intricate and ambient “Homecoming” is a sonic break from the bands bludgeoning rhythmic battery, a moment of clarity and the calm before the storm of the title track. That takes inspiration from Symphonic Death Metal and is the full on magnum opus, something the band have threatened but not quite reached before with a plethora of melodic and meloncholic leads and that mournful programming coupled with the driving riffs to create not only the finest cut here but the finest of their career in a defining moment. The closer “Genetic Hysteria” could have fallen by the way side in the wake of some an epic piece but the quartet instead create an extension of that with Hallam touching the void to Slam vocals in a couple of places to round things off perfectly for this beast of a record [8/10]

“Terra Phasma” by Arkdown is out now 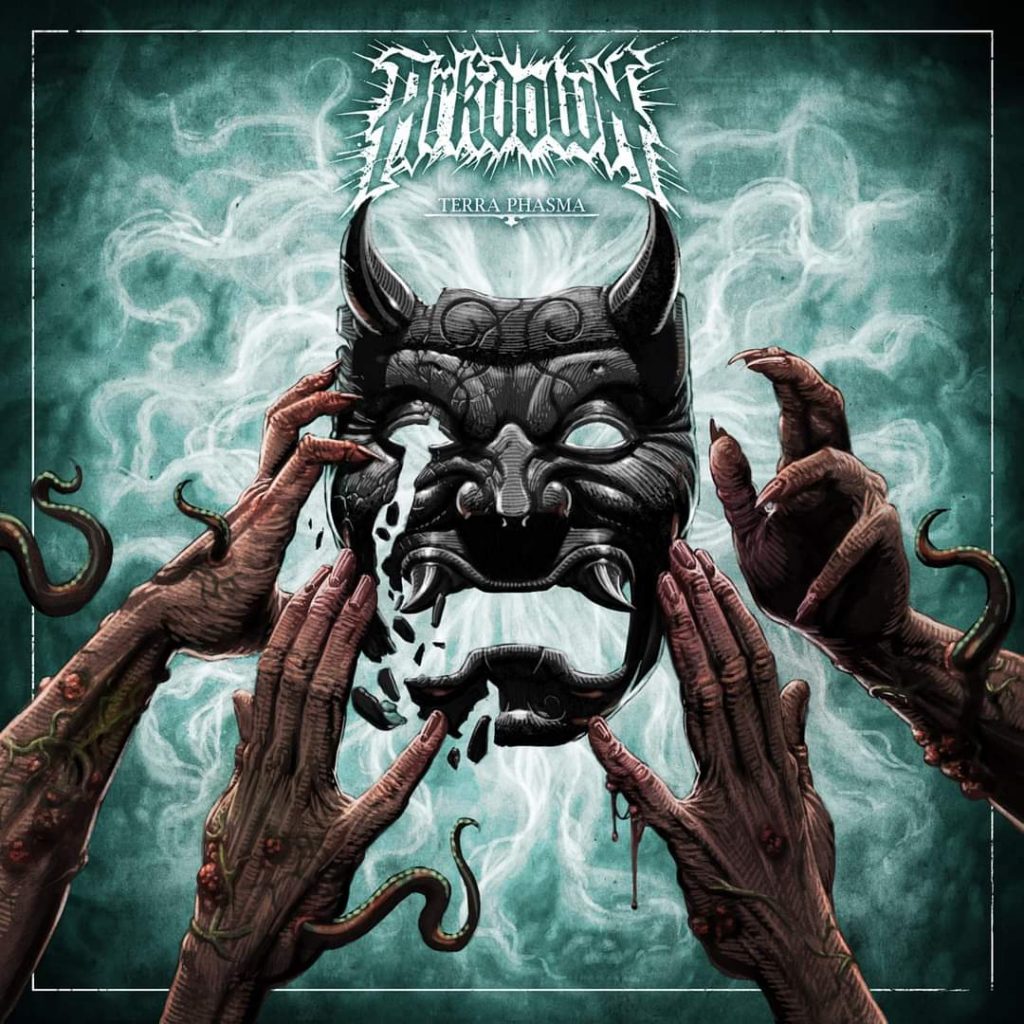