A trio of men ride Harley Davidson Motorcycles across and apocalyptic wasteland drinking Moonshine, high on the adrenaline rush of violence of a psychotic killing spree and drunk on the power of blood and destruction. That’s the tale of Manchester trio Wolfbastard, who feature in their ranks members of Foetal Juice and Burial, a low budget grindhouse movie of pure unadulterated carnage as the protagonists shoot first and ask questions later, laughing schizophrenically as life hangs in the balance with every passing moment. Deformed by their toxic environment, their minds warped by the sounds of Venom, Motörhead, Darkthrone and Discharge, they’re hellbent on creating a nihilistic and caustic sonic assault that mirrors their living nightmare…

…this third offering from Wolfbastard follows 2015’s self titled album and 2018’s “Graveyard Sessions” which feature between them such classics and “Necrophile“, “Worship The Goat” and “Sick In The Bath“, those song titles pretty much telling you all you need to know about the lyrical subject matter at hand. Sonically they create a witches brew that crosses Black Metal, D-Beat, Crust Punk and Blackened Hardcore with such vicious intent that one listen could well give you whiplash. On the surface an outpouring that leaves you breathless and is all rapid fire, there is method to the madness and digging beyond the vitriolic vocal battery acid spray, the lyrics make for interesting reading, a combination of evil storytelling and a seek and destroy mentality when it comes to writing the wrongs of evil with the cover art depicting the title track perfectly. Elsewhere themes of Satanism, violence and warfare delivered in shrill Black Metal screams are a skull shattering pleasure and while the production is rawer than the previous albums, it is perfect for the style for the frenetic buzz saw attack of the band themselves. Each cut is loaded with driven guitars, bass drives and blast beats in go hard or go home, live fast and die young fashion with an attitude that reeks of wanting nothing more than a drunken brawl with anyone and everyone within spitting distance. These rabid dogs would happily take on the likes of Raging Speedhorn and Iron Monkey with the wind at their backs and as it goes, if you’ve heard “Atavistic Black Disorder / Kommando” by Mayhem, it’s like that after a lethal dose of poison. The driller killers live and they likes nothing more than to sandblast your eardrums with an evil grin [7.5/10] 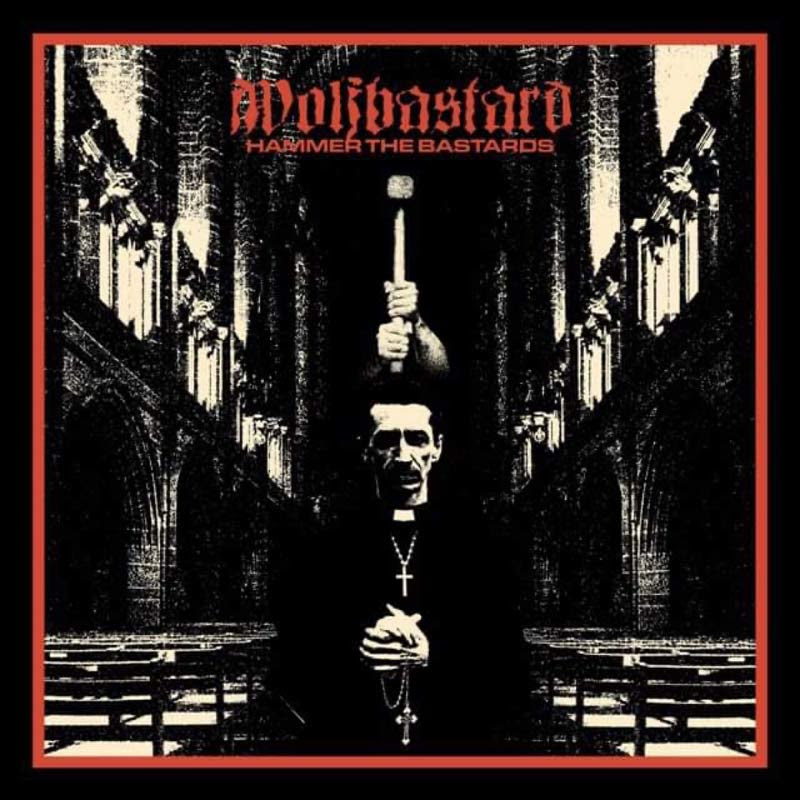