Skip to content
HomeReviewReview: “Order Of Chaos” by Descent

Engineered by Brendan Auld at Black Blood Audio, mixed by Kurt Ballou (Converge, Gatecreeper, Year Of The Knife) at God City Studios and mastered by Brad Boatright (God’s Hate, Drug Church, Wristmeetrazor) at Audioseige, “Order of Chaos” is the sophomore album from HM2 inspired Swedish Death Metal quintet Descent from Brisbane, Australia with grandiose artwork from Mitchell Nolte. It follows 2018’s “Towers Of Grandiosity” and a 5 track demo in 2015 with the band comprised of members of Snorlax, Resin Tomb, Feculent and Siberian Hell Sounds to name but a few to give you an idea of what they’ve been doing between records…

For those unfamiliar with the other outfits that vocalist Anthony Oliver, axe wielding duo Brendan Auld and Josh Kane and the rhythm section of Jim Dandy on bass and Kingsly Sugden on drums are in involved in, there is a healthy dose of Black Metal in there and that bleeds through the bandages in the form of the raw production, abrasive chainsaw guitar tone and inescapable malicious intent that Descent have in these burnt offerings. After the bone rattling opening that is “Tempest“, “Dragged” dives head long into furious blast beats with the kind of primordial blackened fury that you would expect from the colder climates of Scandinavia. What takes it closer to the bowels of hell is the Death Metal Groove in the guitar work, which delivers a new level of pleasure and pain to the ear drums, the equivalent of cleaning them out with sandblasting. Yet there is more, so much more on offer here as the band prove, as if evidence was necessary that they can do dark and oppressive atmospheres with “Gathering” before a Power Trip esq whammy bar drop solo that punches hard. Oliver is a master of caustic and incendiary vocals, his bark and bite seemingly getting fiercer as the album plays out with “Fester” being particularly throat splitting and if he saw a specialist they’d warn him that with this he’d used up the warranty on his larynx and was in danger of causing himself a brain haemorrhage if he didn’t tone it down just a couple of notches. The finest percussive performance of the record comes with the almost tribal fills of “Filth” with Sugden harnessing his inner Iggor Cavalera for large parts before throwing down the inevitable blast beat burst while there is also time for some Grindcore inspirations with the all out burn of “Safe” threatening to sever ties and sever heads in pure venomous fury. What more could you possibly want from a Blackened Death Metal record perhaps inspired by the likes of Entombed and Necrophobic? Oh, the bass solo from Dandy on closer “Despotic“? That’s a menacing piece of tension building before the grand finale of ear bleeding feedback that wraps the record back to the opening… [8/10] 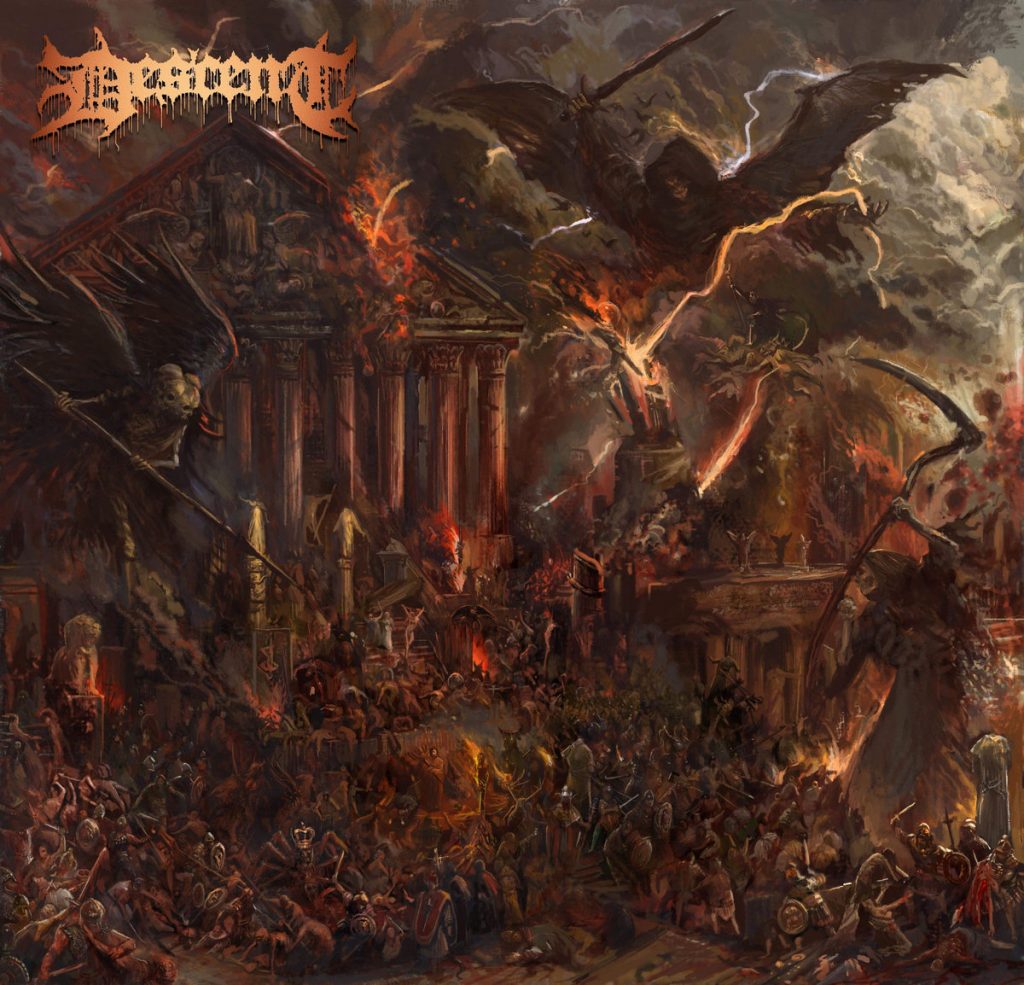