Crossing the swords of Blackened Death Metal and Thrash and generating sparks with their war cries Leicester natives Blood Oath are Hardened Warriors of a different kind. Featuring former members of Black River Project, Mindlapse and Slavestate the five horse men of the apocalypse have delivered a pair of well received albums in 2017’s “Kingdom of Dead Souls” and 2019’s “Infernum Rex Diabolus” in their seven years together. Their reputation for a ferocious live show was cemented when we saw them destroy Rabidfest in November with an insanely tight performance, scorching riffs, artillery shelling percussion and a few lightening bolt solos, they brought the fire with fans favourites like “Fury and Fire“. But here’s the thing. Unlike your more confrontational bands like Tyrants, they’re all about having a good time. They love a drink and a mosh pit much like anyone else and prove that despite being a slightly older band, they can party as hard as anyone else, including the Romanians as their travels have taken them as far as Bucharest where they drenched themselves in fake blood and stood beside brothers in arms in Soulfly and Kataklysm. 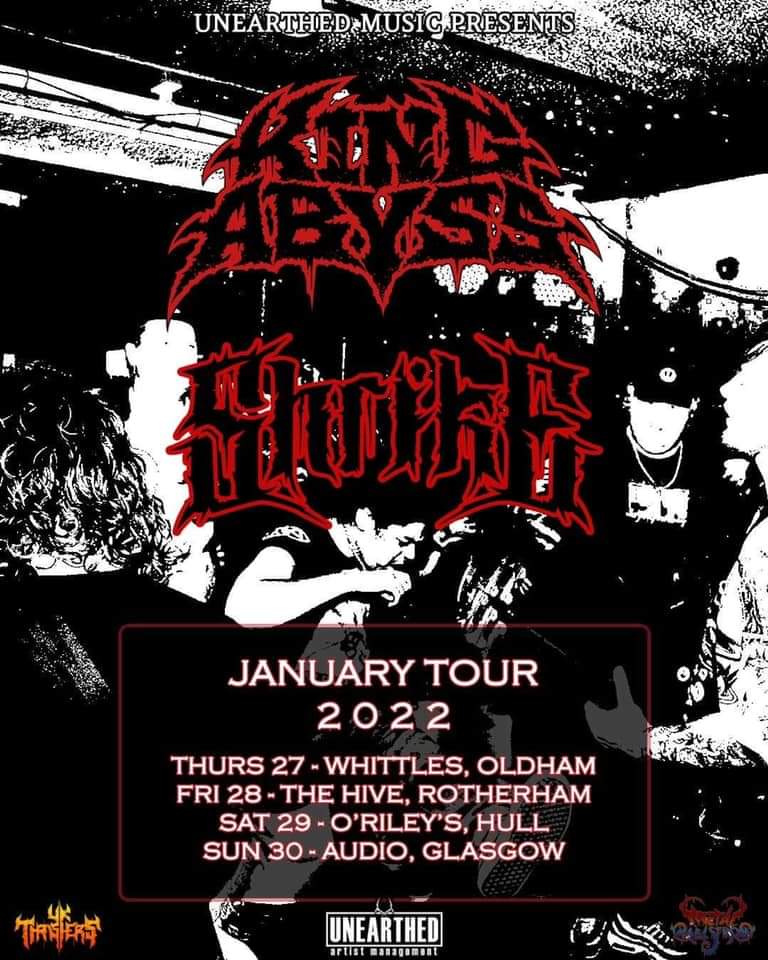