There has been many a debate by the fireside over many, many beers about the legacy of American Thrash Metal titans Slayer and if or when they will be back. There is no doubting that they are one of the most influential bands in not only Thrash but Death Metal with their downtuned guitars, infectious rhythms and graphically violent lyrics setting the bar high for both genres but reading between the lines it seems while guitarist Kerry King wanted to keep the motor running, vocalist and bassist Tom Araya wanted out. We could of course be wrong but that will only be known in the fullness of time.

So to our head to head. In the blood Red Corner we have Deathcore pioneers Carnifex whose version of the classic Slayer cut “Angel Of Death” can only be described as anvil heavy with their then label home Victory Records loving every moment when it was released as a bonus track for 2010’s “Hell Chose Me“. In the ice cold Blue Corner we have Basque Country Death Thrash act Extinction, whose rendition of the cut appeared on the cunningly titled “Reigning In The Abyss” Slayer tribute record released via BlackSteel Music in 2016, a year earlier their album “The Dark Matter” lit up the place. Who wins? You decide! 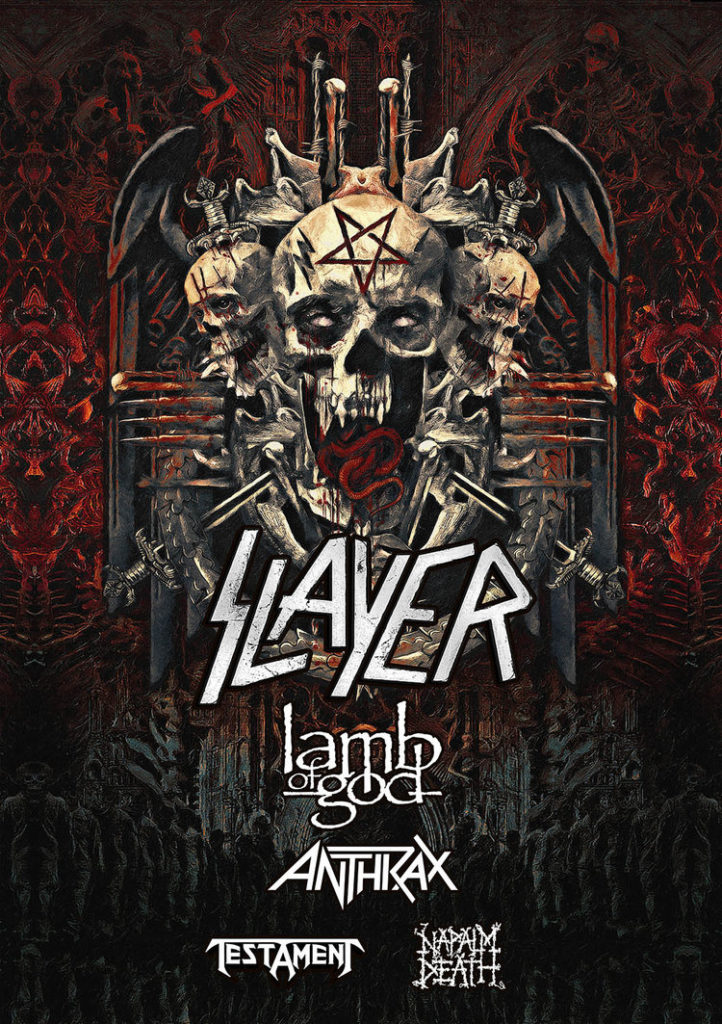