After a scalding hot pint of Grumpy Mule Coffee for the first time in a long time the roaming and foraging that is this very Black Map of the UK Underground Metal scene feature is staying firmly put in Manchester for the second week running – and not without good reason. Much like training with an Olympian, partying with Footprints In The Custard comes with a health warning. They’re professionals in their approach and for anyone who isn’t used to things like getting a shot of Jagermeister poured into their mouth if they have fallen asleep at the card table at 4am then things are going to get messy very quickly. But then you should probably expect nothing less from a band who freely admit to specialising in writing heavy and catchy tunes about partying, smelly genitals, unusual sexual habits and… bears. The Comedy Punk Metal extremists rose from the gutter in 2007 with “Oh God, It’s Warm” and since squeezed out another 7 records with 2019’s “A New Low” leaving the longest gap between material before 2022 single “Barren Field Of F***s” reared its ugly head. Ironically enough it’s their fiercest and most aggressive tour de farce to date while still having that tongue in cheek humour as the frustrations of the past two years spill out like a brain hemorrhage. So if you’re in need of a laugh and find yourself getting sick of some of the more cathartic releases that have appeared lately, this should be just the tonic. Served best over ice with Gin and a slice of lemon. Footprints In The Custard will be playing Eradication Festival at Fuel Rock Club in Cardiff in November, joining the likes of Blood Oath and Ashen Crown on an absolutely stacked line up. Miss it, miss out. 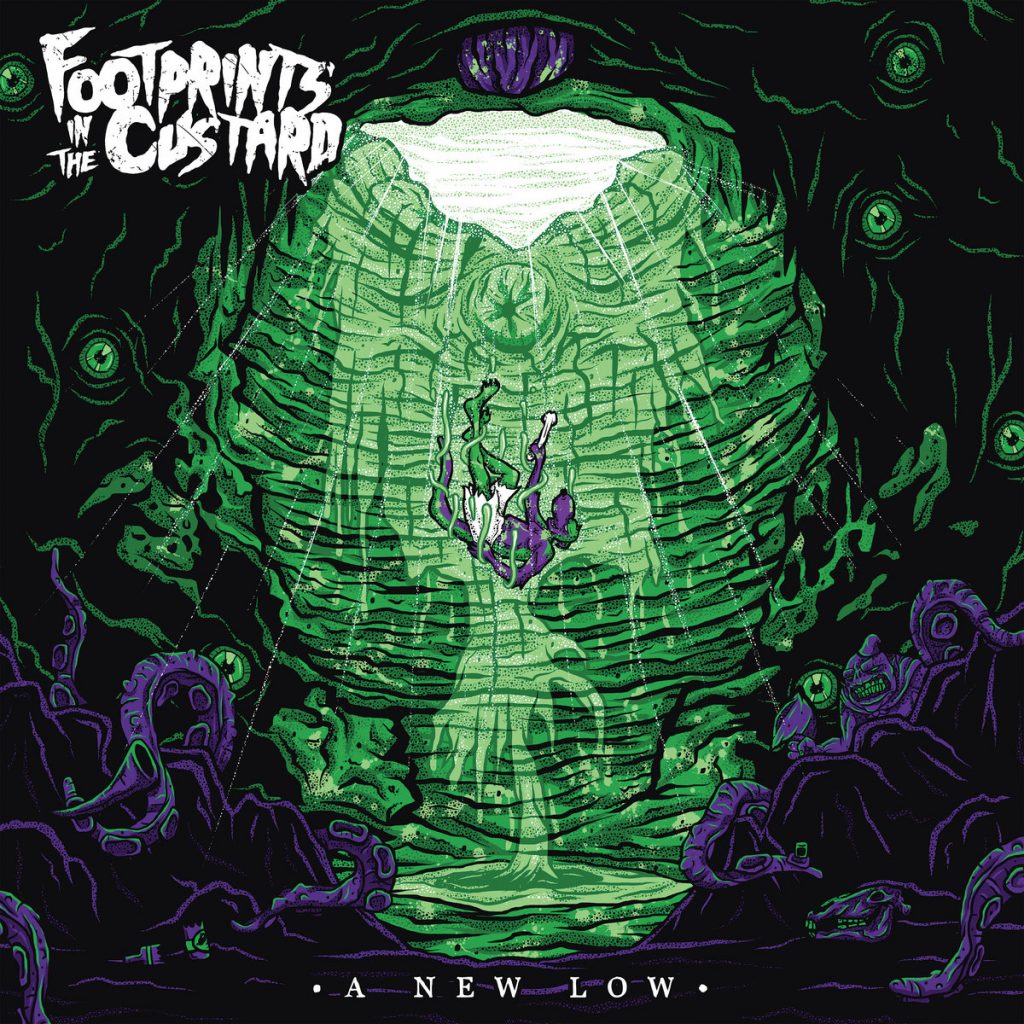