Causing havoc since 2018, Mikkeli Finland based Old School Thrash act Powar let “Post War” out of the nuclear bunker as the follow up to August 2020’s “Crowstance” as Sameli Suomala (Drums), Jasper Jokinen (Guitars), Juho Järvinen (Vocals, Guitars) and Oscar Jaime (Bass) continue the long march through the trenches. Taking influence from the likes of Pantera, Gojira and Avenged Sevenfold and Stamina they actually started out as a covers band playing mostly Metallica and Motörhead material before cutting their own path through the dense Urban Everglades.

Harnessing 80’s nostalgia with rose tinted spectacles from the very beginning, “Big One” leaves Powar sounding like Hatebreed playing a Metallica cover, with all that oppressive dark atmospheric of post traumatic stress syndrome we had from the likes of “Ride The Lightening” and “Master of Puppets” delivered at mid-tempo with a satisfying crunch and high grade solo. “Revolution” packs more groove, with the quartet again bringing out a suitable solo but it stops short of having that moment of gut punch that the bands peers have managed to find. Perhaps its the tempo or the Hetfield vocal stylings but something is missing that you just can’t quite place your finger on; however the accenting in the vocals creeping in does give the whole thing bags of charm. Staying firmly rooted in the 1980’s “Freezing Flames” floats around mental torment and that time spent as a covers band has certainly had an impact on the bands own material. The old school nature of the material is interesting, given that the band is made up of younger members but the fact that they’ve kept things straight and to the point with their song structures and not gone off on a tangent with extended solos or endless repetition stands them in good stead, as does the fact that they’ve done everything from recording to mixing and mastering in house. Indeed there is plenty about this release that about a young band, finding their feet and learning their trade and in that sense it is well done, all that is missing is something that separates them from the pack of hungry Wolves but there is plenty of time for that. The title track is the stand out one on “Post War“, closing the record with a fist clenched attitude and throwing down a little more spice in the riffs. Powar are going somewhere, but they’re not threre quite yet [6.5/10] 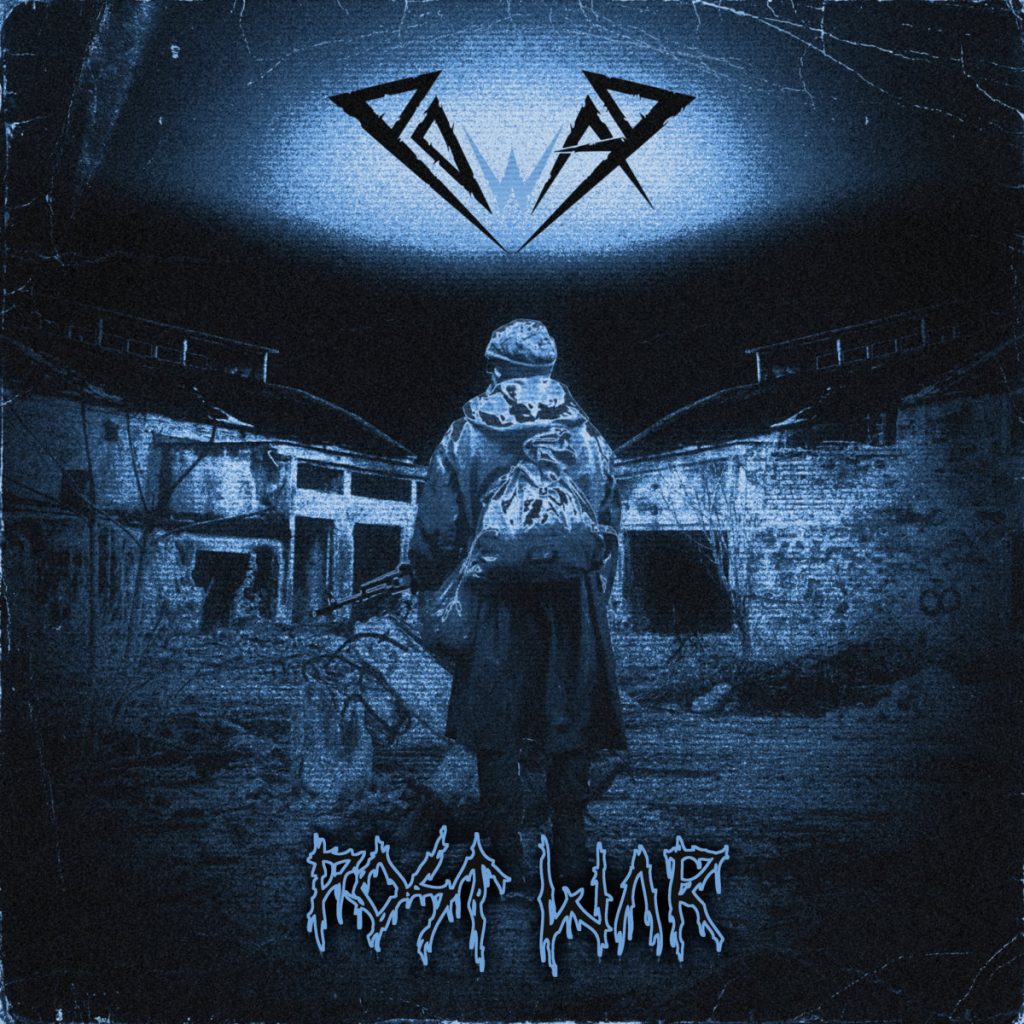