The summer festival season may be approaching its final burnt offerings but the line ups for the winter season of one dayers and weekenders sheltered from the kind of weather that makes England’s green and pleasant land exactly that are looking hot right now. No less than 14 bands have been announced so far for Novembers incarnation of Rabidfest and so without further delay it’s time we spent a moment talking about one of the more intriguing prospects in Alunah.

Born and raised in the Sabbath land, over the past twelve years or more riff worshippers have united behind the female fronted Stoner Doom Metal sounds that Alunah have created. Soaked in groove and psychedelia with hints of blues they have conjured six albums from 2010’s “Call Of Avernus” to this year’s “Strange Machine” with “Wicked Game” from 2018’s “Amber & Gold” being their biggest single. But who cares about statistics when you have shared stages with Paradise Lost, Mondo Generator and The Obsessed to name but a few? The road hogs know how to sweat with the best of them so expect things to get cosmic when they do. Mentioned in Metal Hammer Magazine no less back in May, vocalist Siân Greenaway, guitarist Matt Noble, bassist Daniel Burchmore and drummer Jake Mason have already been well received at Desertfest this year with cuts from their new album going down a storm. An eighth reason to get yourself a ticket and head over to The Bullingdon in Oxford in November? You bet your bottom dollar they are! 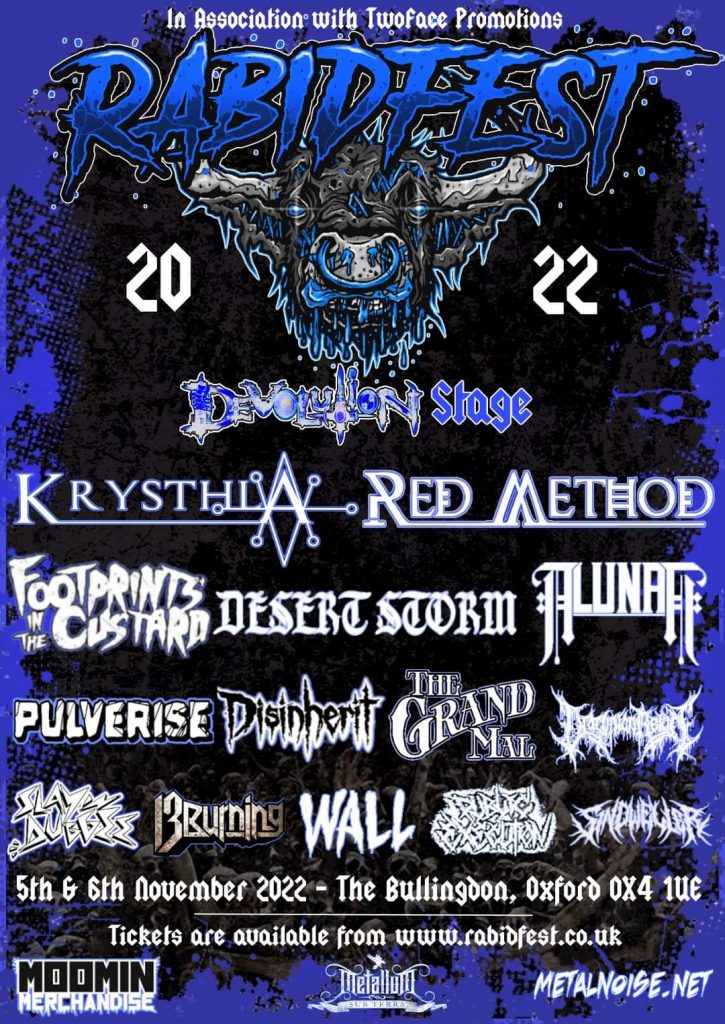