After the arrival of the third EP “As The Sky Begins To Break” from Ruina this past weekend we simply had to have a chat with the man, the myth and the legend that is multi instrumentalist and vocalist Harv Lake. The band have evolved from Metallica Hardcore into what is best described as a Modern Metal sound over the course the their career to date with each record breaking single, let alone each record breaking new ground and offering something interesting without ever straying too far from the left hand path. So without further ado, here it is in all of its glory!

How have you found the reaction to “As The Sky Begins To Break” so far? Does the streaming of the singles before the records release surpassing 10k encourage you or is it all about the live show attendances? “I guess it’s everything combined. There’s so much that we put into our releases and we want the best possible result. Saying that, the reaction has been overwhelming positive. We’re a new and different beast now and it feels good to finally have the best version of the band out there”

This time around you’ve gone through another line up change; We’ve all seen the videos of you guitar talents so that is a logical one, but how did the decision to switch to clean vocals only and bring in Chris Owens to handle the uncleans come about? Were there any nerves ahead of the first live shows handling both guitars and vocals? “Not at all, in fact, more confident. Chris is an insane talent and brings so much to the band with his vocals and his style of frontmanship. I personally love playing guitar and have always played the guitar on the previous records so it just made sense”

How does having dual vocalists affect the writing and recording dynamic? Cuts like “Wavebreaker” for example have a personal narrative about anxiety, so how do you come to agreement on how to split who delivers which moments come about? Do you both contribute lyrics? “For this release, all the lyrics and parts were decided by myself. But when it came to tracking the vocals in studio, Chris was really skilful in placing extra parts here and there where I just hadn’t even thought of! It’s been a really easy and enjoyable process”

You’ve come a long way from the days of the “Nemesis” EP evolving from Metallic Hardcore to a pure Metal act; do you feel like with “As The Sky Begins To Break” you’ve reached the sound you want to make your mark with or do you feel like you’re still on a journey? “It’s too soon to say, but we’re definitely comfortable with this version of the band. It feels final and complete, so hopefully people will hear that when they listen to the record”

The geolocation element of Spotify always makes for curious reading; does having listeners in New York, Los Angeles, Philadelphia and Chicago make you want to spread your wings and head over to the US? “If we were funded and asked to go, we’d do it in a heartbeat. However we’re very grateful for our US listeners who listen to this small time Metal band from the south west of the UK haha!”

On the subject of shows; you’ve teamed up with Newcastle riff beasts Rituals for a couple of runs lately; how did that mutually beneficial relationship come about? “Myself and Lewis from rituals began chatting on Instagram last year and we just clicked. When we did our weekender with them back in June it was just laughs all round and a mutual appreciation for each other’s music. I joined them for their cover of Bulls on Parade and it was a fucking blast!”

We’ve mentioned Bullet For My Valentine and Killswitch Engage in our review of the record but who would you consider your inspirations for it? “A huge inspiration for the latest record has been Orbit Culture, a fantastic band from Sweden. Other bands thrown into that mix would be In Flames, Bleed From Within and obviously… Bullet”

What’s next for Ruina? “Take every gig as it comes for the rest of this year and I lying if I said we weren’t eyeing up the possibility of album number 1…”

“As The Sky Begins To Break” by Ruina is out now and you can find it everywhere that’s good. If you enjoy what you hear, they have a mighty fine selection of merch here. 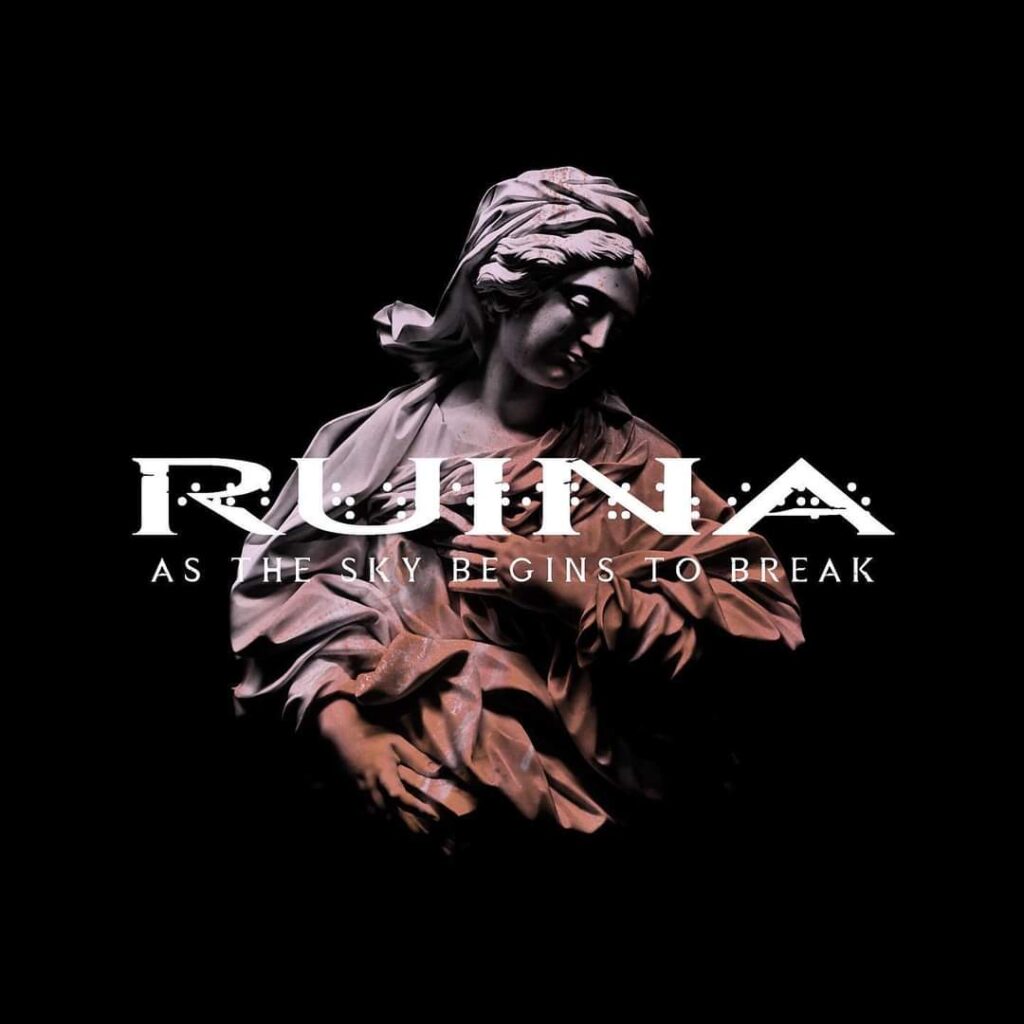