Produced by Texas Death Metallers Martyred and mixed and mastered by Juan Urteaga at Trident Recording Studio (Cattle Decapitation, Exhumed), while being accompanied by an artwork from Jon Zig (Disgorge, Defeated Sanity) with additional graphic layout by Bob Toderico (Asphyx, Pestilence), “The Relegation” has been unveiled via Time To Kill Records. “Sadist Globe” has been plucked from it for a release day lyric video…

Guitarist Mike DeBord states: “‘The Relegation’ is something that we’ve been working on for roughly the last couple of years. With this being our first full length album following two previously self released EPs, ‘Exemplifying Their Defeat’ and ‘Dawn of Terror’, we wanted to make sure that this effort stayed true to the Martyred recipe, but also allowed us to showcase the evolution of the band as well. During the time between the last release and working on this one we were able to harness our individual darker times & experiences, and translate them into this in the most honest and brutal way we could… as a band I believe that’s what we have done with ‘The Relegation’.

I think the addition of Jason Frankhouser writing on this album will be the most noticeable difference on this one. He wrote 2 songs, I wrote 2 and we co-wrote the others. I think his writing style gelled really well with mine and he has been a great fit. He wrote solos on the Dawn of Terror EP, but this is the first with rhythm contributions and it’s worked out quite well. On a personal level he is a hard working dude touring as FOH sound for Bob Dylan and others. I would also like to say bringing on Rene Martinez on drums has brought a lot of power to the sound. Rene is an extremely driven guy who worked his tail off on this. He dedicated a lot of time as we all did, but he was determined to push himself to the limit on this. Metal is in Rene’s blood and he lives to play and be active as he has in his other Bands, Stabbing & Flesh Hoarder. I think the combination of all of our styles and different backgrounds has made it what it is and I’m excited for people to hear it“.

“‘Sadist Globe’ travels into the mind of a madman whose obsession thrives on seeing the human race destroy itself. Longing for the global decline of modern man, he embraces the chaos-induced visions of mental and physical trauma as euphoric dopamine rushes through his veins”. 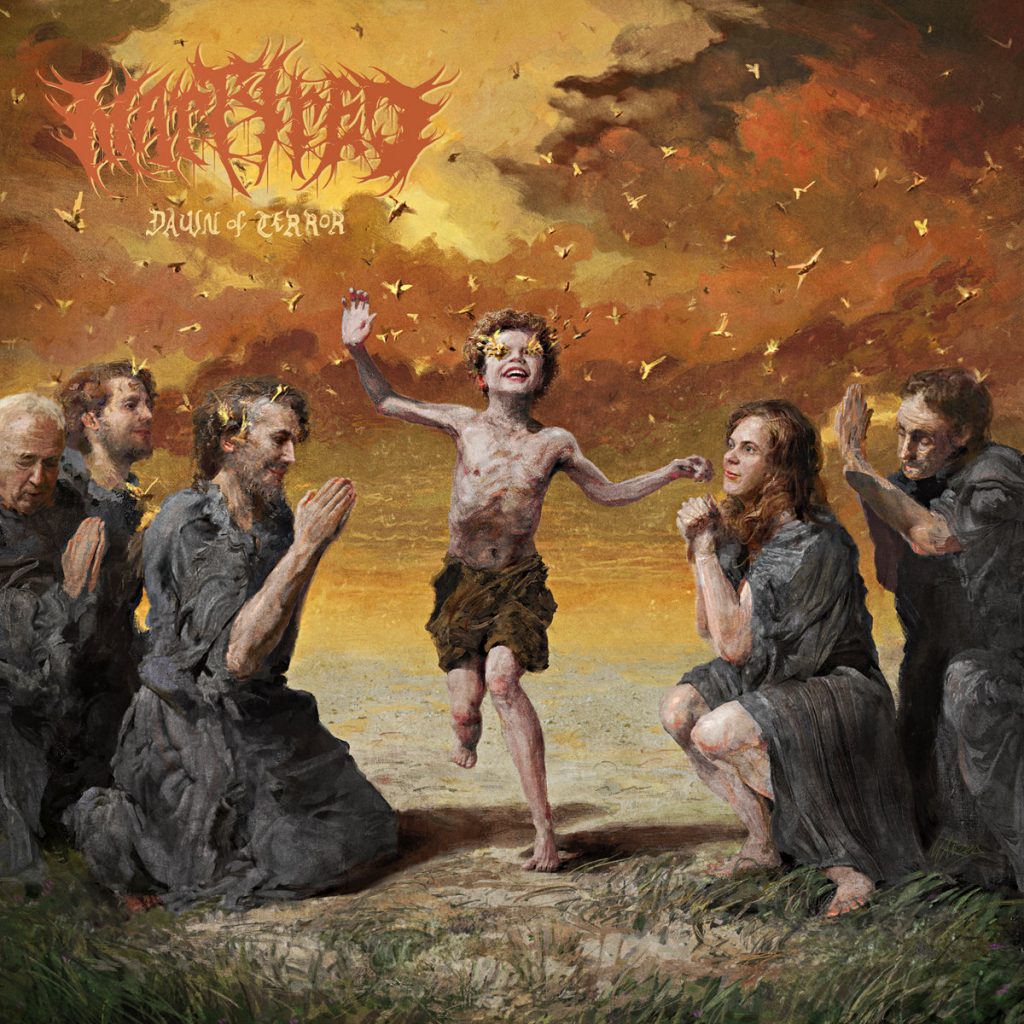 Tags:Dawn Of Terror, Martyred, The Relegation, Time To Kill Records