In time honored fashion, Welsh Post-Hardcore act Dream State got their fanbase to send to them clips of themselves singing along to “Are You Ready To Live?” from their major label debut “Primrose Path” and the result is out today for all to see. Somethings can’t be unseen though, you have been warned…
Read More

The rise of female fronted South Welsh Post-Hardcore Alternative Rock act Dream State to the Global stage with signing to UNFD for “The Primrose Path” has been nothing short of sensational. It was never a question talent, just a question of the right songs at the right time to gain them the right attention. They’ve shared
Read More 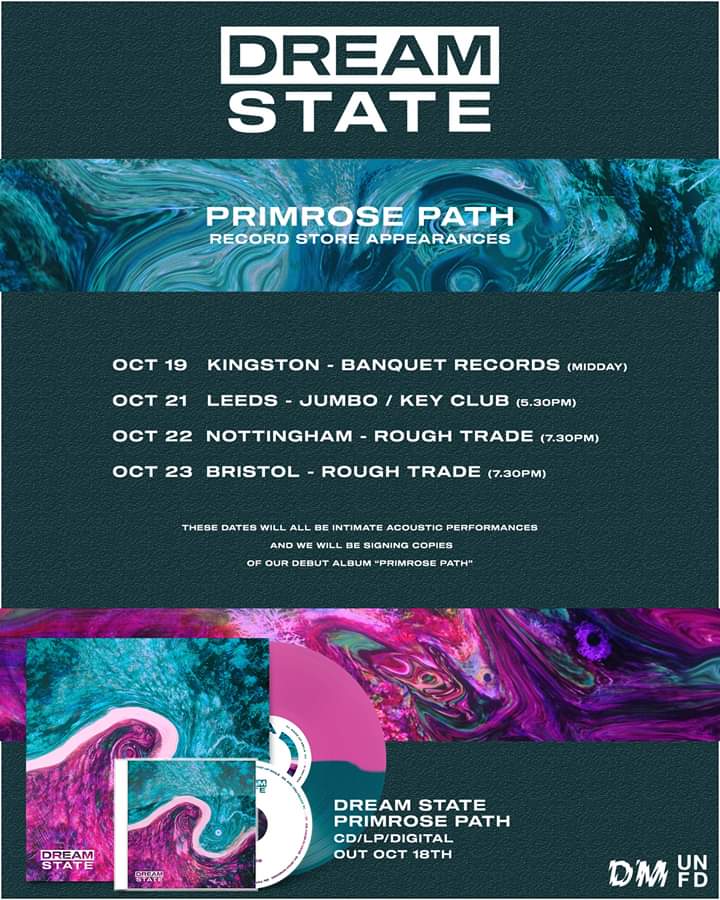 As “Primrose Path” appears from Dream State via UNFD records the Alternative band have lined up some Record Store performances to celebrate. The quartet of acoustic shows will also see the band signing copies of the album which appears on 18th October. So bring a Sharpie and and some cash. 19th Kingston, Banquet Records 21st
Read More