It’s time to get back to our scheduled programming after the Holiday Season. So to a song that was re-worked by Gift Giver from a band that for many acted as a gateway and have perhaps become something of a nostalgia act in Limp Bizkit. It’s time we put head to head two versions of
Read More

…Papa Roach. The Nu-Metal turned Alternative Rockers may be on album number #10 when “Who Do You Trust?” sees release in January but the band are probably still best known for their triple platinum major label debut “Infest”. Released in 2000, it features probably one of the biggest Nu-Metal anthems around in “Last Resort”. In
Read More

Florida natives Lordis returned with their follow up to 2015’s “Thin Line” EP at the end of July. The self-described Doom Groove or Nu-Metalcore quintet have been building up to the release for some time with single “S//o\\S (Six of Swords)” dropping its anchor way back in 2016. The 9 track affair was recorded by Guitarist
Read More

Detroit, Michigan Nu-Deathcore crew Gift Giver astounded when they switched from their previous Deathcore sound to a heavier version of Nu-Metal with Deathcore leanings for their third album “White Devil” in 2016. Having already received plenty of attention for previous effort “Sh*t Life” and being signed to Centry Media after infamously being turned away by
Read More

The third full length album from Detroit Deathcore crew Gift Giver, “White Devil” hit the streets back in October 2016. Surrounded by controversy following the exit of their bassist Dave Denard prior to recording the impact of which is heard on “Phobic” and “Scumbag Pt. 3” which hit up back to back in the first half of the
Read More 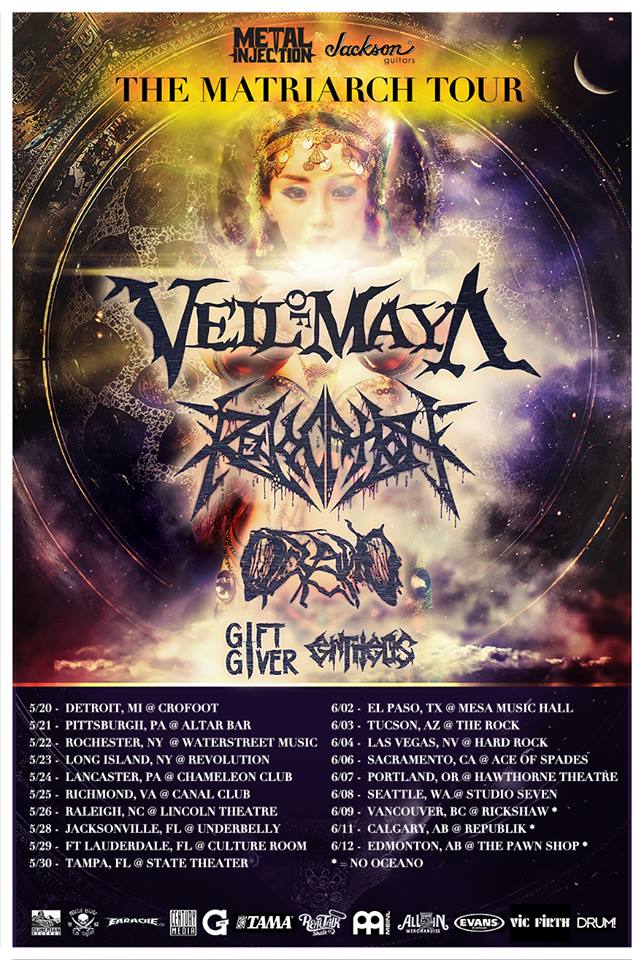