A concept album that takes the elements of Thrash, Black and Death Metal in order to reinvent the story of “Cthulhu Mythos” by H.P. Lovecraft with more socio-political lyrics, Greek trio Deathcraeft look to create an Odyssey of their own with “On Human Devolution” vocalist Nikonas Tsolakos, guitarist and bassist Kostas Kalampokas and drummer Giannis Chionidis (also of Progressive Death Metal act Echidna) recorded and mixed the album themselves at Infinite Loop Studio before passing over to Peter In de Betou (Amon Amarth, Arch Enemy, Dark Funeral) for mastering in Sweden. As they put it, the album is “describing the self-destructing nature of humans. Will humans be free or enslaved in the end? If you have read Lovectarft’s novels maybe you have an idea how it will play out, although it is not the destination that matters but the journey, right?”

There are times when concept albums don’t work without a knowledge of the source text but one thing that bands like Sepultura have done with their albums inspired by novels is to deliver something that is accessible in it’s own right and if you haven’t already indulged, then the albums themselves contrive to inspire you to pickup the book itself. That’s how it should play out anyway. Deathcraeft have created something along those very lines themselves with “On Human Devolution“. The conjoined twin of “The Ritual” and “Beginning of the End” passes the twelve minute mark with consummate ease, Tsolakos having the vocal range that gives the impression of two separate vocalists with a pair of unclean voices that pull and push throughout the gargantuan riff onslaught. This opening cut sees guitarist Kalampokas playing rhythm, lead and bass parts with dexterity and skill, mainly in a Blackend Thrash style. Chionidis maybe known for his work in Progressive Death Metal, but he understands how to do the atmospheric stylings of Black Metal very well and the blast beat segments withing this one are so perfectly executed that they could easily have been created in the cold, frostbitten forests of Finland. “Spreading Lies” has the addition of a cinematic sample that brings chilling science fiction into play before diving headlong into frantic and frenetic riffage that is coupled with some Orchestration. Essentially a Black Metal track, it sees Tsolakos finding a third voice he roars “Spread your lies, their demise, we will rise, we are the servants to oblivion” before Kalampokas cuts into an impressive Trash solo that on paper should sound out of place but in reality is perfectly timed. The lyrical theme then crosses into “Welcome to Oblivion” which is has influences of the likes of Exodus in its makeup, especially during with a couple of ripping solos with a tasteful whammy bar edge. It becomes more and more obvious as the brilliantly executed variety of Metal within this album plays out, that each of these three players could be in a band of any Metal style and carry it off to perfection.

The deranged lyrics of “Survival” see Tsolakos take on the role of a a man who dislikes human kind and avoids human society, frozen in time but very much alive. It’s a powerful statement piece and blackend beyond compare with a great majesty to it none the less. Those polarizing moods within a single entity are hard to achieve but done incredibly well and then flipping the script for “Daydreaming in the Abyss” which is a Thrash infused Death Metal track that takes the best of David Vincent fronted Morbid Angel and then gives it a tension filled slower head bang and classy lead licks makes for a jaw dropping listen. “Paving the Way” is the tale of a man possessed by voices inside his head, instructed to carry out demonic work as instructed, paving the way for the apocalypse. Increasing the tempo and urgency for this one continues the ebb and flow of the album while the musicianship is as tight as ever. “Free into the Void” has a schizophrenia to it during the opening half before building into some mid track orchestration with a steady climb of a epic finale… but just when you think it’s done there is a final haunting return with an eerie instrumental that cuts like film credits. This maybe the first collaboration between this trio but if this is the shape of things to come from them, then it’s going to be a white knuckle ride that everyone will enjoy [8.5/10] 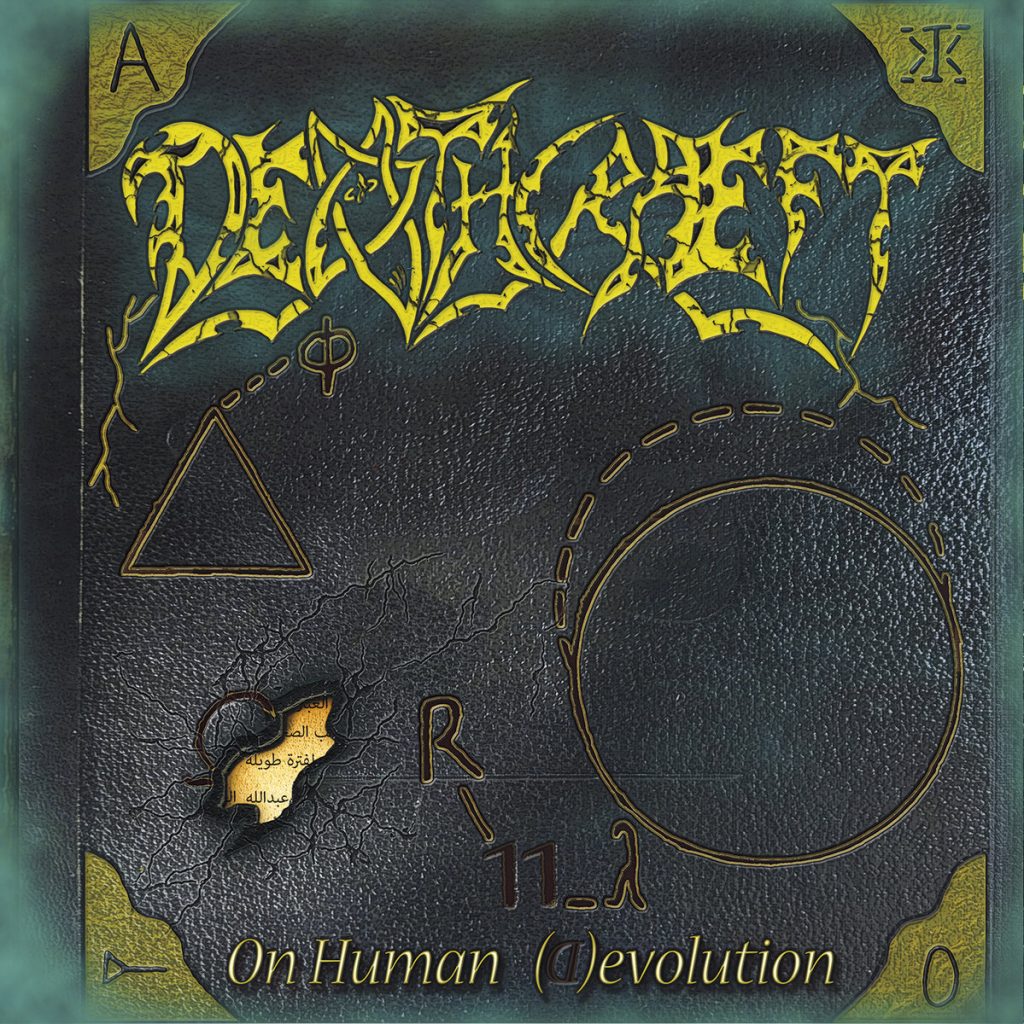