Skip to content
HomeReviewReview: “The Art of War” by Chapfallen

What’s in a name? Well for anyone who is aware of American Head Charge, their album “The War Of Art” may pop figuratively speaking into their head when they read the title of this debut EP from Chapfallen. A six-piece band with dual vocalists in Brad Rogers and Max Cottrell and a guitar duo in Josh Eardley and Tom Longshaw with a rhythm section of bassist Dave Morris and drummer Jordan Wright who hail from Stoke-on-Trent and describe themselves as “a unique blend of aggressive Metalcore and groove metal, driven by the united vocal talents of two front-men.” They also have an interesting mission statement of sorts which that says “Initially the band began as an outlet to combat mental health issues, but before long, that wasn’t enough and they now seek to revitalise the local scene with their unique blend of groove, passion, and provocative lyrics.”

A somber and sobering piano introduction entitled “Db00285” opens “The Art of War” on a Melodic Death Metal note and serves as the lead into “Fugue“. It may not be an independent track as such, but is sets the tone and enables the band to almost dive head long into the following track with minimum introduction. That is a galloping Metalcore track with it’s roots firmly in the early 2000’s scene and a clear Death Metal influence while keeping the somber mood of the introduction piece and building on it with some tasteful lead guitar moments and brutal vocals. Playing on melody by attacking in waves of aggression that drop back into it before coming back again gives the track a nice ebb and flow and the feeling of early In Flames. “Iconoclast Arise” builds some intensity with dirge laden verse riffs and brighter leads over the chorus moments and while it doesn’t quite reach the levels of say Krysthla, it comes pretty damn close and the two would make good touring partners. The chorus is as catchy as it is ferociously delivered and you’ll soon find yourself absent mindedly singing along to the lines “Stand your ground, Don’t back down, Rise against those who would cast you down“, it’s that kind of infectious.

Songstress Olivia Wilkes provides some beautiful aching female vocal harmonies to contrast some of the post-hardcore isms of “Liminal Presence” which offers up melodic guitar work and the screamed vocals of a tortured soul. The gang chant vocal parts will go down extremely well live, while the solo is a moment of beauty in the face of the anguished lyrics. The level of emotion on show is something that some bands would shy away from. Title track “The Art of War“, bites back with a step up in pure hatred with some venomous vocals and a couple of tight “Bleigh!” moments as the clenched fist to the emotive aspect of the previous track. Some tight breakdown moments and staccato riffs weave nicely together and perhaps indicate that Chapfallen are heading in a similar direction to Red Method. “A Revelation” probably has the best pacing on the record with some dedication to extending the higher tempo sections and adding in some fleeting leads over what they do in some of the other tracks here and the focus of the mix has clearly been on the guitars with the drums being a little bit muddy in places. That doesn’t however stop the vocals, which are just as hard hitting and throat shreddingly good on this final track as they are on the first with the vocalists interchange being perfectly timed throughout [7.5/10]

“The Art of War” by Chapfallen is out now and available over at bandcamp. 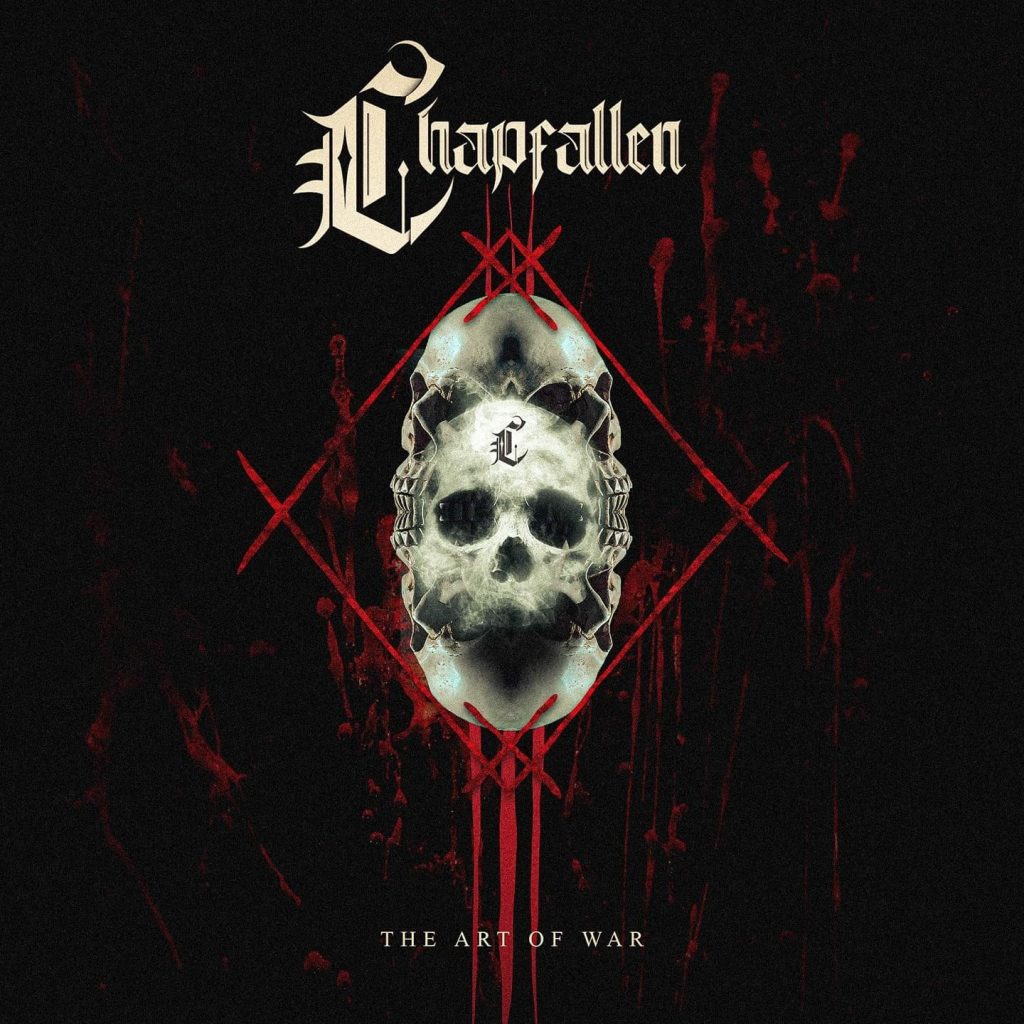 Tags:Chapfallen, In Flames, Krysthla, Red Method, The Art of War