Eventually recorded, mixed and mastered by Christoph Brandes at Iguana Studios (Thron, Requiem, Asmodina) in Germany, “Time Fracture” was originally set to be a five or six song EP to follow 2018 concept album “Resilience” however closed borders in Europe meant that Swiss quintet Lotrify were left in stasis in their practice space. Sacha Wacker (Vocals), Silvan Laube (Bass, Backing vocals), Fabian Umiker (Guitars), Yannick Bislin (Guitars, Backing vocals) and Sergey Belyavsky (Drums) used their time wisely however, writing more material for the effort and when they were finally able to get to the studio in the summer of 2021, nine cuts were completed…

…an EP and two albums in 13 years may not seem like much but you would hope that quality over quantity was indicated by that and that this was the work of a band who have honed their skills in the live arena and have captured their live energy like lightening in a bottle. When it comes down to it, Lotrify have something of a nostalgic sound, reminiscent of the bands that surfaced in the post Nu-Metal era with a love of Pantera and whiskey fuelled debauchery, but with the power of modern production giving them more in the way of satisfying crunch in the guitar tones while the drums sound nothing short of immense. Opening cut “Left Behind” certainly sounds like that, bringing the swagger of Groove Metal in the vein of Lamb Of God, with some unhinged shriller vocals which intertwine with the Death growls as it plays out before the rapid fire “Bleed Alone” builds on those foundations with bursts of blast beats. An almost clean chorus is an interesting one; it adds a sing-a-long factor and the transitions are slick but despite the quality something about it doesn’t quite sit right, like the band are trying a little too hard to tick all the boxes with this one; however they work very well on “Close to Distant” and follow up “Bring It On“, both of which have incredible kit performance and are soaked in pounding groove. Then you have “Clashing Bones” which has the whoa’s you might find on an old Offspring album to give you that little bit of something extra. There is deliberate steer away from leads and solos on these tracks, there are a few opportunities to do that however the band instead prefer to do their damage with tempo changes and rely on the vocals to convey the emotion behind the lyrics; the more melodic “Dreams Of Mine” having a real grit and integrity to it that makes it far more powerful and hard hitting. It has ethereal notes which are echoed out in the instrumental “Time” before an unexpected Thrash fuelled twist in the tale for the title track that is perhaps a tip of the hat to days gone by when the band opened for the likes of Exodus and Testament. Overall, a solid Groove Metal record with a few plot twists that you might not expect, Lotrify are a band who could share a stage with pretty much anyone and not sound out of place [7/10] 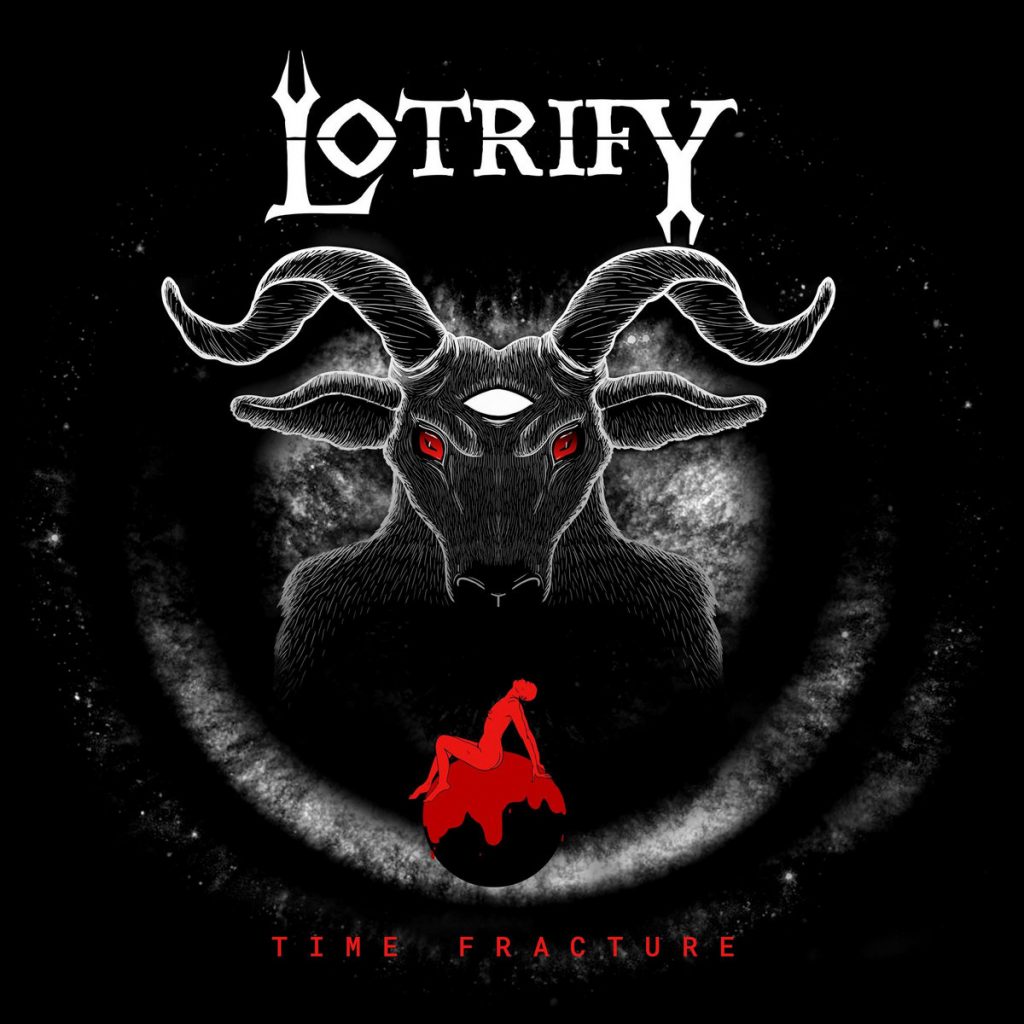