May 2019 saw vocalist Harrison Burkardt, guitarist duo David Scordato and Devon Marr alongside drummer Taylor Bayless and bassist Keith Huffman, better known as  Tucson Deathcore collective Decayer ink a deal with We Are Triumphant for album “End Note” in follow up to their brilliant “The Agony Cycle” EP. Little over a year later and they’re very much back with “Shades of Grief” which had a pair of singles appear before the release including “Nobody“, which has already smashed out 358k worth of Spotify streams…

…which fittingly is exactly where “Shades of Grief” begins, with a thunderous groove of pummeling rhythms and crossing over Deathcore isms with Metallic Hardcore moments in brutal fashion. Breakneck switches between downtempo moments and Black Metal blast beats see the band change gear both effortlessly and impressively. It’s a stunning opening with that leaves no doubt that this band are going to make a mark of their own. Similarly “Living Death” flies out of the gate like a bullet from the barrel as they cut in some Death Metal riffs and the vocal range of Burkardt makes a serious impression. Some caustic growls from the black depths, hardcore barks and just below Slam blood gargling are all felt on this vicious little ditty. Giving “Cold Wind” an Anime music video upon EP release was a moment of genius as the track arguably best represents where the band are at with their overall sound. Breakdowns pile up awaiting tow trucks, with staccato riff breaks a and a couple of slick lead moments thrown down for good measure make for a rapid fire mosh pit filler. Burkardt even manages to shoehorn in some vocals that are reminiscent of Tyler Shelton of Traitors while the EP title gets a name check in the lyrics. “Talented Sun” sees Burkardt roar about the American Dream over some juddering angular riffs with some buried electronics providing atmosphere. A clean vocal moment that backs an equally brutal unclean segment shouldn’t be allowed to detract from what Decayer are doing, it fits perfectly and half the fans will be pitting so hard at this point that they won’t even notice. This new EP sets the tone for the future of Decayer as a Deathcore band who aren’t afraid to change up with Black Metal, Death Metal and Metallic Hardcore moments to bring the house down. “Shades of Grief” is an inspired return [8.5/10]

“Shades of Grief” by Decayer is out now 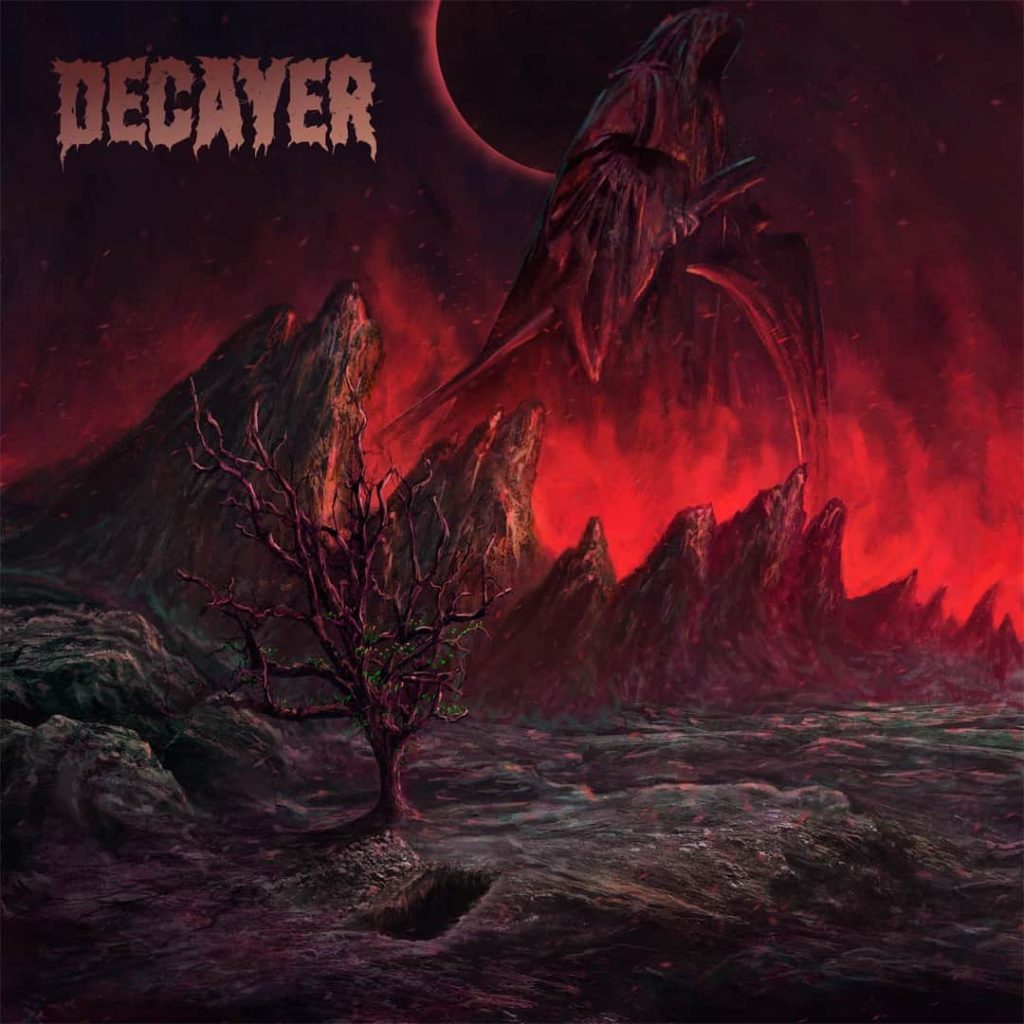 Tags:Decayer, End Note, Shades Of Grief, The Agony Cycle, Traitors, We Are Triumphant