Skip to content
HomeReviewReview: “Mount of the Congregation” by Karma Violens

The highly anticipated fourth studio album and follow up to 2018’s “Serpent God” from Greek Extreme Metal horde Karma Violens has has been primed as the bands most straightforward release to date and recorded and mixed “Mount of the Congregation” at the Symbolic Studios which owned by their guitarist Costas Papadopoulos and mastered at Hertz Studios (Behemoth, Decapitated, Demonstealer), they chose to go independent with it and escape the shackles of a label. Offering a combination of Blackend Death Metal infused with Thrash, vocalist Ilias “Blackbones” Zounis, guitarist duo Costas Papadopoulos and George Karakouzidis alongside rhythm section of bassist Steven Elpiziotis and drummer Sevan Barsam have been stalwarts of the Greek Metal scene since 2002, sharing stages with the likes of Amon Amarth, Fear Factory and Testament while remaining one of the most brutal bands the region has to offer.

Taking their name from the cause and effect cycle of the concept of Karma and the Violence all of us can witness on the streets around the World after nearly 20 years together you might think that the blades of Karma Violens would have been dulled by the weight of the what they see but you’d be wrong. The band remain steadfast in their violent reaction to what they see and as “Necropolis” bleeds into “Embrace” with an ethereal quality from almost choral siren calls, the scathing vocals from Zounis separate flesh from bone, taking elements from Symphonic Metal and mixing them with Black Metal with some breathtaking technical riffs that are nothing short of mesmerizing. Thrash infused Death Metal lights up “One Way Journey” as Zounis strains every Zounis with a pair of differing voices piecing your ear drums with an injection of the demonic and the leads of “The Observer” are glorious as they combine with the intensity that the band create on the track. The dark dynamic the guitarist duo create is highly impressive, they clearly know each others abilities inside out and they make it seem effortless here while the solo which has its roots in classic rock we should also give a mention to as it really is something special. What makes the album a success is the bands blending of styles with little bursts of each within the walls of each song that remove any boundaries the genre tagging has created for them with rampaging blast beat passages “Great Old Ithaqua” flow into Thrash riffs that build into Death Metal brutality and they key is that it is done effortlessly in the transitions. The pulverizing finale of mid section of “My Storm Upon You” that builds into a tapping section is spellbinding while the influence of bands like Obscura and Decapitated there are Zounis roars “I am the Sun!” during the thunderous rhythms, clenching his fist and shaking it at the blackened sky above him.

If there is a politically aware meaning to “Kingdom of the Deserters” it is well hidden in a tale that appears to reference ancient times with some more Traditional Metal riffs that you might find from bands like Witherfall cleverly worked into sections of gut punch Death Metal before galloping away into the kind of atmosphere that Black Metal creates with sinister urges and haunting looks that smash the clock in fear. The somber “Exodus” has some Doom Metal influence in it as the macabre cellos play before “Mount of the Congregation” takes to flight with the beautiful vocals of Natasa Tsirou of Mighty N being interspliced with those from Zounis as they play beauty and the beast, indeed for fleeting moments throughout the album he reminds of an “As The Palaces Burn” era Randy Blythe. The combination works incredibly well, especially as the band do not compromise their style in order to integrate her voice; it would be something we would love to hear them work on more. Instrumental “Fly into Starlight” is the pallet cleansing before the final onslaught, a moment of peaceful tranquility, the calm before the storm of “The Gathering” which is a mid-tempo barnstormer with Groove Metal leanings that sets the scene for the pummeling “Mark on my Forehead“. A cut which takes the direction that Devildriver could move into for their next album, it is a monster of dark melodies and blast beats with a mournful melancholic atmosphere before breaking out in to some power house staccato riffs in the final third. Saving the best solo until last “Light Beyond the Event Horizon” is an absolute monster, befitting the album cover art as the band let the throttle out and go from zero to slay in just a couple of seconds and with Zounis final raspy dry throated roar the album is ended on the perfect note [8/10]

1. Necropolis
2. Embrace
3. One Way Journey
4. The Observer
5. Great Old Ithaqua
6. My Storm Upon You
7. Kingdom of the Deserters
8. Exodus
9. Mount of the Congregation (ft. Natasa Tsirou of Mighty N)
10. Fly into Starlight
11. The Gathering
12. Mark on my Forehead
13. Light Beyond the Event Horizon 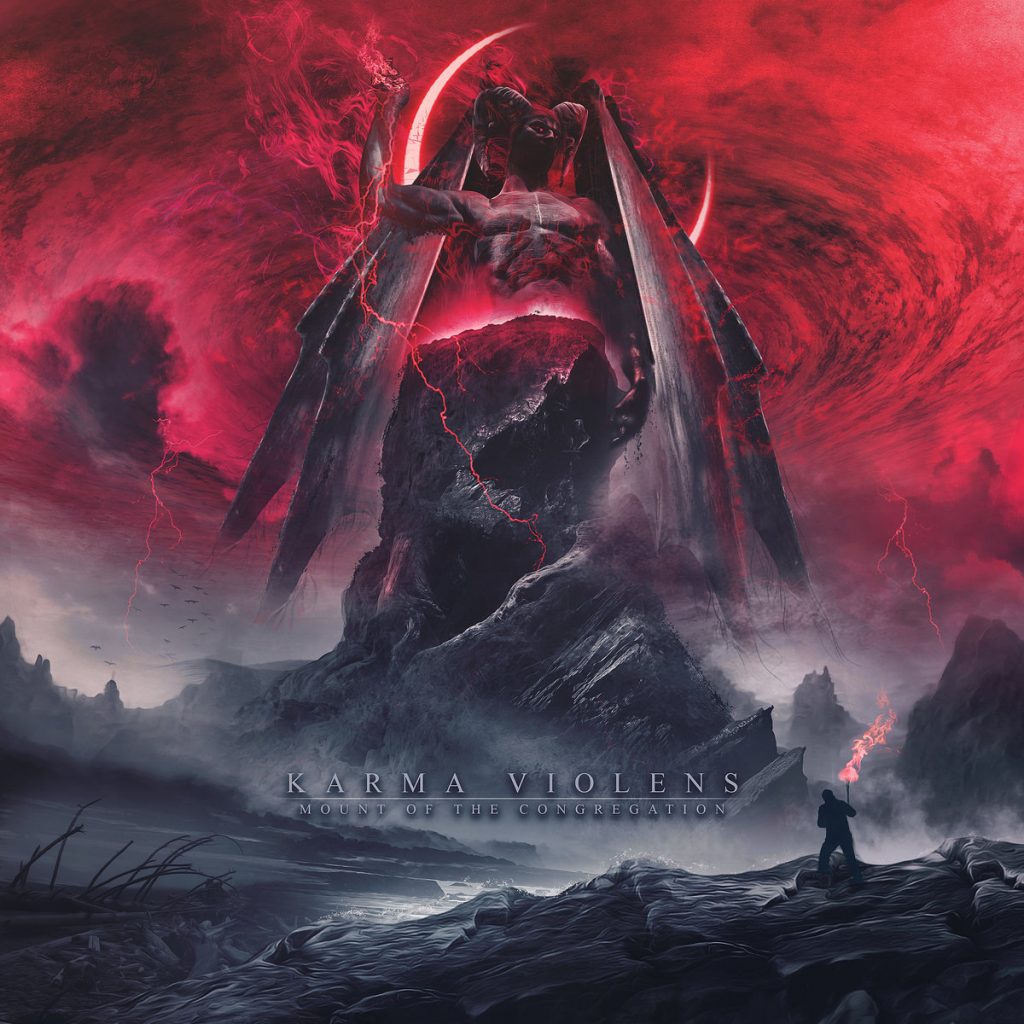