The second chapter in a trilogy of three track EPs, “Natura” continues the journey of Polish Death Metallers Symbolical. The first chapter, “Igne” told the story of Jesus’ birth but not as popularly accepted… Mary giving birth to Jesus the Antichrist, who condemns the world to destruction with cover artwork by William Blake in the form of a painting titled “Judas Betrays Him” c.1803–5. Now with “Natura“, once again inspired by William Blake, Jesus faces Dark Urizen, the Universe’s brother who cast Jesus into hell where he will become the leader of demon army…

Once again recorded, mixed and mastered at JNS Studio by Paweł Janos (Antigama, Hostia, Riverside), it is unclear as to whether each part of this trilogy was recorded together or separately but both chapters are of similarly epic grandiose stature, “The Dread World” opening with some brilliantly meloncholic leads before the thunderous percussion of former Vader and current Dimmu Borgir live drummer  Dariusz “Daray” Brzozowski re-animates the corpse. The cut has a powerful and almost ethereal quality, feeling like the awakening of a dark monster from the black depths, the horror of what is about to unfold not yet sinking in as the cut reaches a crescendo. That leads into “Dark Urizen“, a cut which features guest guitar work from Tomasz Radzikowski of Spirits Way and formerly Black Altar. Vocally Paweł “Cymer” Cymerman delivers a more foreboding performance here as the dark storms threaten to capsize the ship and smash it to oblivion upon the rocks, a maelstrom of rhythmic battery shrouded in sumptuous melodic leads guitars as the band confirm their reputation for being masters of creating dark and oppressive atmospheres with a stunning cut. Defying the odds, Symbolical save the best until last with the majestic “Abominable Chaos“, which has to go down as one of the most vibrant pieces of Death Metal you could wish for. It’s the unadulterated depiction of light in the form of ethereal lead guitars breaking through the dark clouds in the form of a rhythmic pummelling that sounds like it should be performed at the Royal Albert Hall, demanding the quality of those acoustics so that it can be heard at its absolute finest, such is it’s majesty. The pallette cleansing ambience of the final moments sounds like Whale song and prepares us for the final onslaught of the third chapter in jaw dropping fashion [9/10]

“Natura” by Symbolical is out 8th September 2022 with pre-orders available over at bandcamp. 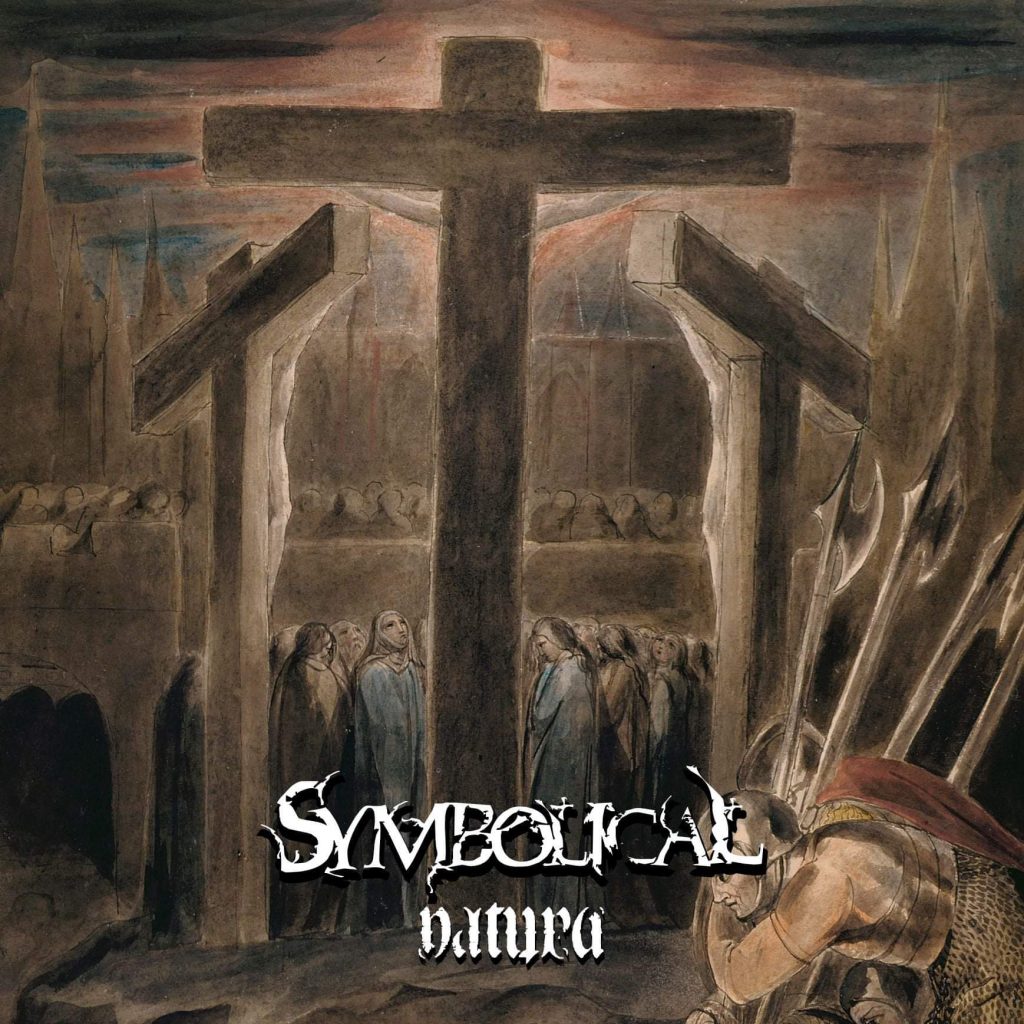