The rise of Manchester Technical Deathcore five piece Monasteries since their 2018 offering “Pulmonary Failure” was cemented by the surprise news that they had inked a deal with Seek & Strike records, the label home of Upon A Burning Body, Exist Immortal and Orbit Culture to name but a few for this release. That has meant that a couple of music videos created with the aid of Loki Films have reached a far wider audience than they may have otherwise and while it was mixed and mastered by Myroslav Borys at Jigsaw Audio (Confessions Of A Traitor, Last Hounds), “Silence” was actually recorded in a grace period when studios were allowed to open between lockdowns. In the year of the Great Plague the band are promising carnage at each and every single show once touring life resumes and frankly, what else would you expect from a band that were brought up on a strict diet of The Tony Danza Tapdance Extravaganza and The Acacia Strain and who dropped their first single “The Achiever” in 2013?

In Japanese folklore Jorogumo is a Yôkai, a creature, ghost or goblin with the form of a spider, that can shapeshift its appearance into that of a seductive woman when it wants to eat a human and joining a collection of bands like Within Destruction and Majin influenced by Japanese culture, Monasteries have chosen that as the subject of their crushing opening track. Dark, sinister and loaded with eerie, haunting atmospheric moments, its an absolute skull crusher of a Technical Deathcore cut that also has flavours of Gloom Metal as it switches up between brutal blastbeat segments and then back down to Downtempo moments bring the slow headbang. Make no mistake, this is music to make you move, throw down in the pit and get rowdy, those chilling edges adding something dark to everything. The whole EP has throat splitting vocals from Josh Davies but “One Minute To Midnight” seems to drag something more from him during the savage tempo shifts that move like the desert sands of the Sahara. The flow of the transitions is immense, not just cause they are executed with laser guided precision, but because they’re so damn frequent, which means as a listener you’re always engaged because if you’re not, you simply get lost in wave after wave of spine juddering angular riffage. The reflections within the lyrical concepts are also ocean deep with “Digital Suicide” ruminating on the destructive nature of humanities increasingly online lifestyle that leaves us unknowingly with no control of how we are portrayed. It has very Within The Ruins esq moments in it and the extremities of tempo and almost nauseating time signature changes are simply jaw dropping and talking of that “Allowing Your Traitors To Die” has plenty of those kind of moments with some clear Josh Travis (Emmure, Glass Cloud) inspirations in the guitar work. That just leaves the title track “Silence (In The Place Where Heaven Should Be Found)” which has clearly had a lot of work poured into the atmospheric side of things because it is simply majestic. While all the other tracks are proficient in riffs of all kinds that pour from every orifices, this one adds an ethereal quality that leaves Monasteries sounding like Enterprise Earth on steroids. As a whole, there is so much going on here that you’ll find yourself mesmerized, each repeated listen brings something new that you simply didn’t hear before as your brain was too busy thinking about the last moment to stay in the now. The only real question is why February 2020 single “The Amygdala Chorus” isn’t present on this one… [8.5/10]

1. Jorogumo Yokai
2. One Minute To Midnight
3. Digital Suicide
4. Allowing Your Traitors To Die
5. Silence (In The Place Where Heaven Should Be Found)

“Silence” by Monasteries is out now and available here 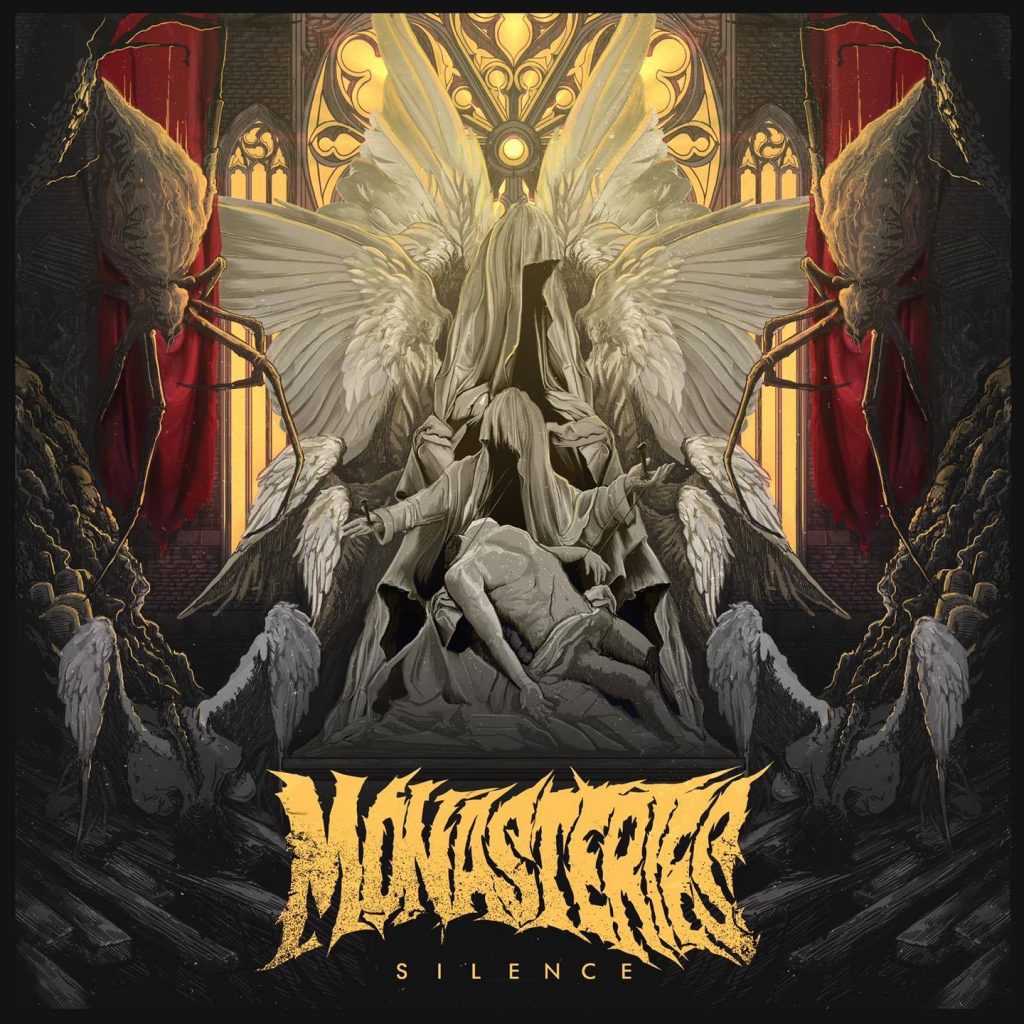