Skip to content
HomeReviewReview: “Vacuumed Half To Deaf” by Plants

An explosively energetic Punk Rock trio based in Sydney New South Wales, Plants are the kind of band who pull the pin out before handing you a grenade just for s***s and giggles, creating music with an Aussie sense of humour that falls between Blink 182 and My Latest Failure. They made their debut with “Songs About Mostly Pubs and Drugs Vol. 2” back in September 2019, a hilarious five track affair recorded at The Pet Food Factory with Jay from Frenzel Rhomb and have returned for round two with “Vacuumed Half To Deaf“.

The first bite is with the eye and the cover artwork from Jaben Betz at Pineapple Stickers deserves a mention as it’s hilarious. The Queens of the Stone Age fuzz of “Stoned at Breakfast” takes hold as the first track proper, complete with reference to morning glory while the infectiously catchy chorus is good fun and “Friend” continues in the same vein with a bit of ska punk thrown in for good measure, a cut about having friends who you meet down the pub but don’t really know that much about, which something we can all relate to. The NOFX esq gang chat loaded “Ripped My Banjo String” then sends things in a more punked up direction and if you don’t get what it’s about by the title, you’re in for a treat before the ode to those keyboard warriors and note leavers who don’t have the cajones to “Say It to My Face” which is a subtle melodic classic drinking song. Deez Nuts should cover it to close their set. The most angsty punk track is “C***s F***ed“, a rapid fire little ditty about someone we all know who talks a good game but spends their time getting so wrecked that they won’t achieve anything except pissing in their shoes, a sing-a-long classic and two-steppers delight. “High on the Weekend” brings The Offspring vibes with a nostalgic look back at the times of the bands youth. All bases of Punk Rock covered, “Vacuumed Half To Deaf” is the no-nonsense drinking persons EP that everyone can enjoy, if for no other reason than it’s great fun and doesn’t take itself seriously [7.5/10]

“Vacuumed Half To Deaf” by Plants is out now 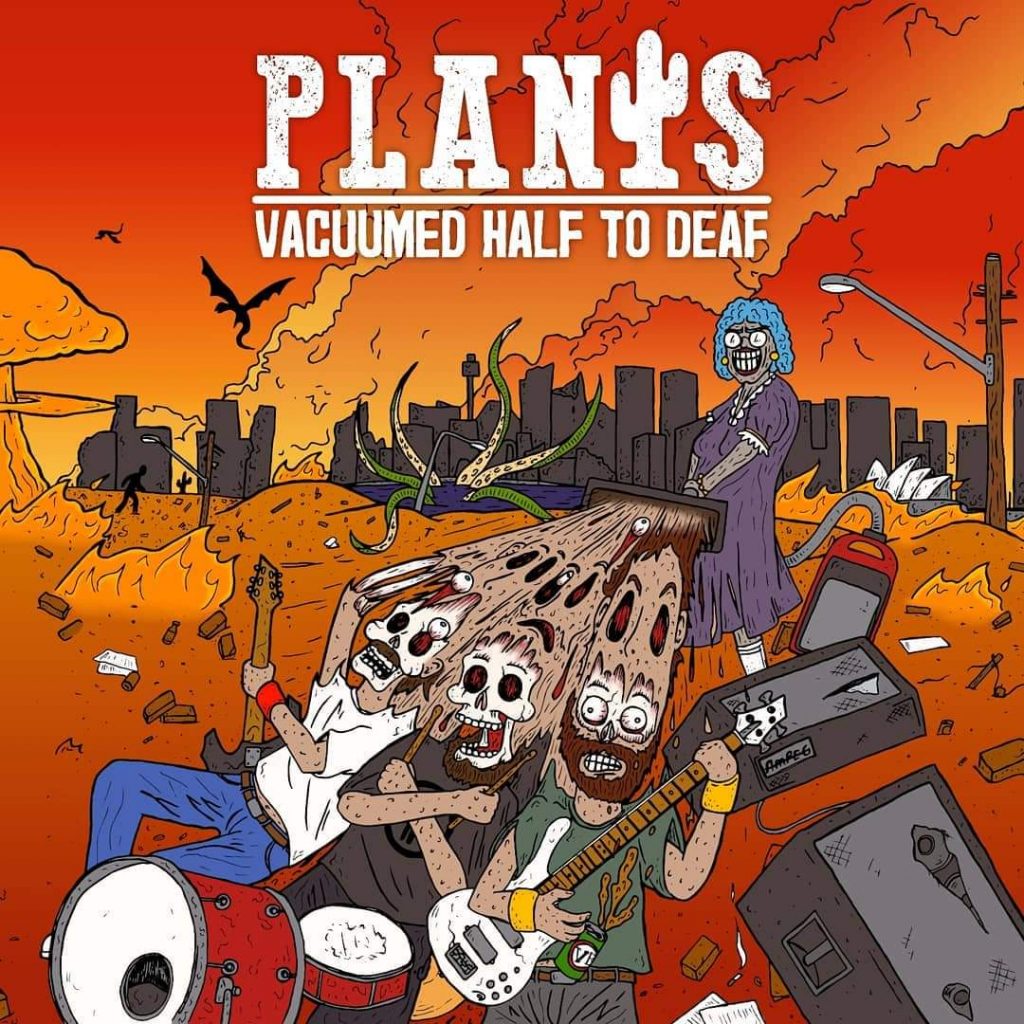 Tags:Deez Nuts, NOFX, Plants, Queens Of The Stoneage, Songs About Mostly Pubs and Drugs Vol. 2, The Offspring, Vacuumed Half To Deaf